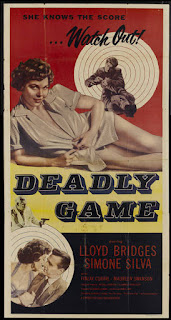 Third Party Risk (this was the original 1954 British title  although it was released in the US under the titles The Deadly Game and The Big Deadly Game) is one of those crime thrillers made by Hammer Films in the early 50s that have now been relabelled as film noir although their noir credentials are questionable at best.

As with most of Hammer’s crime films there is an imported American star. These were usually second-tier stars but mostly they gave quite decent performances. Lloyd Bridges is the star of this one and he plays American songwriter Philip Graham. He’s on holiday in Spain when he runs into Tony Roscoe, an old friend with whom he served in the R.A.F. during the war. Tony suddenly announces that Philip must drive him to the airport - he must fly back to London immediately. He persuades Philip to drive his car back to England for him. He also persuades Philip to bring with him an envelope which is apparently of absolutely crucial importance.

Things start to take a curious turn when Philip is driving back from the airport in Tony’s car. A group of toughs set upon him and beat him up.

Things get more curious when Philip arrives in London with Tony’s car. He has stumbled into a very awkward situation which includes industrial espionage, blackmail and murder. 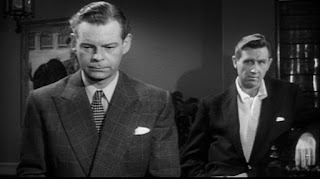 Philip finds himself in possession of a microfilm which other people want very badly. That might be useful but what he needs is information. He needs to find out exactly what his friend Roscoe was mixed up in. He also has the added problem that Detective Inspector Goldfinch obviously considers him to be a possible suspect in murder and perhaps other crimes as well.

There’s an actress, Mitzi Molnaur (Simone Silva), who might be able to fill in the missing pieces of the jigsaw for him but Mitzi is not the sort of girl you’d be happy about having to trust. There’s another girl as well, a Spanish girl, Marina (Maureen Swanson). Philip is rather taken by Marina but she could be involved in some of the shady activities that Tony Roscoe was mixed up in. 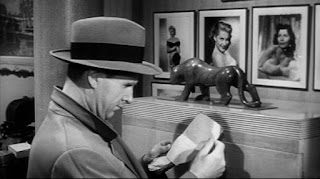 Daniel Birt directed and co-wrote the screenplay. Birt specialised in thrillers and he does a solid if not exactly inspired job here.

The screenplay is serviceable but relies a bit too much on lucky accidents such as the hero just happening to be in the right place to overhear a vital conversation that explains key plot points.

The main problem is that it’s all fairly predictable, and the characters are pretty much stock characters. The action moves back and forth between Spain and London but to be honest the attempt to add an exotic flavour with the Spanish setting doesn’t work especially well. 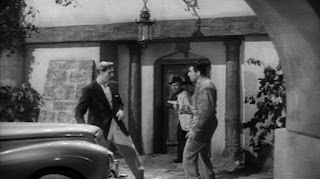 Lloyd Bridges makes a satisfactory hero, even if at times his motivations are a bit of a puzzle. Simone Silva vamps it up in fine style as Mitzi and Marina is sweet and winsome as Marina. George Woodbridge steals the picture as the shambling, scruffy, rumpled and extremely jovial Inspector Goldfinch, exactly the kind of policeman that it would be very foolish to underestimate. There’s also Finlay Currie doing a kind of poor man’s Sydney Greenstreet turn as the mysterious Mr Darius.

There’s not much here to justify the film noir label. This is a straightforward crime/spy thriller and it’s fairly typical of British movies in that genre at this period. In other words it’s a competently made little movie. It’s a B-movie and visually there’s nothing to get wildly excited about, although the fight in the loft is a quite clever visual set-piece and the ending isn’t too bad. 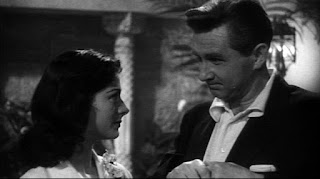 This movie is paired with The Black Glove in the VCI/Kit Parker Films Hammer Film Noir Double Feature Volume 6. The transfer is anamorphic but it’s a bit rough and the audio quality is not all that one might hope for.

Third Party Risk is a rather average spy thriller B-feature with nothing to particularly recommend it but it’s a harmless time-killer.
Posted by dfordoom at 7:11 PM