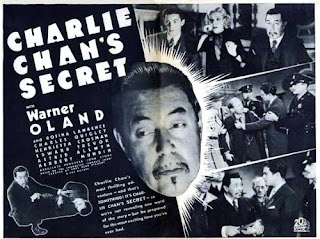 The story begins in Hawaiian waters with the sinking of the S.S. Nestor. It was believed that Alan Colby was aboard the ship. Colby had been the heir to a fortune. Seven years earlier he disappeared. He then suddenly made contact with his family, boarded the ill-fated ship and was presumed to be lost at sea.

During the time that Alan Colby had been missing his father Bernard Colby had died. Alan was the sole heir but since he was presumed dead the fortune passed to Bernard Colby’s sister Mrs Lowell. The Lowell family has been living in style on this fortune. Alan Colby’s reappearance will certainly not be welcome to the Lowells. It will also not be welcome to Professor Bowen whose psychic researches have been very generously funded by Mrs Lowell. Alan Colby is known to be an extreme sceptic when it comes to psychic phenomena and he is certain to pull the plug on these researches. 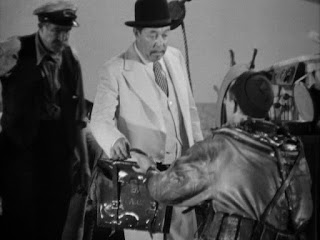 If Alan Colby is still among the living the question is whether he can stay alive. Charlie Chan has reason to believe that several attempts have already been made on the life of Colby (or on the man who claims to be Colby).

It is Mrs Lowell who has called in Charlie Chan. Charlie flies from Honolulu to the mainland to take up his investigation. It soon becomes clear that the list of people who would like Alan Colby out of the way is even longer than was first thought.

Charlie does not necessarily disbelieve entirely in the possibility of communication with the spirit world but he certainly approaches the topic with a good deal of scepticism. Especially when the psychic phenomena seem to be rather too convenient for certain people. 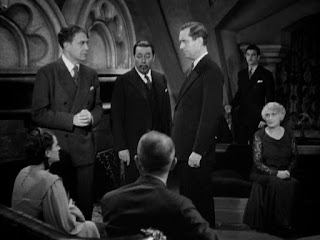 From the late 19th century up to around the early 1950s there was an extraordinary craze for psychic phenomena, spiritualism and associated occult beliefs. Such notions still had some slight degree of scientific respectability at that time, or at least they had not yet been definitively proven to be bogus. They also provided wonderful material for movies. Séances figure in countless movies of this period and it was inevitable that sooner or later they would make an appearance in the Charlie Chan films.

The psychic stuff is nicely combined with an ideal setting. The Colby House is honeycombed with secret passageways, and it has other hidden secrets as well.

The mystery plot is solid enough, the solution has a few amusing and clever touches and Charlie’s plan to catch the criminal is suitably bold and ingenious. One unusual element is the uneasy relationship between Inspector Morton and Chan - Chan usually gets along well with the local police when he has to work with them. Also unusual is Charlie’s readiness to draw his gun, and to use it. 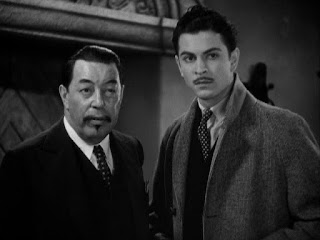 Quite a few actors played Charlie Chan onscreen but the two great interpreters of the rôle were unquestionably Warner Oland and Sidney Toler. Whether you prefer Oland or Toler is really a matter of personal taste. They were both terrific. Oland had perhaps a touch more warmth while Toler added a slightly but interesting edge to his performances.

The supporting performances are quite adequate by B-movie standards with Henrietta Crosman as the elderly Mrs Lowell being the standout. Herbert Mundin as her butler Baxter provides the obligatory comic relief. He isn’t funny but at least he isn’t excessively annoying. That’s not to say he isn’t annoying, it’s just that the annoyance levels are within acceptable limits for a 1930s B-feature.

Gordon Wiles had a brief and fairly obscure career as a director. He does a fairly stylish job here. He was better known as a fairly acclaimed art director which may explain why this movie is visually very impressive (with some surprisingly effective and rather cool sets). This was unfortunately his only Chan film. 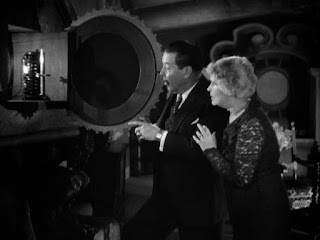 20th Century-Fox really did a splendid job with the DVD releases of the Charlie Chan movies. The transfers are excellent and they came up with some pretty interesting extras. Charlie Chan’s Secret is one of five movies in the third of the DVD sets.

The numerous extras for this disc include an audio commentary and a featurette, Charlie Chan and The Rise of the Modern Detective.

Charlie Chan’s Secret is a very good entry, in fact one of the very best, in the Chan cycle. It has a strong plot, some mildly spooky atmosphere and a great deal of energy. This one is very highly recommended for B-movie fans.
Posted by dfordoom at 9:54 PM