Bombay Waterfront (AKA Paul Temple Returns) was the fourth and last of the Paul Temple movies made between 1946 and 1952 based on the extremely popular radio series and novels written by Francis Durbridge. Jon Bentley reprises his rôle as Paul Temple while this time his wife and fellow crime-solver Steve is played by Patricia Dainton.

A series of odd murders has caused something of a flap at Scotland Yard. The murders were apparently all carried out by a mysterious individual known as the Marquis but the links between the slayings are rather obscure. The one clue is a note mentioning Bombay SW. This is obviously a reference to the Bombay Restaurant located in the SW district of London, except that it isn’t. Temple knows that it refers to the Bombay Wharf and to a petty criminal by the name of Sammy Wren.

Inspector Ross has come to the same conclusion but Sammy Wren has become the latest victim of the Marquis. Paul Temple however has unearthed another clue which leads him to the renowned Egyptologist Sir Felix Raybourne. Raybourne has just returned from an expedition in the course of which he supposedly discovered something really startling, and not just to the world of Egyptology. 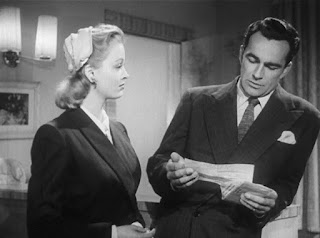 The main problem with this case is that everybody capable of providing the kind of evidence that could clinch matters gets murdered. There’s even an attempt to kill Paul and Steve. The murder methods are rather nicely varied and ingenious as well.

These weren’t big budget pictures but they don’t look like quota quickies either. There are some effective settings, including Kellaway’s Folly which seems to be one of those mock-medieval towers that wealthy 18th and 19th century noblemen liked to erect on their estates. Sir Felix’s house with its collection of Egyptian artefacts provides some good atmosphere including some very nasty hidden surprises. 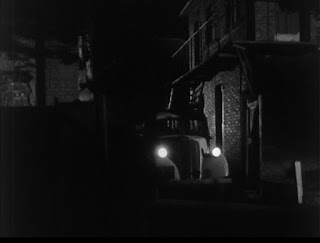 Durbridge was a writer of thrillers rather than detective stories and the identity of the murderer can eventually be worked out by a process of elimination - there are only so many suspects left alive! On the other hand Durbridge was a writer of very good thrillers ideal for cinematic adaptation and this movie works very effectively with some reasonable set-pieces. There are lots of night shots as well to add a bit of creepiness.

John Bentley was an excellent Paul Temple, urbane and likeable and quietly determined. This was Patricia Dainton’s only appearance as Steve. Her performance is fine. She’s plucky and resourceful but she’s also sensible enough not to take too many crazy risks. And she’s rather charming. 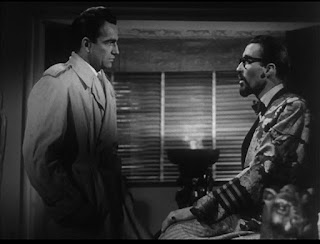 This time, as an extra added bonus, you get Christopher Lee as the crazy sinister Egyptologist Raybourne. There’s an excellent supporting cast.

In creating Paul Temple Francis Durbridge must have been influenced to some extent by the early Ellery Queen novels. Like Ellery Queen Paul Temple is a crime writer who solves real-life crimes and like Ellery Queen he has the advantage of being well connected with the police, in this case through his friendship with Scotland Yard chief Sir Graham Forbes. Temple’s methods aren’t complicated, consisting mostly of being intelligent enough not to jump to obvious conclusions. And having worked semi-officially with Scotland Yard in the past he knows how the criminal underworld works. 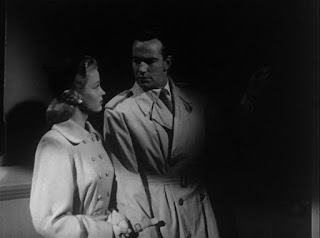 Dan Jackson provides the comic relief as the Temples’ Burmese houseboy. Terribly  politically incorrect by today’s standards no doubt but in fact Saki is an excellent servant whose only fault is his complete inability to make decent coffee.

Renown Pictures is a British outfit who’ve released quite a few interesting British mysteries and thrillers of this era. Their Paul Temple boxed set includes all four movies (the others being Send for Paul Temple, Calling Paul Temple and Paul Temple’s Triumph) and is typical of their output. The transfers may not be pristine but they’re pretty good. All four Paul Temple movies are worth seeing and the boxed set is highly recommended.

Bombay Waterfront is a thoroughly enjoyable mystery thriller and is also highly recommended.
Posted by dfordoom at 10:54 PM