Honolulu is a 1939 MGM offering that is part comedy, part romance and part musical.

The first thing that is made clear is that the plot is going to be pretty thin and not exactly dazzlingly original. Not that thin plots matter very much in this type of movie. Brooks Mason (Robert Young) is a movie star who is tired of being mobbed and almost torn to pieces by his adoring female fans. Then along comes Hawaiian plantation owner George Smith, who looks exactly like Brooks Mason (and is naturally played by Robert Young also) and manages to get himself mobbed by fans who mistake him for the movie star.

This gives Mason an idea. He’s being pressured to go to New York for six weeks of personal appearances and he’s dreading the prospect. Why not send George Smith in his place? Meanwhile Mason can take George Smith’s place in Hawaii, where there’s nothing but peace and quiet? 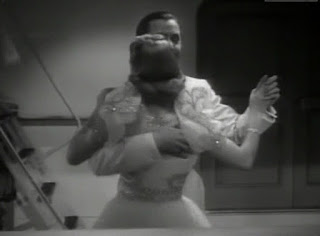 On board the ship he meets dancer Dorothy Marsh (Eleanor Powell). It’s obvious that romance is going to blossom although he’s going to have his work cut out avoiding the attentions of Dorothy’s unbelievably annoying pal Millie de Grasse (Gracie Allen). His other problem is that Dorothy has fallen for him because she thinks he’s a regular guy, honest and down-to-earth, not like those awful Hollywood people. So clearly he’s going to have some trouble when he finally has to tell her that he’s one of those awful Hollywood types.

There are more complications. Smith’s girlfriend Cecilia is kind of expecting him to marry her and Dorothy is getting jealous of Cecilia. Worst of all, Cecilia’s father thinks George Smith absconded with $50,000 of his money and spent it on high living in Hollywood. So Mason’s challenge is to keep out of prison and avoid marrying Cecilia. Sooner or later it occurs to him that it might be a good idea to end the masquerade but that turns out to be not so easy. 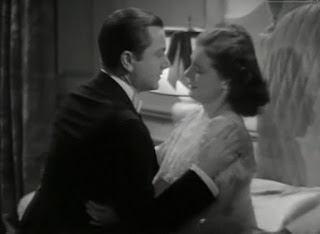 Meanwhile George Smith has spent most of his time in New York in hospital, recovering from the attentions of Brooks Mason’s fans. In fact he’s now a virtual prisoner in the hospital.

Honolulu should be a light-hearted breezy and thoroughly enjoyable affair and it would be except for one very very big problem. That problem is Gracie Allen. The fact that she’s completely unfunny is bad enough but she’s also actively and aggressively irritating. She’s so bad that she’s almost enough to sink the picture. George Burns isn’t so bad - he’s just unfunny. 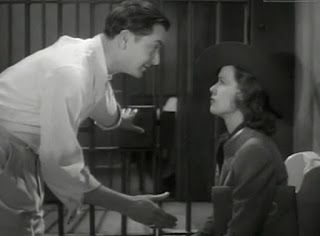 On the plus side the romantic farce plot works pretty well. Robert Young and Eleanor Powell are likeable and energetic leads.

The film’s biggest asset though is Eleanor Powell’s dancing. Her Hawaiian dance routines including her celebrated hula are terrific. She’s amazingly athletic, and she’s pretty sexy as well. Powell was famous as a tap-dancer and somehow she manages to make a Hawaiian tap-dancing routine work. Her showstopper dances are all solo affairs. That seems to have been her specialty. Of course that did mean that there was no need to giver her a dancing leading man. 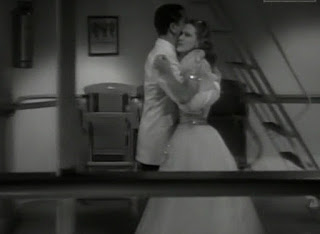 Don’t expect to see any spectacular Hawaiian location shooting. There’s some stock footage but Honolulu was made entirely in the studio. There’s perhaps not as much evidence of the MGM gloss as you might expect. This seems to have been pretty much a B-picture.

Honolulu is not one of the great romantic comedies and it’s not one of the great musicals. Really it’s notable only for Eleanor Powell’s dancing. However if you do really like dancing then you might find that to be more than enough to make this picture worth seeing. If you’re an Eleanor Powell fan I guess this one is a must-see. If you’re not then it’s still worth a look despite Gracie Allen.
Posted by dfordoom at 9:33 PM