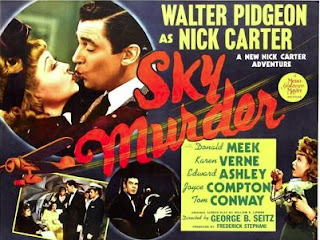 Sky Murder, released in 1940, is the last of the three Nick Carter B-movies made by MGM beginning in 1939. All starred Walter Pidgeon as the famous private detective from the dime novels.

This time Nick Carter is on the trail of spies. And there are spies everywhere! They are murdering people and planting bombs all over the place. It’s absolute carnage.

The action starts with a murder on board an aircraft. There’s a very strong suspect but then somebody tries to kill all the passengers and Nick draws the obvious conclusion that there’s a large-scale conspiracy at work here. And the conspirators don’t care how many bodies they leave behind. 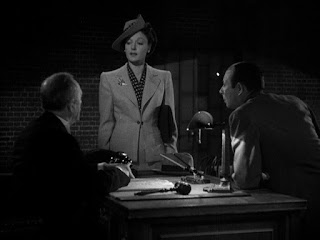 Nick’s job is made more difficult by the fact that he’s not only saddled (as always) with bumbling would-be private eye Bartholomew (Donald Meek) but also by ditzy blonde lady private detective Christine Cross (Joyce Compton). He also has six pretty girls he has to protect. They’re models. The only real purpose they serve in the movie is to add some glamour. And the final factor complicating Nick’s task is that apparently every second person in the United States in 1940 was a German spy. That causes problems for the movie because it lessens the suspense - after a while I found myself just assuming that every single character apart from Nick Carter was a German spy. And I wasn’t even too sure about him!

The biggest fault however is the amount of screen time given to the two very feeble comic relief players. They get whole sub-plots devoted to them, sub-plots that do nothing but slow down an already slow movie. 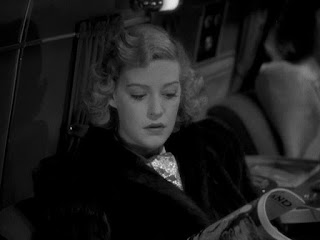 Yet another flaw is that, unless I missed something, we’re never really told what the nefarious German plan actually is. This means there’s no real suspense at all, no sense of urgency. We just know they’re up to no good.

Walter Pidgeon is good as the suave and unflappable hero. The best of the supporting players is Tom Conway but he’s criminally under-utilised. Kaaren Verne is a very dull leading lady. It’s easy to see why the career of this German-born actress fizzled out rather quickly. Donald Meek and Joyce Compton are simply irritating.

There are too many miscellaneous villains when what a good B-movie needs is one memorable arch-villain. 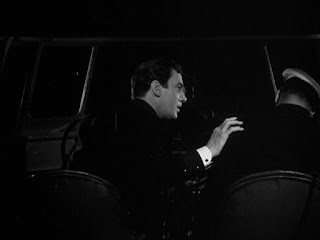 The first two Nick Carter movies were directed by Jacques Tourneur so as you would expect they’re rather better than the average B-picture. In fact they’re extremely good. George B. Seitz took over the directing duties for the third entry in the series and sadly it lacks the style and pace of Tourneur’s efforts.

The history books will tell you that the United States entered the Second World War in December 1941 but Hollywood had already declared war at least two years earlier. Sky Murder is a full-on war propaganda movie, a genre I have little liking for as a rule. 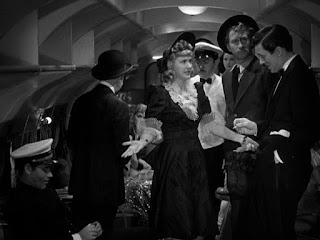 The Warner Archive has released all three Nick Carter movies on a single disc. They look pretty good.

Sky Murder is a spy thriller that never really gets off the ground. It’s unfocused and the plot meanders. Walter Pidgeon is left to try to carry the entire movie on his own. I love spy movies but I find myself horribly bored by movies about the Second World War so that may party explain my rather negative reaction.

I wouldn’t recommend this movie but I do highly recommend the Nick Carter three-movie set because the two earlier movies, Nick Carter, Master Detective and Phantom Raiders really are excellent.
Posted by dfordoom at 11:09 PM