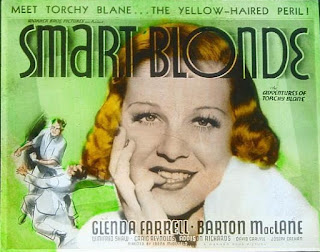 Smart Blonde, which came out in 1937, was the first of nine Warner Brothers B-movies featuring the Morning Herald’s ace girl reporter Torchy Blane. Glenda Farrell played the title rôle in all but two of these films. And in all but two films Barton MacLane played her partner in crime-solving, Lieutenant Steve McBride.

Fitz Mularkey (Addison Richards) is a sports promoter who also owns a night club. Surprisingly he has a reputation for honesty. Now he’s decided to sell all these enterprises to his old friend Tiny Torgenson (Joseph Crehan), who is also regarded as an honest man. Obviously there’s not much of a story here for an ace girl reporter to get her teeth into. That all changes when Tiny Torgenson gets gunned down in broad daylight. Now it looks like there could be a swell story in this after all. 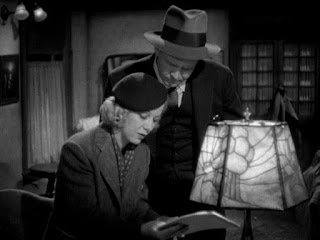 Torchy’s pal (well actually her boyfriend) Homicide Lieutenant Steve McBride (Barton MacLane) is the investigating officer but Torchy intends to be in on the case as well. McBride doesn’t really mind and he doesn’t have a choice anyway. He’s smart enough to know that there’s no stopping Torchy when she smells a big story.

The obvious suspect is Fitz’s right-hand man Chuck Cannon (Max Wagner). Chuck packs a rod and he’s hot-headed and he’s made it clear that he doesn’t want Fitz to sell out. But it soon appears that Fitz might be a suspect as well. Or there’s torch singer Dolly Ireland (Winifred Shaw), who’s in love with Fitz and isn’t pleased that he intends to marry socialite Marcia Friel. His proposed marriage to Marcia is the reason he’s selling up, so Dolly could have a motive. And then there’s a bunch of hoodlums who want to take over Fitz’s sporting interests. 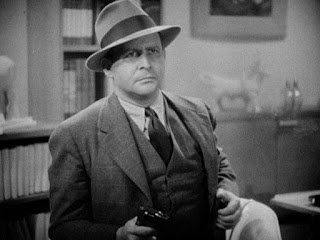 Steve McBride has his theories. Torchy thinks he has no chance of cracking the case without her help, but then she doesn’t think he could solve any case without her. And naturally she’s right. Of course if McBride had any sense he’d just marry her. Torchy has plans to make that happen. She just can’t help loving the big palooka.

The source material was a series of short stories by pulp writer Frederick Nebel (who wrote hardboiled crime and also some great aviation adventure stories featuring very disreputable adventurers Gales and McGill). In Nebel’s original stories McBride was the hero and he had a male sidekick. Turning the sidekick into a woman and making her the central character works pretty well. 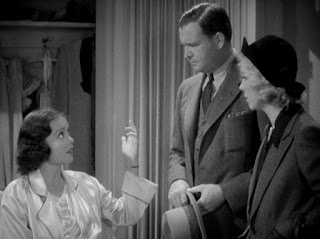 Glenda Farrell plays Torchy as fast-talking and moderately hardboiled (in a feminine sort of way), in fact Torchy is exactly what you expect a feisty girl reporter to be. Farrell manages this without making her obnoxious or irritating. Farrell was a rising star in the 30s and she’s terrific. Barton MacLane as McBride makes an effective foil for her. They never stop arguing. That’s how you can tell they’re in love.
Jane Wyman as ditzy hat-check girl Dixie adds some surprisingly effective comic relief.

The story is suitably convoluted with multiple twists. Maybe the twists aren’t that difficult to figure out but they come at you so thick and fast that the plot works better than it has any right to. Director Frank McDonald knew how to make B-movies - if there’s a chance the audience might have time to think too much about whether things make sense or not, have someone pull a gun. 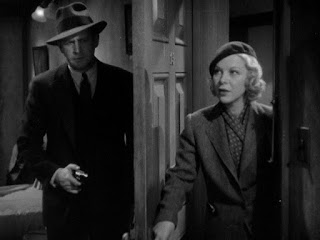 All nine films in the series are included in the Warner Archive Torchy Blane DVD set. There’s a very small amount of print damage evident in Smart Blonde and it’s just a tiny bit grainy at times. Personally I think a touch of graininess enhances a black-and-white B-movie. Otherwise the transfer is very good with good contrast. Sound quality is fine.

Smart Blonde is like Torchy Blane herself - fast-talking, brassy, hyperactive, just hardboiled enough, with a knack for wisecracks and fun to spend some time with. It’s no masterpiece, it’s just a B-movie, but it’s an enjoyable B-movie. Recommended, and if you like B-pictures about feisty girl reporters you can upgrade that to highly recommended.
Posted by dfordoom at 5:36 PM