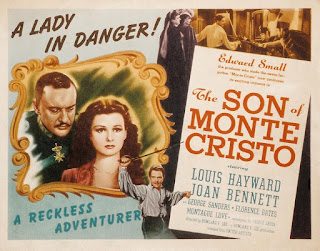 The Son of Monte Cristo is a 1940 second-tier swashbuckler. You take some ideas borrowed from The Count of Monte Cristo, The Mark of Zorro, The Scarlet Pimpernel and The Prisoner of Zenda and combine them in a blender and this is what you get. It’s all good clean fun.

The setting is the tiny Balkan principality of Lichtenburg in 1865 (very much like the mythical Ruritania of The Prisoner of Zenda). Lichtenburg is ruled by the young and beautiful, and much-loved, Grand Duchess Zona (Joan Bennett) but the real power is in the hands of the unscrupulous and brutal General Gurko Lanen (George Sanders). The Grand Duchess’s loyal prime minister sends her on a desperate mission to Paris to seek aid from the Emperor Napoleon III (a sensible idea since Napoleon III was much addicted to getting France involved in crazy foreign adventures). Unfortunately Gurko Lanen gets wind of the mission and is determined to prevent Zona from reaching Paris. 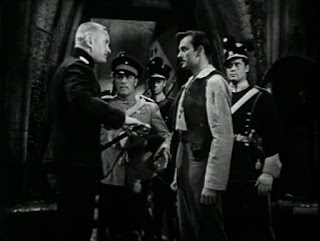 Just when Zona is desperately in need of a swashbuckling hero to rescue her, lo and behold, such a hero appears on the scene. He is Edmund Dantes, the Count of Monte Cristo (not the famous one but apparently his son). The Count (played by Louis Hayward) is the kind of guy who spends most of his life just waiting for the opportunity to save damsels in distress and of course he is a great hater of tyrants.

Sadly he has, initially, mixed success in his rescue attempts and Zona ends up back in the clutches of Gurko Lanen. And she discovers, to her horror, that he has plans to force her into marrying him. She is horrified. It’s bad enough that he’s a ruthless tyrant, but he’s also a commoner. In fact, a former peasant. 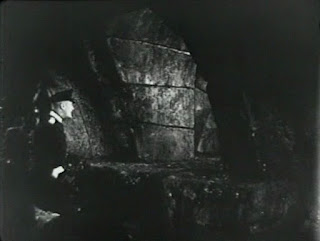 Naturally Dantes gets mixed up in the resistance movement. Their objective is to free the Grand Duchess from Gurko Lanen’s influence but first they will have to free the imprisoned prime minister. Someone will have to get into the palace. Dantes feels he can easily do this since he happens to be a very rich banker with whom Gurko Lanen has been trying to negotiate a loan (yes, this movie does rely rather a lot on lucky coincidences). If he plays the fool as well no-one will suspect what he is up to.

The plot has some pleasing twists and there are times when you really think that the hero can’t possibly get out of the mess he’s landed himself in.

Of course any 1940 Hollywood movie dealing with tyrannies would have been made with a strong political subtext. Fortunately in this case the point isn’t laboured too much and can be safely ignored and the viewer can just get on with enjoying the movie. 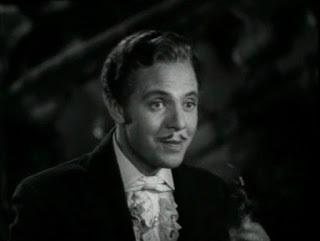 Director Rowland V. Lee had a particular talent for making swashbuckling adventure films and it’s no surprise that he handles this directing assignment extremely well. Screenwriter George Bruce also did plenty of movies in this genre. Even if this one is just ideas from other swashbucklers cobbled together the ideas are at least cobbled together reasonably coherently and entertainingly.

Louis Hayward makes a fine dashing hero and Joan Bennett is a perfectly acceptable and suitably haughty heroine. It goes without saying that the movie really belongs to George Sanders. He gives a splendid larger-than-life performance and he has the advantage of having by far the most interesting rôle in the film. Gurko Lanen is just a little bit more than a cardboard villain. As a peasant who has clawed his way to the top he has a convincing motivation for seeking power. And he is genuinely in love with Zona, and he does have reasonable grounds for thinking that her rejection of him has a lot to do with his humble birth. Even if it’s hard to actually sympathise with him we can at least understand what drives him. 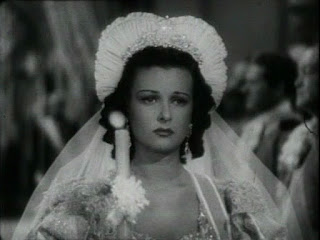 The Cheezy Flicks DVD release offers a less than pristine but reasonably acceptable transfer and it is cheap.

This movie looks good (it was filmed in black-and-white) and it has some decent action scenes (and plenty of them), and of course some romance. As long as you don’t set your expectations too high The Son of Monte Cristo is a thoroughly enjoyable adventure romp and the performance of George Sanders on its own is enough reason to see this one. Swashbuckling fans should be quite satisfied. Recommended.
You might also be interested in my reviews of some of the movies that pretty obviously influenced this one, such as The Scarlet Pimpernel and The Prisoner of Zenda.
Posted by dfordoom at 7:09 PM