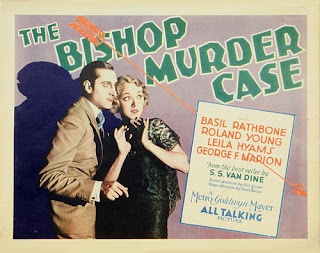 The Bishop Murder Case was the fourth of the movie adaptations of S.S. Van Dine’s Philo Vance mystery novels. It was released by MGM in 1929. William Powell had played Vance in the first three films but for this one his place is taken by Basil Rathbone (Powell would return to the rôle four years later for The Kennel Murder Case).

The plot is complex and the body count is very high. A young man named Robin is found murdered, shot through the heart with an arrow. The police receive a note including the text of the nursery rhyme about Cock Robin, and signed by The Bishop.

Naturally District Attorney John F.-X. Markham asks his old friend Philo Vance to assist him in the investigation. In fact Vance takes over the case more or less completely, as he usually did. 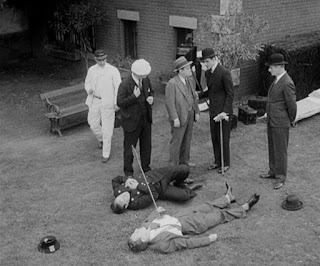 The first murder takes place on an archery range in the grounds of the home of Professor Bertrand Dillard and the murdered man was the sweetheart of the professor’s niece Belle. It seems obvious that the murder had to be someone connected in some way with Professor Dillard.

There are plenty of suspects but the ones who seem most promising keep getting murdered, much to the disgust of Sergeant Heath. 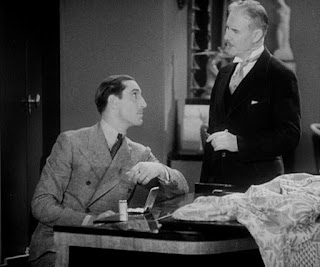 Being a 1929 release this movie suffers from many of the problems that afflict the very early talkies. The pacing is slow. There’s no music, which makes the film seem slower and less exciting. While Rathbone is fine some of the supporting players are still acting in the style of silent movies and haven’t yet learnt that extravagant gestures just don’t work in talkies.

It would be unfair to be too hard on the directors, David Burton and Nick Grinde. Everyone in Hollywood at that time was struggling to adapt to the very different challenges posed by talkies (which really were an entirely different medium requiring entirely different techniques compared to silent films) and there were lots of technical difficulties at first with the sound cameras, which tended to result in excessively static camera setups. And it has to be said that the opening sequence is excellent and visually impressive. Actually there are quite a few good visual moments in the film. 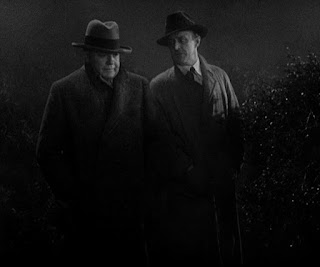 Casting Philo Vance was always a problem. The character created by Van Dine is very much an upper-class American. Vance has to have not only the upper-class American accept but that air of old money, an expensive education and breeding. Today the rôle would be impossible to cast - there just aren’t any modern actors who are going to get either the accent or the mannerisms right. Even in 1929 it was a challenge. There were still plenty of upper-class Americans in America, but not so many in Hollywood. William Powell carried it off effortlessly but the disappointing performance by the usually excellent Warren William in The Dragon Murder Case demonstrated how even a fine actor could get it wrong.

MGM came up with what must have seemed like a brilliant idea - getting an Englishman to play Vance. It works up to a point, Rathbone gets most of it right, but it doesn’t quite come off. Vance (in my view) has to be upper-class but he has to be American. On the whole I like Ratbone’s performance well enough but he just isn’t quite Philo Vance. 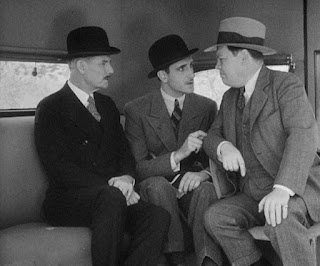 Roland Young is very good as the professor’s adopted son Arnesson. The other supporting cast members are less satisfactory, being either too wooden or too melodramatic.

This film is one of the six included in the Warner Archive Philo Vance Murder Case Collection. The transfer is not great but not too bad. The collection is worth getting if only for the chance of seeing six different actors playing Vance.

The Bishop Murder Case has a great plot but the execution leaves something to be desired. It’s still worth a look if you’re going to buy the boxed set anyway.