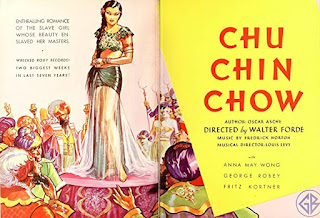 Chu Chin Chow is a strange but captivating 1934 British musical based (loosely) on the Arabian Nights tale of Ali Baba and the Forty Thieves.

At first it looks like it’s going to stick quite closely to the original tale. And to a surprising extent it does just that.  There are two brothers, one very rich and one very poor. Poor but honest. Well actually he’s not honest at all, which makes things more fun. Kasim Baba (Lawrence Hanray) is the rich brother. Ali Baba (George Robey) is the poor brother. At least he’s poor until he stumbles upon the treasure cave of the notorious bandit Abu Hasan (Fritz Kortner). He is lucky enough to overhear the magic password “Open, O Sesame” and once inside the cave he helps himself to a fabulous fortune.

Ali Baba is now an extremely wealthy man. Kasim of course is determined to trick the secret out of him. 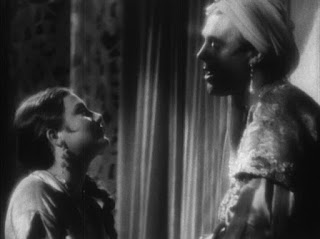 The script (based on a very very popular 1916 stage production) adds quite a few elements to the original story. Kasim’s wife owns a beautiful slave girl named Zahrat (Anna May Wong) but it soon transpires that Zahrat is not a nice girl at all. She’s a spy for the aforementioned bloodthirsty brigand Abu Hasan. Abu Hasan and Zahrat have a plan - Abu Hasan’s men are going to rob the rich caravan of the Chinese merchant Chu Chin Chow which is on its way to Baghdad. Much slaughter follows. This is what you might call a rather blood-drenched musical!

Abu Hasan disguises himself as Chu Chin Chow (who is to be Kasim Baba’s guest) so that he and his bandits can rob the slave bazaar at Baghdad. Zahrat is to be sold at auction and her sale will be the signal for the bandits to go into action. 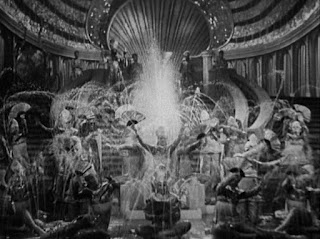 Marjanah has discovered the fiendish plot but can she do anything to prevent the mayhem?

Anna May Wong gets star billing but this seems to have largely a result of her short-lived fame as a Hollywood star. Her part is actually a supporting part and she has few opportunities to do anything other than look glamorous (mind you, looking glamorous is something she did extremely well). Her performance does pick up a bit towards the end when Zahrat acquires a new motivation.

The real female lead is Pearl Argyle as slave girl Marjanah, who is in love with Ali Baba’s son Nur-al-Din Baba (John Garrick). George Robey plays Ali Baba almost purely for laughs. He goes outrageously over-the-top (he was a very famous music hall performer) but mostly this works. On the whole the cast is fairly competent. Fritz Kortner is a wonderfully melodramatic villain. It’s hard to say which of the two, Robey or Kortner, is the more outrageous. 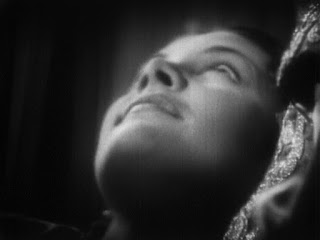 In some ways of course this makes it closer in spirit to the original tale from the Arabian Nights (in which the stories mixed romance, comedy, adventure, sex and violence).

There’s at least one very impressive musical production number in which a magician performs an array of spectacular tricks with water fountains. The number even includes water fountain juggling. You do have to remember that this was a 1916 stage musical so the music is quite different from what you get in 1930s Hollywood musicals - it’s more in the operetta style.

This was an immensely expensive production. Not just by the standards of the British film industry in the 1930s - even by Hollywood standards it would have been a very big-budget film. Some sources say the budget was half a million pounds which would have been at least a couple of million US dollars. A lot of money in 1934. Ernö Metzner’s art direction is very impressive and obviously influenced by German Expressionism (not surprising since he got his start in the German film industry in the 1920s). The sets are lavish, the costumes are extravagant. The musical set-pieces are on an epic scale. 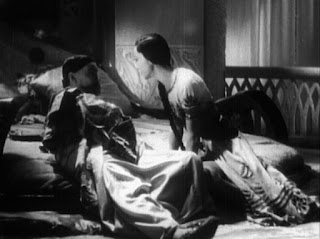 I saw this movie on the strength of the review at Michael’s Moviepalace.

The Special Edition DVD from VCI is quite a surprise - it’s a three disc set which includes the original British cut, the recut American release (entitled Ali Baba Nights) and a complete bonus feature film (Abdul the Damned, a British 1935 historical melodrama which I’ve wanted to see for years) plus there’s even an audio commentary. In fact everything but the kitchen sink.

Chu Chin Chow is a movie oddity but I like movie oddities. It’s a movie that is excessive and totally unlike any other musical I’ve ever seen. It’s not just odd - it’s very entertaining in its own distinctive way and it’s visually stunning with lots of Expressionist touches. Highly recommended.