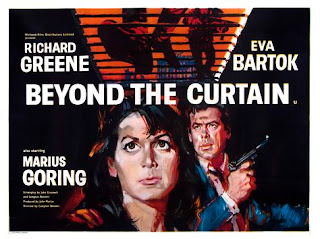 Beyond the Curtain is a 1960 British spy movie and a very obscure one.

Captain Jim Kyle (Richard Greene) is an English pilot working for an American airline in West Germany. His girlfriend Karin (Eva Bartok) is a stewardess. They are intending to marry. Karin is East German. She ran away to the West six years earlier. Now she’s flying the Frankfurt-Berlin route which means flying through the air corridor established by agreement between East and West.

Her latest flight ends in disaster. The aircraft drifts off-course into East German air space and is forced down in East Germany. A few hours later the plane is allowed to take off again, but without Karin. 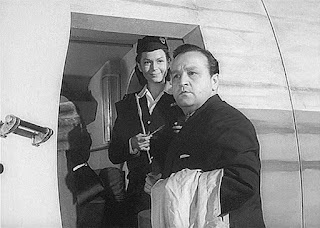 Of course the evil commies have a dastardly motive for all this. They intend to use Karin as bait, to trap her brother (an anti-communist political agitator). Karin doesn’t know this yet.

While this is happening Jim Kyle is hatching a plan to rescue Karin. He travels to East Germany under a false name and is surprised to find that Karin doesn’t appear to want to return to the West. She has her reasons. 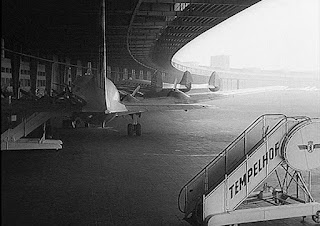 It all gets complicated as Jim Kyle tries to find a way to get Karin, her brother and perhaps even her elderly mother to the western zone. He’s going to have to come up with something before the East Germans close the net on Karin’s brother.

This is the kind of spy movie that was still common in 1960. Two years later the release of the first Bond movie Dr No would make these earlier spy movies seem very stodgy. And this one really is a bit stodgy. It does however feature a pretty effective extended action finale, a tense chase through a maze of tunnels under Berlin which I imagine was inspired by the similar finale in The Third Man. Obviously there’s none of the artistry that a director like Carol Reed could bring to such a sequence but it’s still effectively atmospheric and exciting. 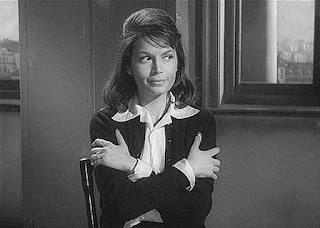 This movie was made at the height of Cold War hysteria and it really lays the propaganda on good and thick. The East Germans are all humourless evil soulless monsters. They’re cartoon villains.

Richard Greene was the leading man you got for an action adventure movie if you couldn’t afford a real star. He was always pretty reliable but just a bit lacking in the charisma department.

Eva Bartok is much better. A fine actress who does a good job of conveying Karin’s confusion as her emotions tug her this way and that. Marius Goring plays the enigmatic and treacherous Hans, an old family friend. 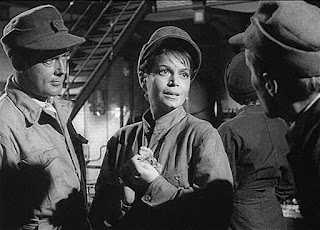 The most interesting thing about the movie is the use of the air corridor as a device to set the plot in motion. And Karin does manage to be a fairly interesting character with believable emotional conflicts.

Renown’s DVD presentation is quite OK but not fantastic. There are no extras.

Beyond the Curtain is a very 1950s-style low-key spy thriller. It doesn’t reach any great heights but it’s competently made. Worth a look if you can pick it up cheaply.