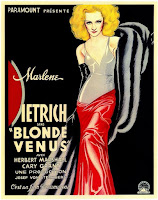 Blonde Venus was the fourth of the six movies Josef von Sternberg made for Paramount starring Marlene Dietrich (and the fifth movie they’d made together). It's not a movie that von Strenberg was all that fond of.
Jules Furthman and S. K. Lauren wrote the screenplay but the starting point was a story by Marlene Dietrich.

And just as a reminder that this really is a pre-code movie we start with a nude scene. With not one naked woman, but six. It’s somewhere in Germany and they’re actresses and they’re skinny-dipping when a party of young (male) American tourists happens upon them. One of the nude frauleins is Helen (Marlene Dietrich). It’s a fairly coy nude scene but the girls are quite clearly naked. There’s quite a bit more pre-code naughtiness to come.

The scene immediately shifts to America a few years later. Helen is now married to one of those American tourists. He is Ned Faraday, he is a scientist and he is dying. He has been exposed to too much radium in the course of his work. There is one chance for him. A brilliant doctor in Germany, Professor Holzapfel, may be able to cure him.

The cure will be expensive. Ned can no longer work full-time and they have a small son. Money is tight. 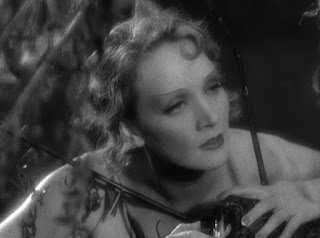 The treatment will cost $1,500. Ned doesn’t need the full amount all at once but he needs $300 upfront. Now $300 is a trivial sum today but in 1932 it was a vast sum of money. Helen persuades Ned that she will have to go back to the stage.

Under the name the Blonde Venus she is an immediate success (and when we see that Hot Voodoo number we can see why she would be a hit).

After a couple of weeks she is able to give Ned the three hundred dollars. Had Ned been less of an innocent he might have wondered how on earth a woman could earn so much money so quickly. But the thought never enters his head. He packs his bags and sets off to Germany for his medical treatment which is expected to take six months. 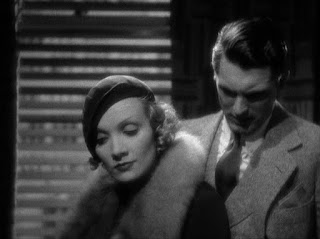 Nick instals Helen in a swanky apartment as his mistress. Helen is able to send Ned the rest of the money he needs.

There’s nothing very startling in any of this. In the pre-code era when movies were made for grown-ups most people would figure that while Helen is certainly being unfaithful she’s doing it for the best of motives, to save her husband’s life.

But there’s a complication. Nick is no Boy Scout but he’s no sleazebag. He’s pretty nice. He treats Helen (and her son) extremely well. He’s awfully good-looking and very charming. Helen is only human. In such a situation it isn’t very surprising that a woman would fall in love with a man like Nick. And he’s genuinely crazy about her.

Things are going to be awkward when Ned gets back to America. 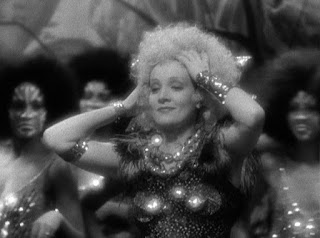 After 1934 the Hollywood Production Code would not even have allowed this movie to be made, or if it were made then obviously it would have to be made clear that Helen is a very wicked woman who must be punished for her sin. Under the Production Code the standard punishment for a woman who commits adultery was the death penalty. Only by dying could she be grudgingly forgiven. But this was 1932, and in Blonde Venus it’s made clear that Nick and Helen are just human beings who cannot help the fact that they’ve fallen in love.

The movie dares to do something that would become totally impossible after 1934 - sympathetically treating an adulterous woman who at no point in the story apologises for anything she’s done and who does not believe that she has to destroy herself to wipe out her sins. Of course she really has no reason to apologise - she was unfaithful in order to save her husband’s life. But she does not try to manipulate Ned into forgiving her for this reason. She accepts what she has done and if he won’t forgive her then she’s not going to beg. Equally daring is the unsympathetic portrayal of the wronged husband. 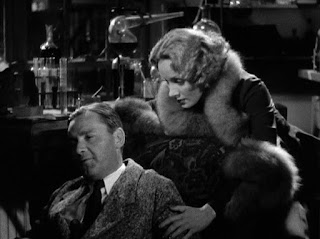 Dietrich called her original story Mother Love and that’s to a large extent what the movie is about. She will make significant sacrifices for her husband, but she is prepared to make any sacrifice for her child.

The ending is a bit contrived but the nice thing is that Helen still does not beg for forgiveness. She still will not apologise for anything she’s done. Whether Ned will in fact forgive her is something she leaves up to him (and I’m not going to spoil the film by telling you whether he does forgive her or whether the film ends happily or unhappily).

It’s pure melodrama, but that’s OK, I have no problems with melodrama. The movie certainly shows conventional morality in a poor light but it would be a mistake to see this as a political film or a feminist film. It’s simply a movie about people who do things that real people do, rather than what moralisers would like them to do. Helen does things that she considers necessary, not out of a desire to rebel against a restrictive moral code but simply because those things appear to her to be necessary. No judgment is made on Nick. He merely had an affair that turned out to be more serious than he expected. He also offers no apologies for any of his actions. To the extent that that you find any message in this movie (and von Sternberg had no interest in making movies with messages) it’s just that life gets complicated and grown-ups have to deal with that. 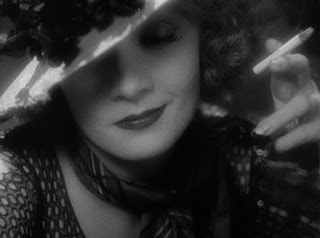 It’s not a movie that rejects morality, it merely points out the limitations of rigid conventional morality. Helen always put the welfare of her son first, and would have been content to go back to being a good wife if Ned had been capable of understanding why she did what she did and wasn’t so blinded by self-pity.

The plot has its problems but on the plus side is its sophisticated approach to sex and relationships. Helen uses sex as a tool when she feels she has no viable alternative because what else can she do?

The show-stopping moment in the film is of course Dietrich’s famous Hot Voodoo musical number, a deliriously overheated and outrageous extended mix of jazz and sex. You get to see Marlene in a gorilla suit which is not something you see every day. When she removes the gorilla suit things heat up. Today the fun police would ban this number for a whole grab-bag of reasons but in the more enlightened atmosphere of 1932 people were able simply to enjoy it.

Dietrich is in top form. Cary Grant is starting to show glimpses of his star quality. Herbert Marshall has a thankless job, playing a character who really is contemptible.

There is plenty of von Sternberg style here but it’s not as all-pervasive as it is in movies like The Scarlet Empress or The Devil is a Woman. Blonde Venus is a top-quality pre-code melodrama. Highly recommended.
Posted by dfordoom at 3:30 PM