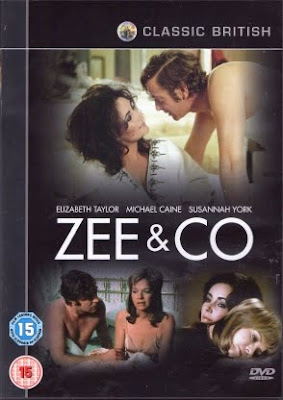 Zee and Co. (released in the US as X, Y and Zee) comes from what I think of as the classic high camp phase of Elizabeth Taylor’s career. In this period she made a series of outrageous movies such as Boom! and Secret Ceremony, movies that were generally regarded with disdain by critics.

Personally I adore them, and Zee and Co. fits in perfectly with the over-the-top hysteria that characterised these movies.

Elizabeth Taylor is Zee, married to architect Robert Blakeley (Michael Caine). Their marriage is stormy and unconventional, and it’s about to get even more turbulent when Robert catches sight of Stella (Susannah York) at a party. He’s instantly attracted to her, something that doesn’t fail to attract the notice of Zee. Not that she minds all that much if Robert sleeps with Stella. They’ve both obviously had quite a few affairs on the side, and just as obviously they make no attempt whatsoever to be secretive about their extramarital dalliances. But Zee senses (correctly) that this ha 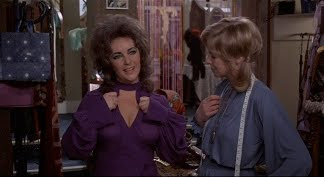 s the potential to be more than just an affair. Robert can have sex with other women if he wants to, but falling in love with them is definitely not acceptable.

And falling in love is exactly what Robert and Stella proceed to do. Zee reacts in what appears to be her normal way - with bitchiness gradually escalating to hysteria. Poor Stella is quite out of her depth. When Zee discovers that Stella has a deep dark secret hidden in her past (a lesbian passion for one of the nuns at her school) she closes in for the kill.

Elizabeth Taylor dominates the movie, a 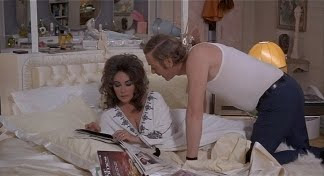 s she dominated every movie se ever made. She’s gloriously excessive and wickedly funny. She projects an overwhelming sexuality and an even more overwhelming emotional neediness, and although she pushes her characterisation almost to the point of grotesqueness she remains glamorous in an extravagantly sleazy way.

Michael Caine is equally good. He plays Robert as a man who’d like to think of himself as cool and always in control but underneath he’s as much out of control as Zee is. His outbursts of violent rage are frightening in their intensity.

Susannah York is always in danger 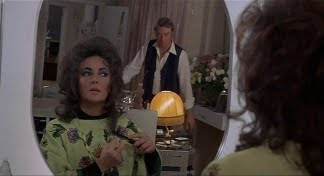 of being overwhelmed by the bravura performances of the other two leads but she’s also very impressive in a much more subtle way. The interplay between these three characters is explosive.

In its day this movie was considered pretty risque (at least by the standards of mainstream major-studio releases), mainly because of the lesbian overtones.

This is very much a movie for lovers of camp, and for Elizabeth Taylor fans. If (like me) you fit into both those categories you’ll have a wonderful time with it. If you don 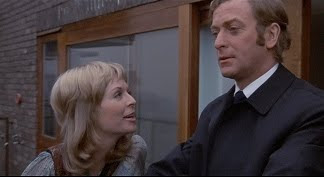 ’t fit into either category you’ll probably be left wondering what the hell the makers of this picture were thinking. Personally I loved it.

The Region 2 DVD looks terrific. I believe it’s also been released in the new series of Columbia DVD-Rs.
Posted by dfordoom at 1:07 PM