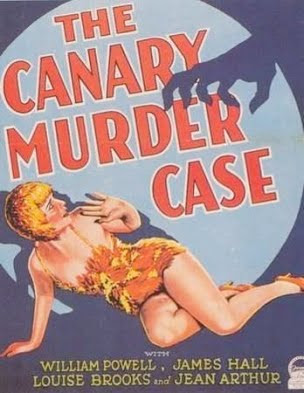 It has to be admitted that the main reason for seeing The Canary Murder Case is curiosity. It’s a rare Louise Brooks talkie, and has the reputation of being the movie that effectively ended her Hollywood career.

It’s a movie that certainly has its problems. Almost all of these problems come down to the time it was made. It dates from that awkward period in movie history when silent movies were clearly dead in box-office terms but the studios still had silent movies either in production, or completed and awaiting release. What to do with these movies?

The answer was to turn these silent movies into talkies by adding dialogue, and occasionally by shooting added footage. In the hands of a genius like Alfred Hitchcock the result could be a minor masterpiec

e like Blackmail. The results were generally much less satisfactory. Silent movies are not talking pictures without dialogue - they’re a whole different art form. These hybrid semi-talkies, and some of the very early talkies as well, are an uneasy combination of mutually incompatible film-making techniques.

An even bigger problem with The Canary Murder Case is that Louise Brooks had already left Hollywood, and her voice was dubbed (rather badly) by another actress. This is a major problem because even though Brooks is strictly a supporting player, she’s the best thing in the film. 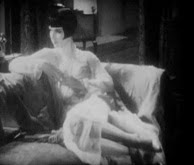 To add to the problems, the plot is disappointingly easy to resolve, and the movie has major pacing problems (presumably caused by the fact that it was shot as a silent movie).

Louise Brooks is The Canary. She’s a major stage star whose act involves her swinging from the ceiling whilst singing, like a canary in a cage. Her main source if income though comes from blackmail, at which she’s both skillful, and ruthless. She has seduced a succession of wealthy and powerful men. Now she wants not merely money, bu 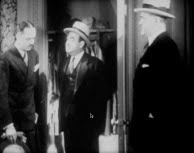 t social position as well. She wants to marry young Jimmy Spottswoode. Jimmy’s father is a pillar of the community and is determined to prevent his son’s marriage to such a notorious woman. Jimmy’s girlfriend isn’t too thrilled either.

When the Canary turns up dead there are countless suspects. Everyone who ever had anything to do with her wanted to kill her. This presents Philo Vance with what should be a a real challenge.

This was William Powell’s first appearance as the debonair detective Philo Vance. I

t’s an ideal role for him, but he’s hampered by the slow pacing and by the fact that it wasn’t shot originally as a sound film. Powell was always at his best when he had someone, preferably a talented and feisty actress, to strike dialogue sparks off. Put him opposite someone like Kay Francis in a movie like Jewel Robbery and the result is movie magic. But in The Canary Murder Case he doesn’t get to interact at all with the only interesting female cast member (Louise Brooks as the Canary) and his performance lacks a certain sparkle.

Despite all these problems it’s still interesting to see Louise Brooks rehearsing the femme fatale role that was to make her an enduring movie legend in Pandora’s Box. And it’s interesting to see William Powell in an early starring role playing exactly the kind of character that would make him one of Hollywood’s brightest stars of the 30s. An historically interesting but still rather disappointing movie.
Posted by dfordoom at 11:23 PM