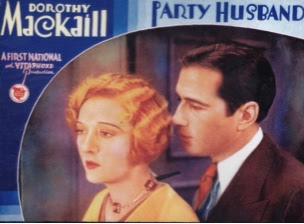 Jay (James Rennie) and Laura (Dorothy Mackaill) are going to have a very up-to-date marriage. They’re going to be completely independent and free. Marriage is not going to be a trap for them. Laura will get a job. They will not be jealous of each other.

Of course their ideas turn out to be ludicrously unworkable. As soon as Laura starts to work back late with her publisher boss Horace Purcell (Donald Cook) Jay gets jealous. When Jay starts night-clubbing with glamorous radio personality Bee Canfield (Mary Duran) Laura gets jealous. But they’re both too stubborn to admit that their ideas are juvenile and impractical and their behaviour becomes steadily more infantile. 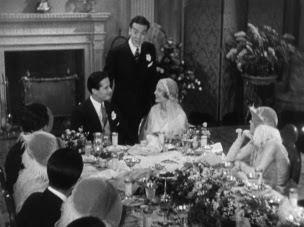 They’re both trying to make each other more jealous, and they’re both succeeding. Of course they’re actually in love with each other but they still refuse to admit that what they actually want is a proper old-fashioned marriage. Jay gets more involved with Bee Canfield and Laura goes off on a business trip with Purcell. Then Laura’s old friend Kate (Dorothy Peterson) gets mixed up in their affairs. She’s in love with Jay but she realises that Jay is still in love with Laura.

The expected complications ensue, and the cast handles the material very adroitly. Most of these actors are long-forgotten, familiar faces in the pre-code days whose careers faded away by the late 1930s. Mackaill is finally being rediscovered by pre-code fans, a rediscovery that is long overdue. 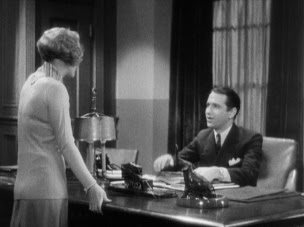 This movie is rather typical of pre-code movies, presenting us with the dilemmas of modern marriage while eventually coming down on the side of the traditional family on the grounds that the traditional family works while these new-fangled ideas on open marriage sound great in theory but fall apart in reality when they’re confronted by the way people actually feel.

There’s plenty of dissipation here. Lots of bathtub gin gets consumed as the characters try desperately hard to be wicked, but as Laura’s mother points out to her they don’t have enough substance to be genuinely wicked so they’re better off not trying. 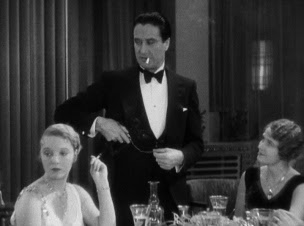 Director Clarence G. Badger had a prolific career in the early days of the film industry but quit the business in 1936 and moved to Australia where he made a handful of movies. Pre-code movies aren’t renowned for their visual boldness and Badger’s direction is solid if uninspired. As is usual with pre-codes the movie relies on the sets and the costumes for its visual style.

The screenplay doesn’t exactly sparkle but it does provide some amusement. One can’t help sharing Laura’s mother’s frustration with these rather vacuous self-obsessed characters. 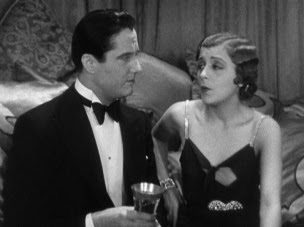 The Warner Archive double-feature DVD pairs this one with the equally lightweight but amusing Office Wife. The transfer is very grainy but it’s acceptable. Sound quality is adequate. This movie really could have used some restoration but I suppose we should be grateful we’re getting to see such movies at all.

Party Husband is certainly not essential viewing but if you enjoy pre-code movies it’s worth a look, mostly for Mackaill’s performance.
Posted by dfordoom at 8:58 PM