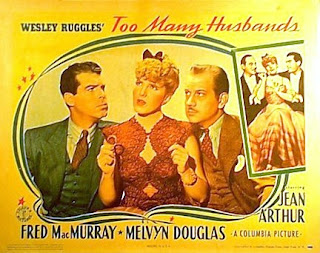 Too Many Husbands, made at Columbia in 1940, makes use of the woman with two husbands idea. This idea, and variations on it, seemed to have an endless fascination for the makers of screwball comedies.

Vicky Lowndes (Jean Arthur) is married to publisher Henry Lowndes (Melvyn Douglas). She had been married to his best friend and business partner Bill Cardew (Fred MacMurray). Bill disappeared in a yachting accident a year earlier and was presumed dead, allowing Vicky to remarry. The only trouble is, Bill didn’t die. After a year on a previously uncharted tropical island he was picked up by a passing freighter and now he’s back.

This is obviously rather embarrassing to Vicky, who finds herself with one husband too many. Embarrassing, but after thinking about it she decides she likes the idea. Now she has two men competing for her, each of them trying to prove that he is the ideal husband. Vicky didn’t think either of them was ideal when she was married to them. she thought that they both neglected her. Now they will both have to work much harder to prove themselves. 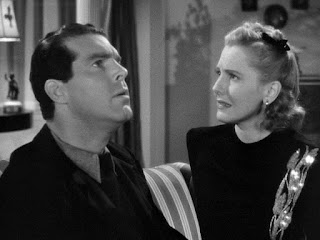 The idea’s potential for creating ever-increasing confusion and jealousies is pretty thoroughly milked. It’s a classic screwball comedy idea and with people who know what they’re doing on both sides of the camera (which this film has) it was always going to work.

The three leads are all splendid. The trick of course was to have the right chemistry between the leading lady and both of her leading men, and that requirement is amply fulfilled. Henry and Bill are very different sorts of men but both are equally likeable and we have no difficulty in believing that Vicky could have fallen in love with both of them, and in fact still be in love with both of them. 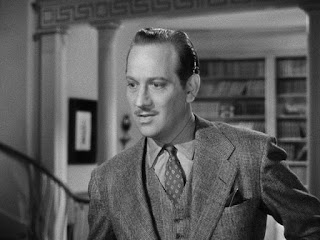 The other potential difficulty is that the audience might feel a preference for one husband or the other but Douglas and MacMurray both turn on the charm and so the audience finds itself wanting both of them to get the girl.

There is however one difficulty that this movie can’t overcome. Having set up the situation and milked its potential for laughs the script (by Claude Binyon from a play by W. Somerset Maugham) has to find a satisfactory ending, an ending that will leave all the principals happy. That of course is impossible. The movie tries to persuade us that somehow everyone does live happily ever after but the resolution feels forced and somehow seemed to me to be trying way too hard to be cheerful and zany. 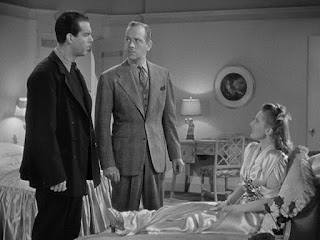 A more minor problem is that Vicky’s behaviour is rather selfish and even at times downright cruel, to the point where she risks losing the audience’s sympathies.

Director Wesley Ruggles helmed several other good screwball comedies and he handles his duties here with energy and panache. The energy is very important. Screwball comedy has to be exceptionally well-paced in order to convey the necessary feeling of crazy situations spinning wildly out of control. Ruggles has no problems in this area. 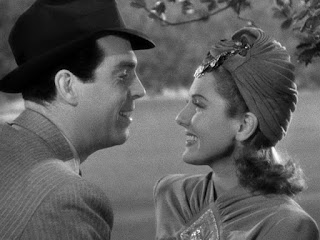 Too Many Husbands is generally great fun. With a more satisfactory ending it could have been a screwball classic but even as it stands it’s a very enjoyable 81 minutes.
Posted by dfordoom at 1:45 PM