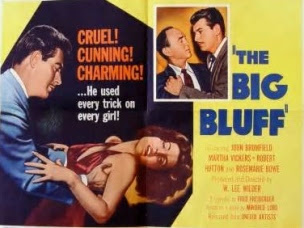 The Big Bluff is a low-budget 1955 crime movie that is almost dark enough to be film noir, but not quite. Nevertheless it’s a nifty little crime flick that is worth a look.

Valerie Bancroft (Martha Vickers) is a rich girl who has it all. Or rather, she had it all until one tiny complication came up. She has heart problems. Bad heart problems. Her doctor believes she’ll be lucky to live another year.

No-one is prepared to take the responsibility for telling her she’s dying. Marsha Jordan (Eve Miller) is her secretary/companion, and the closest thing she has to actual family. She can’t bear the idea of telling Valerie the truth, but she agrees with Valerie’s doctor when he advises her to get out of New York and take a relaxing vacation. As it turns out, LA might not have been the wisest choice of a place where Valerie can relax. 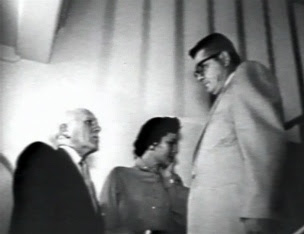 What Valerie finds in LA is not relaxation but love. She falls in a big way for the handsome charming Ricardo de Villa (John Bromfield), Rick to his friends. Marsha Jordan sees through Rick right from the start. To her it’s obvious that Rick is only after Valerie’s money but Valerie can’t see it. She is convinced that she has found True Love at last.

The audience already knows that Marsha is right. Rick is a two-bit gigolo, a low-life loser who has always lived off women. Rick thinks he’s found the proverbial gold mine - not only is Valerie rich but he won’t even have the bother of having to kill her. If he marries her he has only to wait a few months before she conveniently dies. You see Valerie’s doctor, the well-meaning but overly trusting Dr Peter Kirk (Robert Hutton) has spilled the beans about Valerie’s heart condition. 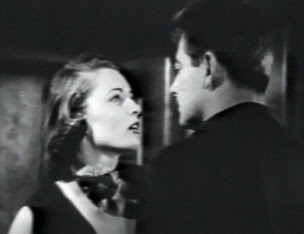 For a small-time swindler like Rick it seems like a perfect set-up. In a few months’ time he will be a very wealthy widower and then he can marry Fritzie (Rosemarie Stack). Fritzie is already married, to the very jealous Don Darvell (Eddie Bee), but Rick is confident this is is a minor problem that can easily be circumvented. Very soon there are wedding bells for Valerie and Rick.

It all seems ridiculously easy but there’s an unexpected snag. You might think that the excitement of marriage would be too much for someone as ill as Valerie, but in fact marriage proves to be very good for her. So good in fact that within a few months Peter  is able to report an astonishing improvement in her health. Her health has improved so much that he is now inclined to be quite optimistic about her prognosis. He gives her husband Rick the good news - Valerie is not going to die after all. As you might expect this good news is not good news at all for Rick. He now has the one thing that he and Fritzie hadn’t counted on, a healthy wife who might live for decades. 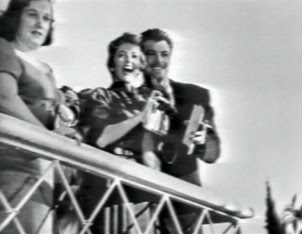 This changes everything for Rick and he will now have to take some active steps, but this is where he proves to be less than sure-footed.

Fred Freiberger’s screenplay is predictable but this is the sort of movie where that doesn’t matter too much. Our anticipation of events generates much of the suspense and although  the twist ending is unlikely to come as a major surprise it’s still enjoyable enough watching it unfold.

Director W. Lee Wilder was Billy Wilder’s brother. He had a fairy lengthy but undistinguished career. He does a reasonably good job here. He has quite a fondness for low-angle shots which he uses effectively. John Bromfield’s performance is the key to the success of this movie. He has to convince us that even though he’s an obvious low-life he can still fool Valerie and keep on fooling her. This he does quite effectively. Valerie is a problematic heroine - the viewer is likely to be quite irritated by her obtuseness and naïvete where Rick is concerned. The supporting cast is generally good, a pleasant surprise in what was clearly a low-budget movie from an obscure independent production company.

Every now and then Alpha Video will release a DVD that pleasantly surprises us by being of quite reasonable quality. We then get lulled into a false sense of security and we think it is safe to buy further DVDs from this company. And then along comes a DVD like this one and we are reminded of just how atrocious an Alpha Video DVD can be. This is a truly horrific transfer. It looks like a bad twelfth-generation VHS tape that has been left out in the rain for a few weeks and then rescued from somebody’s trash can. This is a truly miserable DVD presentation.

Having said that, the Alpha Video DVD is probably going to be your only chance to see this forgotten movie. If you’re a connoisseur of crime B-movies this one is worth checking out. It’s no masterpiece but it’s perfectly decent entertainment.
Posted by dfordoom at 9:17 PM