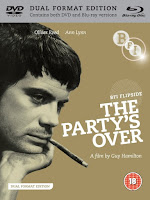 The Party's Over has been released as a dual-format Blu-Ray and DVD edition by the British Film Institute in their Flipside series. The series presents odd and offbeat British movies of the 60s and is interesting in giving us a look at some completely forgotten moments in British cinema. Sadly some of these moments really are best forgotten, including this film.

The movie had a troubled history and the first thing that needs to be noted is that despite its 1965 release date it was in fact made in 1962. That’s important because if you view it as a 1965 film it looks hopelessly dated, as indeed it was by the time it finally reached cinema screens in 1965.

The subject matter here is the beatnik sub-culture, a forerunner of the hippies and other counter-culture movements of the 60s and 70s. The beatniks were every bit as self-righteous and irritating as the sub-cultures that followed them.

A clean-cut and very conventional young American businessman named Carson (Clifford David) arrives in London. He’s looking for his fiancée who has joined a beatnik crowd and is enjoying the hedonistic lifestyle of this sub-culture. Or rather she’s not enjoying it since it consists mostly of pompous would-be artists and poets getting drunk and getting stoned and jumping in and out of bed with each other and making their lives as wretched as they can. They’re rejecting the materialism of their parents and protesting the wickedness of the system so it’s obviously important to be as miserable and self-destructive as possible. 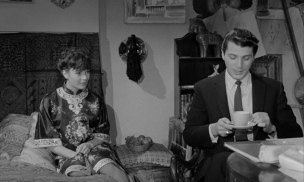 The leader of this annoying bunch of half-wits is a prize half-wit named Moise (Oliver Reed).

Carson finds that his fiancée, Melina, is avoiding him. Moise has been trying to get her into bed, without success. He’s become obsessed with her. Almost as obsessed with her as he is with himself. One of the other losers among this crowd, Phil, thinks he’s in love with her. Carson finds an ally of sorts in Nina (Catherine Woodville). Nina has started to tire of the infantile lifestyle of the beatniks and decides that maybe a man who is not a pathetic loser might be a better bet than any of her erstwhile companions. She’s ready to leave the kindergarten and join the grown-up world. 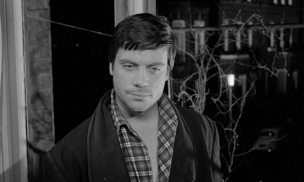 But tragedy is about to strike the beatniks, confronting those who still have a few brain cells left with the possibility that maybe it’s time all of them stopped playing in the sandpit and grew up. Maybe the party’s over, and not before time.

The movie had endless problems with the British censor which delayed its release for several years and caused director Guy Hamilton and the producers to remove their names from the credits in protest at the censor’s cuts. Not having his name attached to this turkey was probably a lucky break for Hamilton. OK, I can see what he was trying to say. His view of the movie is that the message was that if you’re going to reject society’s values then you’d better have something workable to replace them with, which of course the beatniks don’t have. It’s a valid message that does come across fairly well. The problem is the clumsy script, the cringe-inducing dialogue, the listless directing, the repellant nature of the characters and the generally poor acting. Even Oliver Reed is bad, and I’m a huge Oliver Reed fan. 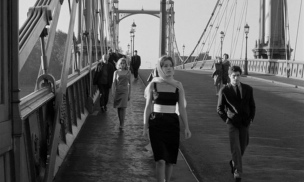 At one point the chief censor suggested a new ending be added which would see the entire beatnik crew run over by a bus. To me that idea had considerable merit but I’d have put it at the beginning. That way we’d have had a tedious three-minute film instead of a tedious 95-minute film.

As a look at beatnik culture it’s as depressing as beatnik culture really was. Overgrown children thinking they’d discovered the answer to all of society’s ills by wallowing in their own vomit while spouting excruciatingly bad poetry. 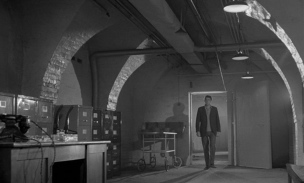 You can almost enjoy this movie if you approach it as a so-bad-it’s-good movie, except that it’s too long and too dull. If you want a more entertaining British look at this sorry sub-culture you’re better off with Beat Girl (1960). The Party's Over just takes itself too seriously.

I compared the DVD and Blu-Ray transfer and to me they look identical, so I have no idea why the BFI bothered with the Blu-Ray. Both transfers are good although there’s quite a bit of print damage. There’s an informative booklet that takes this dreadful movie almost as seriously as it takes itself.
Posted by dfordoom at 8:37 PM