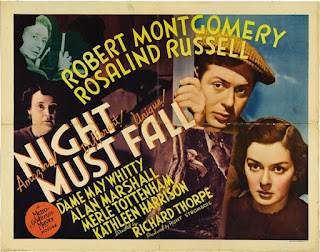 Night Must Fall was based on a hit play by Emlyn Williams, and that is a large part of the problem. This 1937 MGM movie never really escapes from its stage origins.

It has a classic traditional murder mystery setup. Mrs Bransom (Dame May Whitty) is a wealthy old lady who lives in a fairly isolated house in the country. She is an invalid, although it seems obvious that he is an invalid by choice rather than force of circumstances. Being an invalid makes it that much easier for her to tyrannise her household staff. That staff includes her long-suffering niece Olivia (Rosalind Russell). Olivia is an odd girl, perhaps too imaginative for her own good.

There’s been some excitement in the district, with the police searching for a woman who has gone missing. It’s clear that the police have reason to suspect that the woman has met with foul play. 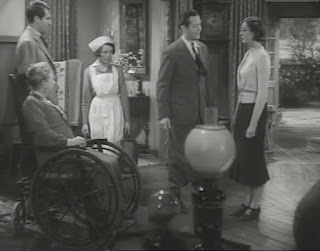 The latest addition to Mrs Bransom’s household is a plausible young man named Danny (Robert Montgomery). He has talked his way into a job. Danny is a young man who fancies he can talk his way into anything. His methods are extremely crude but nonetheless effective - lots of flattery and shameless appeals to sentimentality. These methods prove to be spectacularly successful wth the old lady.

Danny has less success with Olivia. She is convinced right from the start that Danny is no good and a fraud and generally bad news, and it has to be admitted that anyone with any sense would see though him as easily as Olivia does.

Olivia not only suspects Danny of being no good. She even suspects he may be a murderer. 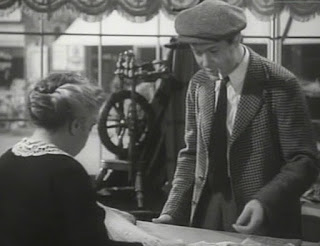 The plot unfolds at a pace that can only be described as glacial. The characters talk. And they talk and they talk and they talk. They never stop talking. The talking does nothing to advance the plot - the direction the story is going to take is obvious from the start. The talking does nothing to flesh out the characters. We know what kinds of people these are within the first five minutes, and our initial impressions turn out to be perfectly accurate. It’s just talking for the sake of talking.

That would be bad enough, but there’s also Robert Montgomery’s excruciatingly stagey performance. Rosalind Russell is rather better. She still talks too much but at least she understands that she’s not on stage. Dame May Whitty’s character is embarrassing. 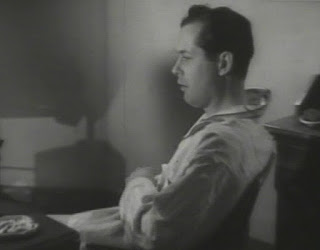 John van Druten wrote the script. At least half of the dialogue should have gone straight into the wastepaper basket.

Richard Thorpe was already in 1937 an extremely experienced director but for some reason he is content to shoot this movie pretty much as a filmed play.

There’s no mystery at all. There’s also no effective suspense. On the rare occasions when there might have been just a little suspense it is ruined by interminable unnecessary dialogue. 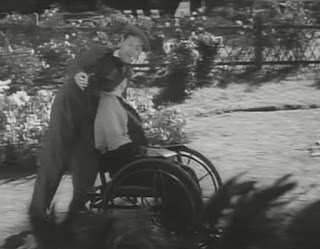 Even the sets are rather dull.

I caught this movie on TCM. It’s available on DVD in the Warner Archive Collection.

Night Must Fall is an object lesson in how not to adapt a stage play, and how not to make a mystery thriller. Every mistake that it is possible to make was made by the makers of this movie.

This is a movie to avoid.
Posted by dfordoom at 6:30 PM