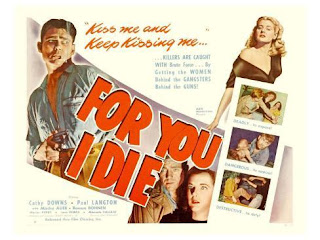 Johnny Coulter (Paul Langton) and Matt Gruber (Don C. Harvey) have just busted out of prison. Only Johnny didn’t want to escape. Gruber put a gun in his ribs and forced him to help him escape. Johnny was a trusty and only had a year left to serve so he’s pretty unhappy about the whole situation. In any case he heads for Maggie Dillon’s diner where Matt assures him that his girlfriend Hope Novak will look after him.

When Johnny gets there he meets a girl and assuming it’s Hope he spills the whole story. But this girl isn’t Hope, she’s Georgie, who also works at the diner. Hope, even though she’s a convict’s girlfriend, is a good girl. Georgie maybe isn’t so good. So it may have been a mistake to tell everything to Georgie. 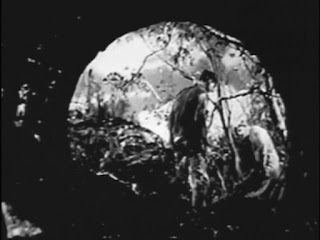 Hope is pretty sensible. She tries to persuade Johnny that the smart thing to do would probably be to give himself up (and she’s undoubtedly correct). But if a film noir protagonist ever did the smart thing we wouldn’t have a film.

Maggie offers Johnny work pumping gas at the diner and for a while it seems like he’s safe. He has a bit of a scare when the deer is held up but he comes out of that looking like a hero. There is however the problem of Georgie. If ever a girl was an obvious femme fatale it’s Georgie. And she’s decided she likes the look of Johnny. It’s a pretty reasonable assumption that Georgie is going to cause some trouble before this movie ends. 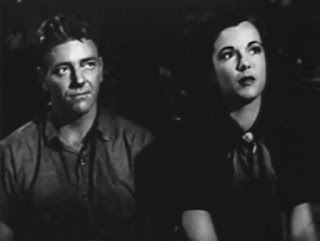 The real problem for the movie is that there’s not enough plot for the 76 minute running time. There’s not near enough plot. For much too long the characters talk about doing things and wait for things to happen but nothing actually happens. When things finally do start to move at the end of the movie we get a climax that is OK though perhaps a bit contrived. 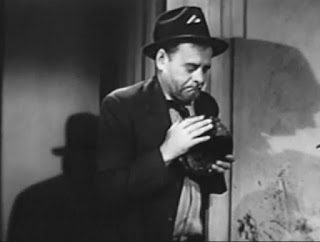 Paul Langton is quite effective as Johnny. Johnny is a guy with a chip on his shoulder the size of Arizona but Langton is able to make him reasonably sympathetic. Cathy Downs is very good as Hope, a good girl who perhaps has a past that is more colourful than it should be. She’s an actress whose career never really took off for some reason. Jane Weeks goes a bit too over-the-top as the bad girl Georgie but her performance is great fun.

There’s some very irritating and completely out-of-place comic relief from Mischa Auer as an eccentric Russian cab driver-musician-artist, and it goes on and on. And there’s more feeble comic relief from Roman Bohnen as the drunk cook Smitty. 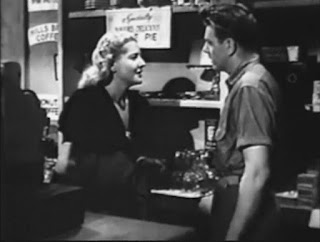 The Alpha Video DVD offers us a transfer that is atrocious even by their standards. The problem it’s that much of the film takes place at night, and the night scenes are so dark that it’s difficult to keep track of what is going on and who is who. On the other hand if you want to see this movie this might be the only way to see it.

For You I Die almost makes it as a compelling film noir. It has good moments. It has one priceless gem of film noir dialogue. It has fairly good performances. But it’s too slow and gets sidetracked too often by irrelevancies and the ending doesn’t quite deliver the goods. There are some truly wonderful Poverty Row film noir obscurities, movies that turn out to be neglected gems, but this isn’t one of them. It’s not awful but it’s not all that good. Maybe worth a rental.
Posted by dfordoom at 6:43 PM