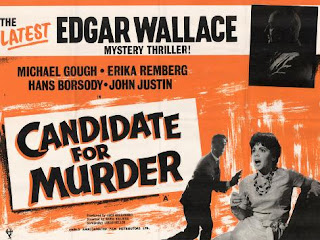 Candidate for Murder is a 1962 entry in the incredibly prolific series of Edgar Wallace thrillers made by Merton Park Studios in England.

Donald Edwards (Michael Gough) has a beautiful and glamorous wife but Helene Edwards  (Erika Remberg) is a film star and she’s off to Hollywood to make a movie. And she’s announced that she thinks they should have a trial separation. She also has a friend, a handsome barrister named Robert Vaughan (John Justin). Helene insists that there’s nothing in it although it’s pretty obvious that there’s quite a bit in it.

Donald was always a jealous husband and now he’s become just a little unhinged by all this. In fact he’s hired a hitman to resolve his marital difficulties for him. 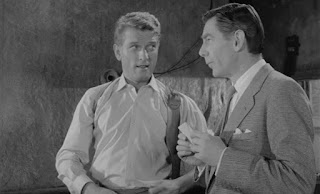 Kersten (Hans von Borsody) is the hitman. He’s a German, a veteran of the French Foreign Legion, and he’s your archetypal cold-as-ice professional killer.

The basic setup is as old as the hills but this one adds some genuinely neat and original twists (and there are quite a few of those twists). It even has some interesting character stuff.

And there’s some location shooting and even some action. 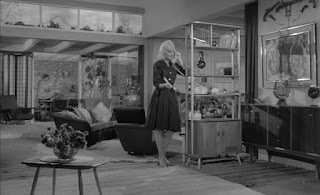 Playing a character who is a bit unhinged is obviously right up Michael Gough’s alley. He’s trying to stay in control but right from the start it’s clear he’s not playing with a full deck. He wants Kersten to tell him all about killing, how it feels for the killer and how it feels for the victim. Kersten obviously doesn’t feel anything at all and is annoyed by the questioning. He’s happy to do the job but not too comfortable about the thought that he may be working for an unpredictable madman.

Erika Remberg does well as Helene, making her neither too sympathetic nor too unsympathetic. She probably has done her best to be a good wife but Donald Edwards would obviously be a difficult man to be married to. 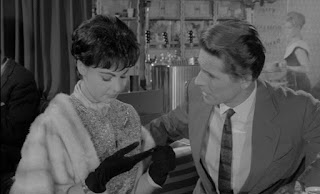 Director David Villiers is a bit of a mystery man. He apparently died the same year this movie was released, having directed only two features. He handles things here very efficiently.

Writer Lukas Heller had a much more illustrious career, having scripted a varied assortment of odd but interesting movies (The Killing of Sister George, the delightful tongue-in-cheek spy flick Hot Enough for June, The Dirty Dozen and Whatever Happened to Baby Jane?). His screenplay for Candidate for Murder is extremely clever.

The black-and-white cinematography is very good and I liked the Edwards house - one of those split-level houses so popular in the early 60s. 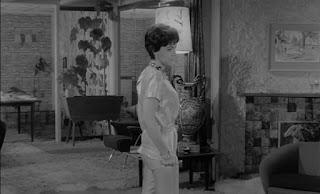 The one aspect of the movie that some people seem to find unsatisfactory and implausible (or poorly motivated) actually makes perfect sense if you watch the movie carefully. Perhaps some viewers just weren’t expecting such subtlety, or weren’t expecting to have to think about a cheap B-movie.

Candidate for Murder is for my money one of the better entries in what is on the whole a pretty solid cycle of mystery thrillers. Highly recommended.
Posted by dfordoom at 10:02 PM