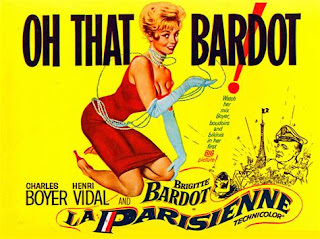 Une Parisienne (AKA La Parisienne) is an early Brigitte Bardot movie, released in 1957. I find Bardot’s romantic comedies of this era to be rather charming and this one is no exception. It was directed by Michel Boisrond who also helmed two of her other equally enjoyable 1950s romantic comedies, Naughty Girl and Come Dance With Me.

Bardot plays Brigitte Laurier, the daughter of the President of France. She has decided that she is madly in love with her father’s private secretary, Michel Legrand (Henri Vidal). Michel already has enough to worry about, with assorted mistresses including at least one who has tried to kill him. He is also ambitious and does not want to offend her other by playing footsies with his daughter. 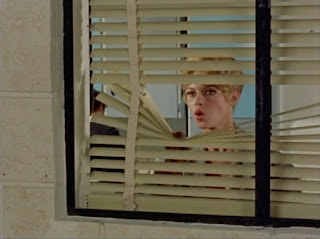 Brigitte is however a very determined girl and she cooks up various schemes to capture Michel, schemes which eventually succeed. Once they are married the trouble really starts. Brigitte is sure that her new husband is still playing around with his mistresses (and certainly his mistresses are still pursuing him). So, at a reception for a European prince,  she announces that she is going to have an affair with the next man who walks through the door. The next man who walks through the door happens to be the prince. Brigitte is undaunted.

Prince Charles is played by Charles Boyer, perhaps a little old at that time to be paired with Bardot (he was 58). But then Brigitte’s pursuit of the prince is supposed to be outrageous. It is fascinating to see Boyer, one of the great French male screen heart-throbs of an earlier era, teamed up with the greatest French female sex symbol of the 50s (and possibly the greatest French female sex symbol of all time). 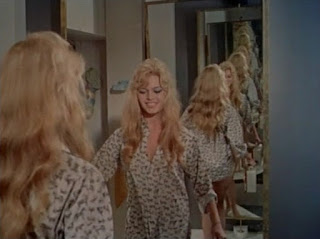 Bardot was twenty-three at the time, at the height of her beauty and already a seasoned actress. She had a particular gift for light comedy. She made something of a speciality of playing naughty girls. Not evil women, not dangerous women, just girls who are harmlessly and delightfully troublesome. The sort of women who won’t ruin a man’s life but they will make his life an endless series of dramas. But he won’t really mind. That’s the sort of girl she plays in this movie. Brigitte is oblivious to the normal social rules and creates mayhem but in a good-natured sort of way. She is exasperating but always adorable.

As is the case with all of her movies of this period (and most of the movies of her career) this is almost entirely a star vehicle for Bardot. She is the reason you’re going to watch this movie and she is more than capable of carrying such a film on her own. She positively sparkles. She is astonishingly sexy, but in a playful and almost wholesome way. She gives the impression of being a woman who really enjoyed everything about being a woman. 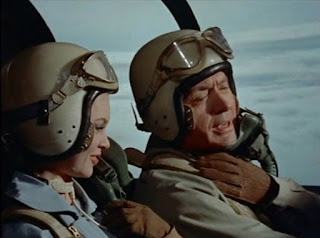 While this is very much Bardot’s movie she gets very good support from Henri Vidal and from Boyer.

This movie gets off to a bit of a slow start but once it builds up a head of steam it becomes a sheer delight. It’s a movie in which adultery is taken for granted and anyone could be sharing anyone else’s bed but it’s a kind of honest adultery. The characters have affairs but they don’t really hide them and (in contrast to real life) no-one actually gets hurt. This is the jet set lifestyle.

And Brigitte only wants to have an affair to make her husband love her. What she really wants is a proper marriage, which she doesn’t think she has. 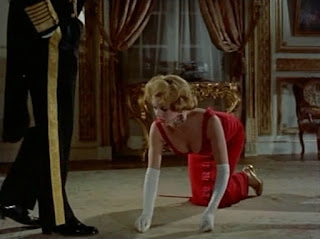 The witty script gives Bardot and her co-stars something to work with.

This was 1957 so there’s no nudity and Bardot proves she didn’t need to get naked to be sexy.

This movie has been released on DVD but good luck finding it, especially a version with English subtitles. I caught it on cable TV. It’s a great pity because it’s one of Bardot’s best early films.

Une Parisienne is a frothy lightweight romantic sex comedy with Bardot at the top of her game, doing the sort of thing she did supremely well. What’s not to love? Highly recommended.
Posted by dfordoom at 11:28 PM