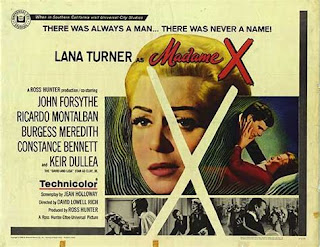 Rising diplomat Clay Anderson (John Forsythe) has married poor shop girl Holly (Lana Turner). They’re socially mismatched but they’re madly in love and against the odds the marriage seems quite successful and they have a son. Clay’s mother Estelle (Constance Bennett) doesn’t really approve of the marriage but she has little choice other than to accept it.

The trouble starts as Clay’s career blossoms and he has to spend an enormous amount of time away from home. Holly starts to see way too much of charming but notorious playboy Phil Benton (Ricardo Montalban in full-on Latin Lover mode). Then an accident occurs which gives Estelle the chance to get rid of Holly. Holly is presented with a stark choice - she can risk a scandal and possibly worse or she can disappear. So she chooses the option of disappearing from Clay’s life. 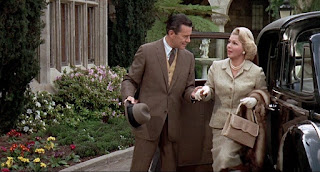 Estelle packs Holly off to Switzerland, ensured that he will be generously provided for financially. As you might expect Holly cracks up and is found dying in the snow by the kindly musician Christian Torben (John van Dreleen). He nurses her back to health, or at least to physical health but the emotional scars are another matter. They may never heal.

Christian wants to marry her but of course she can’t and she lives and her life goes steadily downhill. She ends up in Mexico, an alcoholic and (it is at least implied) a whore. She hooks up with grifter Dan Sullivan (Burgess Meredith) and amazingly things get even worse for her. Dan has a plan and she cannot permit him to carry it out. The plan will bring her into contact with a young lawyer (played by Keir Dullea), with mometous consequences. 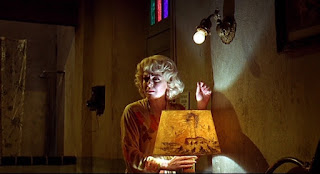 Lana Turner’s performance is extremely melodramatic, but that’s Lana Turner. If you cast her in a melodrama she knew exactly what was required of her and she delivered the goods in her inimitable and outrageously over-the-top style. She was not by any stretch of the imagination a great actress but here’s she’s doing what she did best and she’s doing it well. As the movie progresses she overacts more and more and the more she overacts the better she gets (which was alway the case with Lana Turner).

The other key cast members all know what is required of them as well. Their performances might not be good by conventional standards but they’re just right for this film. 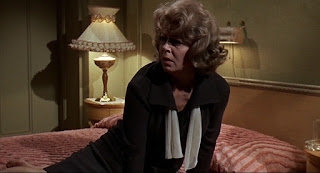 Director David Lowell Rich does a competent job but this is very much a Ross Hunter film. Ross Hunter was proof that a producer could be an auteur. It has all the Ross Hunter trademarks. It’s in Technicolor and widescreen and it looks lush and expensive. It has the Ross Hunter look, in spades.

This is pure melodrama and it’s very much what used to be described as a woman’s picture. You can criticise it for being sentimental and for being campy and for being overwrought but it’s supposed to be all those things. It’s idle to criticise a movie than in fact achieves everything it sets out to achieve. Of course it is perfectly valid to dislike it because it’s simply not your cup of tea. 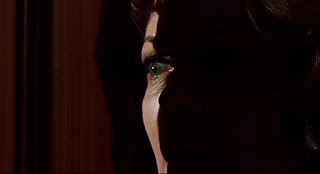 Madame X has had several DVD and Blu-Ray releases. The one I have is the double-feature pack (paired with Portrait in Black) from Universal. The anamorphic transfer is very good. The only extra is the trailer.

If you’re contemplating seeing this movie there are three questions you need to ask yourself. Do you enjoy totally excessive melodramas? Do you like the Ross Hunter style? Do you like Lana Turner? If (like me) you answered yes to these questions then I recommend this film although it has to be said that there are better Ross Hunter melodramas out there.
Posted by dfordoom at 1:23 PM