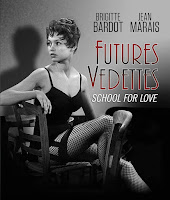 Futures Vedettes (AKA School for Love and Sweet Sixteen) is one of Brigitte Bardot’s early films, released in 1955. It was directed by Marc Allégret. Bardot was just starting to attract some attention at this time. A year later And God Created Woman would make her an international star and a cinematic icon.

Futures Vedettes (which means future stars) is a romantic melodrama with a few comic touches but it’s always romance that takes centre stage. It can also be seen as a coming-of-age movie. It focuses on the girls studying music and dance at the Vienna Conservatory of Music. More specifically it focuses on their relationship with their singing teacher, famed tenor Eric Walter (Jean Marais). He is a good teacher but a hard taskmaster. The girls are not only learning to be singers and dancers, they are learning to be women, which means they are learning about love. Eric is quite happy to give them lessons in this subject as well.

Pretty much all the girls are in love with him. There is a rumour that he used to beat his wife, with a belt. This excites the girls a good deal. What a man! So passionate! 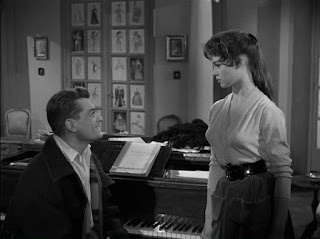 Eric is separated from his wife Marie (Denise Noël). He is still obsessed with her. He just cannot forget her or get her out of his system. That does not stop him from having numerous affairs. This year the two students who have caught his eye are Sophie Dimater (Bardot) and Elis Petersen (Isabelle Pia). Both are very talented but there is quite a contrast between them. Sophie is outgoing, confident, determined and somewhat fiery. She knows she is going to be a star. She is also very aware of her feminine charms and the effect they have on men. Elis is shy and totally lacking in confidence. Both girls are hopelessly in love with Eric, both get involved with him and both sleep with him. Despite his reputation for womanising both are convinced that with them it will be different. He will fall in love with them. Perhaps, in his own selfish way, he does. But for Eric there is always Marie.

Obviously hearts are going to be broken, the question is which of the three women will be the ones to suffer. Eric is rather cold-blooded about this. If you want to be a great singer you have to learn about suffering so even if he breaks a girl’s heart at least it will make her a better artist. If he’s not quite a cad he’s pretty close to it but this makes him more sexy and more desirable. As you may have gathered by now this is not a movie that could get made today. Its political incorrectness levels are almost off the scale. 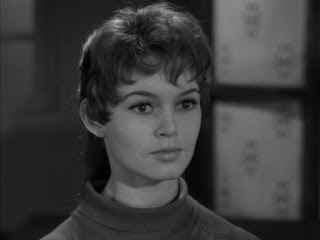 Bardot’s then-husband Roger Vadim, soon to play a very important rôle in her career, was one of the writers. Marc Allégret would direct Bardot again in 1956, in Mam'selle Striptease.

The main reason for seeing this movie today is of course Bardot. It’s not one of her greatest movies but she is impressive. The fact that she was stunningly gorgeous and wiling to take her clothes off led to her being underrated as an actress (and she’s still underrated by critics today). She was very good at light comedy (her early romantic comedies are charming) but she could handle serious dramatic rôles when given the chance to do so. 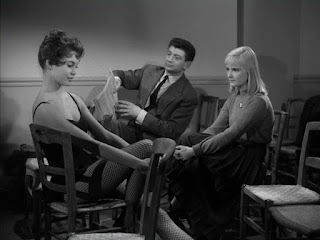 You might be wondering if Bardot takes her clothes off. The answer is yes. She has a discreet moderately revealing nude scene. It’s restrained but it’s certainly infinitely more daring than anything that would be seen in American movies at the time, or for a decade or so to come. It has to be said that it’s tasteful and playful and it actually does serve a plot function.

Isabelle Pia might have been overshadowed by Bardot but she gives a strong performance as Elis. It’s quite a demanding part since she has to make Elis timid and mousy but at the same time sympathetic and likeable.

Both Sophie and Elis are perhaps naïve but they are supposed to be young, just beginners at the game of love, so we can forgive them and sympathise with their hopes and their heartbreaks. We can’t help liking them both. They’re rivals but neither could be described as scheming or manipulative. 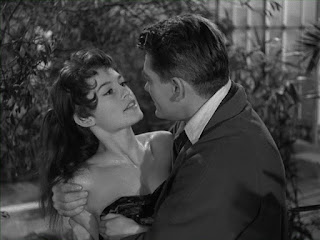 Yves Robert is very good as Eric’s assistant Clément who has been unfortunate enough to fall in love with Elis even though he knows he has no chance with her. Robert manages to make Clément seem not too pathetic. Mischa Auer has some fun as Eric’s manservant Berger.

Cinetrove International’s Blu-Ray release (which includes the movie on DVD as well) is superb. The black-and-white cinematography looks terrific. The only significant extra is a brief featurette on Bardot.

If you enjoy romantic melodramas then Futures Vedettes should satisfy you, and if you’re a Bardot fan you’ll definitely want this one. Highly recommended.
Posted by dfordoom at 4:12 PM