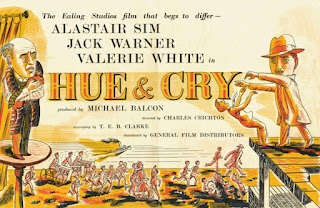 Hue and Cry, released in 1947 and directed by Charles Crichton, was the first of the famous Ealing comedies. Michael Balcon, head of production at Ealing, had not been thinking in terms of making a series of comedies but the success of Hue and Cry made such a series suddenly seem like a very good idea indeed.

Joe Kirby (Harry Fowler) is a young man with a vivid imagination. When he swipes a comic book from a younger boy it sparks that imagination into overdrive. He’d love to be a famous detective like Selwyn Pike, the hero of the comic book (Selwyn Pike being obviously a Sexton Blake-type hero). And then he sees a van in the street, and it has the same licence number as the van that features in Selwyn Pike’s latest comic-book adventure! The van in the comic is being used to transport corpses. Maybe the van Joe saw isn’t being used for that exact purpose but it could be involved in some criminal endeavour. Joe thinks that’s practically a certainty. 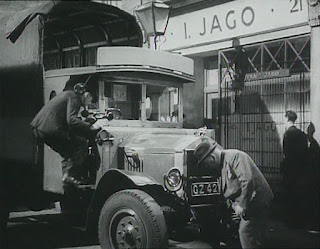 Joe’s first attempt at playing amateur detective lands him in trouble with the police. The good-natured Detective Inspector Ford assures him that there’s no such licence plate as the one he saw, because there are no licence plated beginning with the letters GZ.

Joe talks things over with his pals and together they come up with an elaborate conspiracy theory involving secret codes that might explain that licence plate. By now Joe has pretty much convinced himself that it’s his destiny to be a great detective and that it will only be a matter of time before Detective Inspector Ford offers him a job with the Criminal Investigation Department. 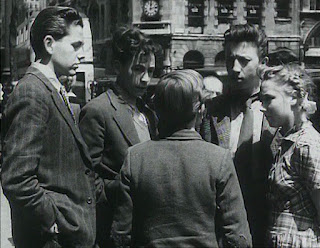 The youngsters think they’ve come up with a brilliant plan to foil a major criminal conspiracy but their plans backfires on them. But they’re not disheartened. They think they’ve figured out the identity of the diabolical criminal mastermind behind the whole thing.

There’s plenty of amusement to be had and the crime plot is pleasingly fast-paced. This is a movie bursting with energy, something that would have been appreciated by audiences living through the austerity of post-war Britain.

Alistair Sim gets top billing although he really only has a minor supporting rôle. But Sim had the star power the movie needed and while his appearances are brief they’re also brilliant. 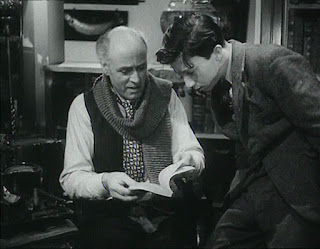 The young actors are generally very good with Harry Fowler as Joe being a fine likeable hero whose boundless optimism and outrageous confidence in his powers as a detective carry him through all setbacks.

Charles Crichton went on to even greater success at Ealing with The Lavendar Hill Mob. He later had a very successful career as a television director.

T.E.B. Clarke wrote the screenplay and became one of Ealing’s most successful comedy writers. Crichton and Clarke worked together a number of times, with great success. 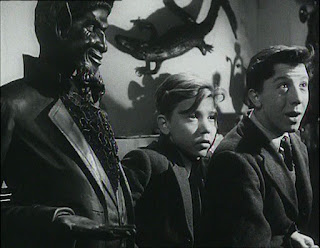 The location shooting (of which there’s quite a bit) provides some fascinating glimpses of immediate post-war London.
It’s not hard to see why this movie was a hit. Kids would have loved it as a light-hearted “kids playing at being detectives” romp while their parents would have enjoyed the comedy and the clever wittiness of the plot.

Hue and Cry has had a number of DVD and Blu-Ray releases and you should have no difficulty finding a copy.

This is a charming, witty and amusing movie. Highly recommended.
Posted by dfordoom at 7:25 PM