The Blue Angel was the first of the Josef von Sternberg-Marlene Dietrich films but it stands apart from the others. It was made in Germany at Ufa Studios (with both German and English language versions being shot in Germany) and it was on the strength of its success that von Sternberg and Dietrich ended up at Paramount.

Professor Immanuel Rath (Emil Jannings) teaches at the local gymnasium (the German equivalent of a high school). He is a pompous and faintly ridiculous figure but he has an orderly respectable life which suits him. He is alarmed to discover that his pupils have been sneaking into the notorious Blue Angel night-club, to watch the rather lascivious performances of the famous Lola Lola (Dietrich). The Professor sets off for the Blue Angel to put a stop to this, and there he encounters Lola Lola herself. She flirts with him outrageously, having decided that he’s rather sweet.

Emil Jannings was a huge star in Germany at the time and the movie was intended as a star vehicle for him. Marlene Dietrich had been making films for several years but was still unknown even in Germany. The Blue Angel would change all that. After this film she was a certified international star and Paramount was soon waving cheque books in front of her. 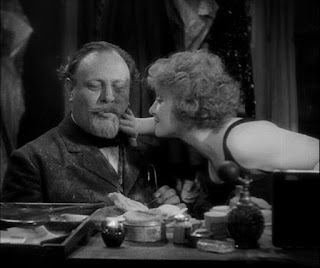 Jannings was a fine actor but was still fairly locked into the silent era style of acting. That doesn’t really matter since this is a Josef von Sternberg movie and Jannings’ performance simply gives it more of the stylised feel that was von Sternberg’s trademark. Dietrich was clearly much more comfortable with the sound film medium, and that’s an advantage as well. Her more relaxed, ironic performance offers the right contrast.

There are elements of melodrama here but to a large extent the story plays out as farce, and it actually is very funny at times.

The conventional way to approach The Blue Angel is to see Lola Lola as a femme fatale who lures poor Professor Rath to his doom. That conventional view can be defended but what makes it such an interesting film is that all the evidence in favour of the conventional view is open to quite different interpretations.

When you watch the film carefully however that conventional view doesn’t quite stand up. When they first meet Lola Lola does have some fun at his expense but it seems to be good-natured flirtatious fun. When she goes up the spiral staircase in her dressing room, undresses and then tosses her panties down at him you could see that as the first stage in her plan to degrade him. In fact it’s much more likely that in her world this is a perfectly normal thing to do - she is used to dealing with men who take such things in their stride because that’s how her world works. She can’t be expected to understand that poor Rath has probably never seen a pair of ladies’ panties before, much less had a pair dropped on him. She’s simply being herself. 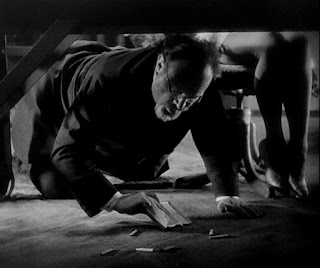 When she tells him that she thinks he’s sweet, I think we can take that at face value. She flirts with him, but she’s not teasing him in a cruel way. She not only sleeps with him but gives the impression that she enjoyed it. She doesn’t mock him. She behaves the way you’d expect a woman to behave if she’s just spent the night with a man she’s fond of. She’s playful and affectionate. She really does feel a weird (even possibly perverse) attraction to him, but the attraction seems to be there.

When he proposes to her she bursts out laughing but then she realises that he actually means it and she accepts. I think it’s important to note that she in no way manipulates him into marriage and she has nothing to gain from the marriage. She’s not trying to gain respectability - she is from first to last indifferent to respectability. She doesn’t marry him for his money because he doesn’t have any.

The wedding night scene gives the impression that she not only intends to have normal marital sexual relations with him but that she’s looking forward to it. There is not the slightest suggestion that she feels any distaste for the idea of sleeping with him. 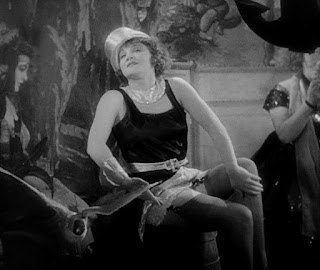 The notorious scene in which he puts her stockings on for her can be read as a sign of the degradation to which his obsession has reduced him, but Lola Lola does not really mock him. She accepts the act of physical intimacy the way one would expect a wife to accept such an act from her husband, and again there’s nothing to suggest that she is denying him other acts of intimacy.

She does of course end by destroying him, but I don’t think she ever had the slightest intention of doing so. What destroys the Professor is that he has tried to move from one world to another, to move from the world of order and respectability to the world of carefree fun and pleasure and he is simply not equipped to survive in that world. That’s not Lola Lola’s fault. It was a tragic error of judgment on Rath’s part, and if he’d been more worldly he could have had the best of both worlds - he could have secretly married Lola Lola or set her up as his mistress. But he’s not capable of doing that. It is he who insists on publicly marrying her and publicly proclaiming her as his wife. And when he starts to fall apart it’s because he cannot adapt to her world. Lola Lola has offered him what she has to give and it’s not her fault that it fails to make him happy. And remember, she never asked him to marry her and she was obviously happy to sleep with him without being married to him. She did not entice him into marriage by holding out the promise of sex to him.

I think it’s almost certain that Lola Lola has much more affection for Rath than von Sternberg does. It’s clear that von Sternberg sees him as a pompous authority figure who deserves to be taken down. It’s also just possible that much of the complexity of Lola Lola’s character comes from Dietrich’s extraordinarily sensitive performance. 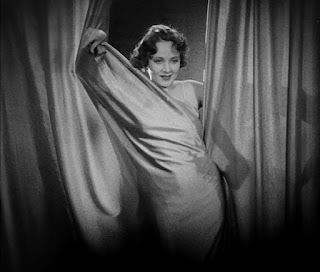 If von Sternberg had wanted us to see Lola Lola as a cruel wanton destroyer of men you have to ask yourself why he passed up countless opportunities to indicate that Lola Lola despises Rath. In fact in scene after scene we see her treating him with kindness and love, and even being protective towards him. She actually appears to love him. Until the very end, when Rath’s self-destructiveness has reached epic proportions, there’s no clear indication that she has stopped loving him. Perhaps she has affairs, but for Lola Lola giving her body is not the same as giving her heart. And again one has to ask, if Lola Lola has been betraying Rath why does von Sternberg not include anything to indicate specifically that this is so?

Perhaps the best clue to the relationship is the line from her famous song from the movie (known in English of course as Falling In Love Again) - “Men swarm around me like moths to a flame/and if their wings get burnt, I can't be blamed.” Professor Rath should never have tried to leave his own world, but he freely chose to do so.

I think that seeing Lola Lola as a woman who destroys a man accidentally rather than deliberately makes the film a lot more interesting. And it makes her a much more fascinating and complex character. What makes it even more interesting is that while Lola Lola may not be a scheming femme fatale she is certainly a woman who lives uncompromisingly for pleasure. Adding another layer of complexity to the movie is that we’re not necessarily meant to condemn her for this, in fact we may be meant to admire her for it. My take on Lola Lola is that she’s a woman who wants to give love as well as receive it and that Rath is the first man who has actually wanted more from her than sex. 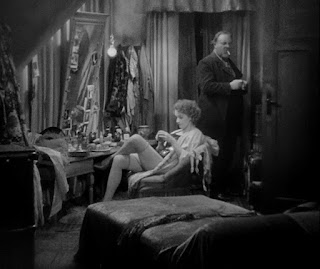 A lot of people will insist on seeing this movie as having some political message related to the rise of the Nazis. There’s really not the slightest reason to think that von Sternberg had any such intentions.

The Blue Angel is a bona fide masterpiece that lives up to its reputation. Very highly recommended.
Posted by dfordoom at 7:30 AM