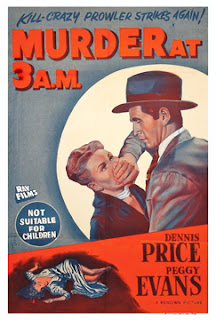 Murder at 3am is a low-budget British crime thriller from 1953. It begins with a murder which happens at 3am. A woman who had left a night-club shortly before was attacked and robbed on her doorstep. This is the fourth such robbery but the first to end in murder.

The attacks have all taken place at around the same time, which Inspector Peter Lawton (Dennis Price) thinks is significant. All the victims have been women and all have been attacked after leaving night-clubs. There’s obviously a pattern, but at this stage not enough of a pattern to allow Lawton to solve the case.

Lawton’s sister has just become engaged to an up-and-coming writer of detective novels, Teddy King (Philip Saville). Teddy proposes an outlandish theory - that the first letters of the names of the night-clubs concerned might provide a vital clue. Lawton is sceptical. This is the sort of thing you’d expect in a detective story, not real life. Lawton is however prepared to consider any theory and he knows that criminals are often superstitious and do follow set patterns. In this case Teddy’s theory leads him astray.

Lawton has come up with a theory of his own - that the killer makes his escape via the river and that he uses a boat which is hidden on the river and that it can only be hidden at high tide. The attacks (by now there has been a fifth attack and a second murder) do seem to coincide with nights on which high tide is around 3am. 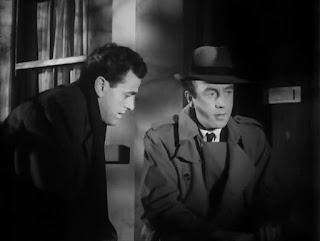 A new piece of evidence causes the investigation to take a very different turn.

The solution to the puzzle is perhaps a little contrived but then murder mysteries do often have slightly contrived solutions.

There’s some reasonable suspense at the end as the police net starts to close around the killer but will it close quickly enough to prevent another murder?

The use of the Thames as a hiding place and as a setting for the final manhunt is done quite effectively. 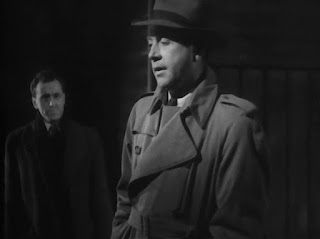 Dennis Price was very good at playing cads and sinister characters but he could play heroes with equal facility as he does here. Inspector Lawton is a rather languid although likeable sort of fellow but he’s a more methodical policeman than he initially seems to be.

The supporting cast is generally solid with Peggy Evans being quite good as Lawton’s sister (who plays an important rôle in the story).

Director Francis Searle spent his career churning out these kinds of low-budget movies and doing so quite successfully. 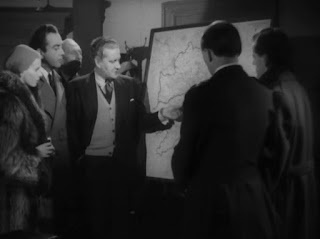 This is a solid enough police procedural.

Murder at 3am is obviously a low-budget effort and can be considered to be a representative of the “quota quickie” - cheap movies made to take advantage of a British government policy of imposing on cinemas a quota of British-made films. Quota quickies were and often still are often despised but many were quite decent if unambitious little movies. On the whole the quota system worked quite well - the quota quickies offered opportunities for actors who would otherwise have spent their careers in supporting rôles to get to play lead rôles and they offered opportunities for promising directors to hone their skills making feature films. 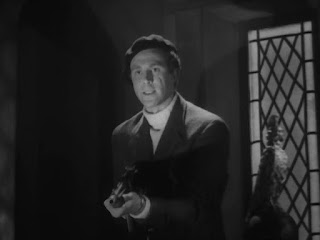 This movie is included in the Renown Pictures Crime Collection Volume 1 boxed set (a fine value-for-money set which includes nine feature films plus a short film). The transfer is pretty good. The set also includes the slightly odd but interesting Death Goes to School.

Murder at 3am is an unassuming B-feature that offers an hour of reasonably enjoyable entertainment and it’s worth a look.
Posted by dfordoom at 10:41 AM