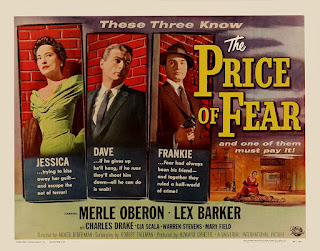 The Price of Fear is a 1956 Universal International release which we’re led to believe is going to be a film noir. We shall see.

Dave Barrett (Lex Barker) is the part-owner and operator of a dog track. He’s a tough guy but he’s honest and he runs an honest operation.

Jesica Warren (Merle Oberon) is a successful investment counsellor. She’s rich, ambitious and totally respectable. She has never been near a dog racing track in her life. She probably has no idea that such things exist.

Two things happen which will bring them into contact. Firstly Dave Barrett discovers, to his horror, that he has a new business partner. His old partner, Lou Belden, has sold out to gangster Frankie Edare (Warren Stevens). Dave threatens to denounce Edare to the Racing Commission. Dave then realises that Edare will now be gunning for him. It might be wise to disappear for a while. 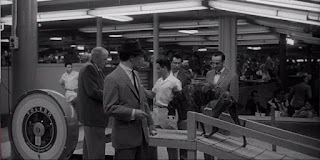 Unfortunately when he leaves the track he is shadowed by two of Edare’s goons. He figures they intend to rub him out. He leaps out of the taxi, sets off on foot, and is pursued on foot by the goons. Then has a stroke of luck. He sees a car sitting by the side of the road, with the keys in the ignition and the motor running. Now he has a chance of escape.

Meanwhile Jessica Warren has been celebrating. She has been celebrating a bit too hard and a bit unwisely and when she gets behind the wheel of her car to drive home she’s as drunk as a lord. She runs over an old man, drives off, and then stops to phone the police. She leaves her car by the side of the road, with the keys in the ignition and the motor running. It’s her car that Dave finds. He jumps in and drives off. 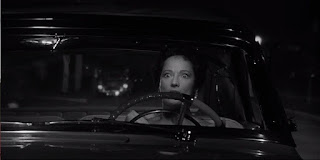 That’s how his nightmare begins. The twist is that he finds himself accused of two entirely separate unrelated crimes and he’s innocent on both counts. But clearing himself of one crime will put him into the frame for the other.

And he and Jessica are now thrown together. Of course an unlikely romance blossoms.

Dave’s buddy Sergeant Pete Carroll (Charles Drake) is convinced that Dave is innocent but he can’t see how he can prove it. The evidence is strong and Pete has to do his job.

It’s a pretty cool plot idea, with one crime providing an alibi for the other. It all seems like a very promising setup for a crime thriller. 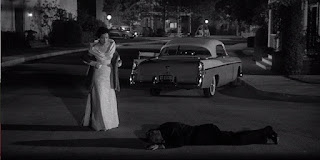 It doesn’t quite come off. Abner Biberman was the director and there’s a reason the name Abner Biberman doesn’t come up when people talk about the great Hollywood directors. There’s also a reason why the screenwriter Robert Tallman isn’t included in anyone’s list of great movie writers. The Price of Fear just doesn’t develop the necessary suspense. We should feel like poor Dave Barrett is an animal caught in a trap fighting for survival but we don’t get the necessary sense of urgency or imminent danger. Things get explained too easily.

There’s something really important that Dave should have figured out right at the beginning but he doesn’t and it’s just not plausible that he would fail to do so. If he had figured it out the entire plot would have collapsed so we have to pretend that even though he’s a smart guy he could fail to see something that is blindingly obvious. 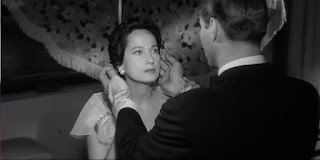 There’s zero chemistry between Lex Barker and Merle Oberon. Merle Oberon’s career was winding down by this point and her performance is rather lifeless. There’s also the problem that she doesn’t have the seductiveness and glamour to be a femme fatale (which is basically what Jessica is). A younger more glamorous sexier actress might have been able to persuade us to believe some of the movie’s plot implausibilities.

This movie is included in Kino Lorber’s Film Noir: Dark Side of Cinema 2 Blu-Ray boxed set. The Price of Fear has some very very slight noirish touches, the other two movies are not even remotely film noir. The boxed set is only worth getting for The Female Animal. The other two films are very disappointing.

The Price of Fear is a crime melodrama, not a film noir. It’s a really good idea that is poorly executed. It’s hard to recommend this one.