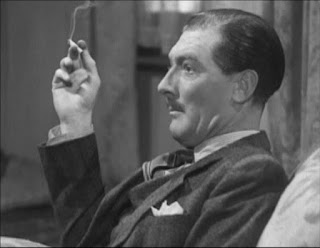 There’s a bit of a panic in the office of Brown and Waring Solicitors. One of their clients wants to change his will. And when Sir James wants something done he wants it done right now. Somehow they will have to get the will to Sir James this very evening but there’s nobody who can undertake this task. Until Miss Dundas (Lesley Osmond) volunteers to drop it off on her way home.

When she reaches the home of Sir James she runs into a man who is just leaving. And then she stumbles over the body of Sir James. He has been murdered. 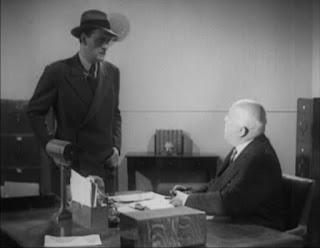 The police find a note pinned to the body. The notes is signed VLS. This interests Inspector Morley (Frank Hawkins) very much. He knows of VLS. Before the war VLS had been a notorious Raffles-like thief. He is now reformed and often gives the police a helping hand. Inspector Morley happens to know that VLS is actually a man named Nicholson (Anthony Hulme) who lives quietly in Soho. VLS is like a very downmarket very dull version of Simon Templar, without the wit and the style.

The inspector contacts Nicholson who agrees to help. Morley doesn’t believe for one moment that VLS was the murderer. It’s an obvious and clumsy frame. And in any case Nicholson has a rock-solid alibi (which is a major plot weakness since it means that Nicholson is never in the slightest danger from the police). 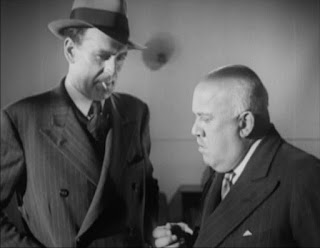 Nicholson has helped the police indirectly behind the scenes in the past but this case will give him the chance to play at being a real private detective. Inspector Morley has even hinted that it could lead to an official position with Scotland Yard.

Nicholson suspects that an organised criminal gang, a sort of English version of Murder Inc, is involved.

Then things becomes puzzling. Miss Dundas recognises Nicholson as the man she saw leaving the scene of the crime. And she has seen the man since, entering the offices of the Seymour Employment Agency. But that can’t be. Nicholson has an alibi. It’s all very strange. It’s almost as if there are two men who look exactly alike. So yes, this is a movie about a man with a double. 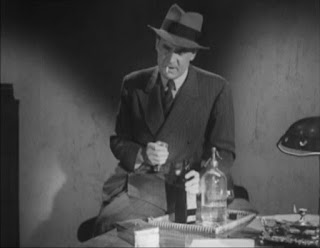 This is clearly a very low-budget production. In fact it’s probably fair to describe this movie as a genuine example of the notorious quota quickie (movies made on tiny budgets to take advantage of legislation to encourage British film-making). It’s pretty creaky.

The acting isn’t overly impressive. Anthony Hulme is a bit on the wooden side. Lesley Ormond is OK as Miss Dundas. Frank Hawkins is fine as the inspector. The supporting players are pretty terrible.

Oswald Mitchell directed. In the same year he also directed Black Memory which is just as creaky.

The pacing is poor. The action scenes are rather feeble. The screenplay (by Francis Miller who had a brief undistinguished career) is full of holes and lacks any genuine ingenuity. It also doesn’t really exploit the double angle to any great extent. Worst of all the original murder is just too straightforward and uninteresting. 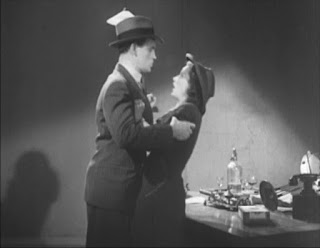 This movie is included in the Renown Pictures’ Crime Collection Volume 4 DVD boxed set. The transfer is reasonably satisfactory. There are no extras.

The Mysterious Mr Nicholson is proof that not all 1940s/1950s British B-movies are neglected gems.

This movie really doesn’t have anything going for it at all. There’s no real mystery, there’s no real suspense, there’s no style. With a modest running time of 78 minutes it still feels padded. I would seriously give this one a miss.
Posted by dfordoom at 3:13 PM