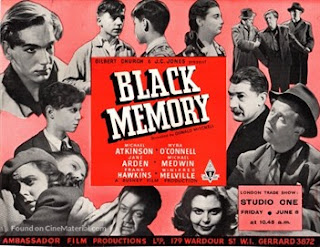 Danny Cruff (Michael Atkinson) has a rough start in life, in a provincial town in the north of England. His father is hanged for murder. Then his mother dies. Danny is shipped off to school. The school is a kind of combination of a reform school and a school for orphans, run on the thoroughly misguided principle that it’s a good idea to mix all the boys together even though some of them are little thugs in the making and some are perfectly decent.

After his schooling is completed Danny returns to his home town and is taken in as a lodger by the kindly Mrs Davidson. Mrs Davidson and her husband Alf (who has an obsession with crime stories) have two grown-up adopted daughters, Joan and Sally. 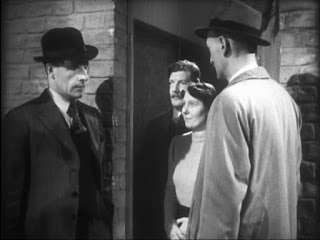 The bad news for Danny is that Johnnie Fletcher is back in town as well.

Johnnie Fletcher is now an up-and-coming hoodlum. And Sally has been running with him. Sally is whiny and self-pitying and imagines that Johnnie will soon have lots of money and that he’ll take her away from her boring life and they’ll have an exciting life together. Sally is not the brightest of girls.

Joan is the good sister and she takes quite a shine to Danny. 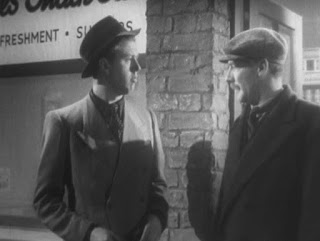 Danny soon has lots of problems. A year earlier there’d been a robbery in a neighbouring town and Danny, although completely innocent, came under suspicion. Johnnie knows all about this and it gives him something to hold over Danny’s head. Johnnie has a factory robbery planned and he intends to force Danny to help him. Sally is going to be involved as well. Another man involved in this upcoming robbery is Rutford, and Rutford is linked to Danny’s past.

Because the past is what this movie is all about. Danny is trapped by his past. He’s trapped by a promise he made to his mother before she died and he’s haunted by the fear that he’ll end up like his old man, on the end of the hangman’s rope. And it looks like Johnnie is going to make sure that Danny’s past destroys him. But nobody can escape the past. 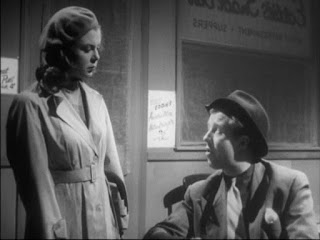 Danny isn’t completely stupid but getting out of this mess is going to be quite a challenge. Maybe he can find a way to escape the trap of his past, or maybe he can’t.

Michael Atkinson and Michael Medwin are both effective in their roles. Medwin is suitably menacing as Johnnie.

The most interesting thing about this movie is that it was scripted by John Gilling who went on to have a pretty good career as a writer and director (including directing some excellent horror films for Hammer in the 60s, films such as The Plague of the Zombies and the very underrated The Reptile). He also directed the extremely good film noir The Challenge in 1960 (which features a remarkably good performance by Jayne Mansfield as a lady gangster). He also directed the excellent spy noir Deadly Nightshade. Gilling also acted as assistant director on Black Memory. 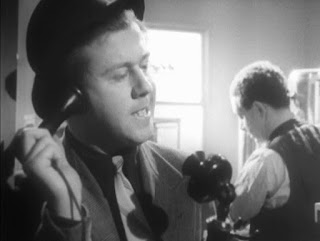 Production values are very very low. This was obviously a quota quickie made on a shoestring budget and it shows.

This very obscure movie is readily available on DVD, being one of the films in the Renown Pictures Crime Collection Volume 1 boxed set. The transfer is acceptable but not great. Picture quality is mostly OK but there is intermittent print damage and the sound is a bit fuzzy. It’s quite watchable though.

Black Memory does have some slight claims to being a film noir (in fact it has better claims than a lot of other movies marketed as noir). It’s just a bit too cheap and a bit creaky in parts but it has some interest. If you’re going to buy the boxed set anyway it’s worth giving it a spin.