Ace FBI agent Lemmy Caution was created by English writer Peter Cheyney in the 1930s. Cheyney was immensely popular at one time, particularly in France.

The star of these movies was granite-faced gravel-voiced American actor Eddie Constantine who became a major pop culture icon in France as a result. 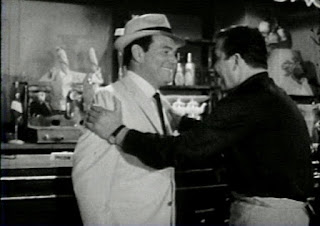 Ladies' Man opens with Lemmy enjoying vacation in France but wherever Lemmy goes trouble is sure to follow. At the moment it’s not trouble that is following him but a woman. In Lemmy’s world trouble and women tend to go together. The woman seems to wan to talk and then clams up.

Lemmy soon finds himself with a murder on his hands.

Lemmy has not one but three glamorous possibly dangerous dames to deal with. Three female friends. The curious thing is that at one time there were five of them but two met with unfortunate accidents. This interests Lemmy. He has a suspicious mind. 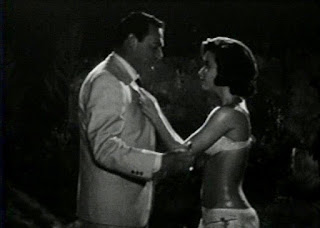 When somebody tries to gun him down from a speedboat Lemmy becomes even more interested.

Lemmy has plenty of suspects but the big problem is figuring out a possible motive. And the motive in this case is more complicated than it seems.

The plot is serviceable enough. Lemmy is pretty sure that one of the three women is either a murderess or an accomplice to murder and both Lemmy and the audience are kept guessing as to her identity (and there’s always the slight possibility all three women are innocent). 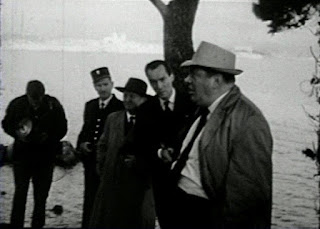 Eddie Constantine is terrific as usual. He had exactly the right devil-may-care attitude and he had charisma to burn. And a certain rough charm.

It’s certainly a bonus having the lovely Françoise Brion as one of the three ladies. Brion’s most memorable performance was in Alain Robbe-Grillet’s strange perplexing and fascinating L’immortelle (1963). The other cast members are perfectly adequate, with Paul Mercey as the long-suffering rather cynical Inspector Boumègue and Robert Berri as Lemmy’s good-natured but not overly smart wartime buddy Dombie being quite good and adding some comic relief. Thankfully the comic relief is kept to a minimum - it’s not needed since Lemmy Caution provides more than enough amusemnt with his hardboiled one-liners. 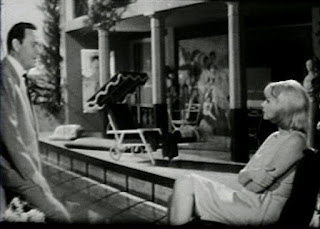 Finding the Lemmy Caution movies in decent English-friendly versions has always been quite a challenge and without the grey market they would have been impossible to see. It would be really nice if somebody were to release a boxed set of restored versions of these films but sadly there’s still no sign of that happening.

Ladies' Man is part crime thriller and part eurospy movie. It’s a typical entry in the series. In other words it’s an immense amount of fun and highly recommended.

I’ve reviewed a couple of other Lemmy Caution movies - the excellent Poison Ivy (1953) and Women Are Like That (1960).