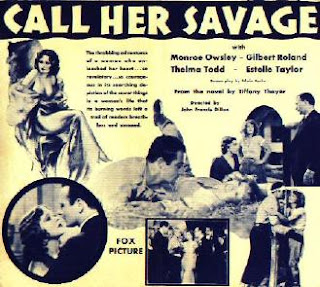 Clara Bow is Nasa Springer, the very wild daughter of a Texan railroad baron. Her temper has earned her the nickname Dynamite Springer. When her father tries to marry her off to a nice respectable young man she finds the most dissolute man in town and marries him instead. After a series of adventures and misadventures she finally discovers the secret of her wildness, her deep dark 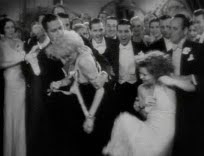 Bow is superb – very wild, and very sexy. She’s very sexy by 1932 standards, and she’s very sexy by today’s standards. She simply oozes sex. She gets to do both comedy and some moments of serious acting in this one, and handles both with ease. The movie, rather typically for a pre-code film, stomps all over the moral codes of the day while both celebrating and condemning its own moral transgressions. 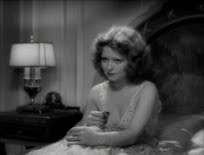 hat grotesque the movie doesn’t actually paint her as a villainess. Even in the very overheated sequence where she appears to pay in very conventional melodramatic terms for one of her sins the film’s sympathy very clearly remains with her, and her actions are shown as being not merely defensible but even noble and courageous. Monroe Owsley is delightfully debauched as Nasa’s husband Laurence, Thelma Todd is entertainingly bitchy as Nasa’s husband’s girlfriend, but Clara Bow dominates the film from beginning to end.

This is a bizarre but marvellously entertaining little film.
Posted by dfordoom at 3:24 AM