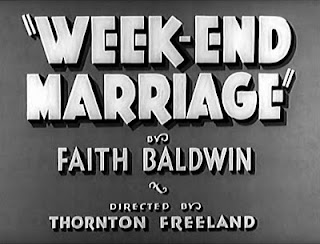 Week-End Marriage, released in 1932, is one of those movies that serves as a sobering reminder that the stifling moral conservatism and outrageous sexism that were such depressing features of Hollywood in its golden years cannot be blamed entirely on the Production Code.

The dreary moralising that ruined so many movies was to a very large degree a result of the studios’ determination not to offend their audiences, rather than being something imposed on the studios by outside pressure groups. This movie, coming out at the height of the pre-code era, has no doubt whatsoever about what is wrong with modern society. Those selfish women need to give up their jobs and get back to the kitchen and start having babies, so that their men will be able to feel like men again.

This is especially depres 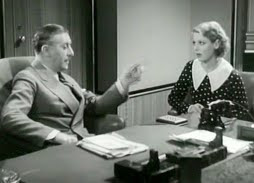 sing since the first half of the movie holds considerable promise that this is going to a bright, breezy and sparkling pre-code comedy.

Lola (Loretta Young) is in love with Ken (Norman Foster) but they can’t get married because he doesn’t earn enough. Lola’s sister-in-law Agnes (Aline MacMahon) is a modern woman who combines marriage with a career, and she encourages Lola to believe that she could do this also. In a very amusing scene she provides Lola with a sure-fire script to follow if she wants Ken to propose to her, and the plan goes off like clockwork.

Unfortunately Ken’s career is stumbling, while Lola’s is blossoming. And Ken reacts the way any real man would react - he becomes petulant, he wallows in self-pity, he gets drunk and he manages to get himself fired. And it’s all Lola’s fault, for not being a real wife. Both Lola and Agnes will soon discover the price that women pay for neglecting their duties as wives. 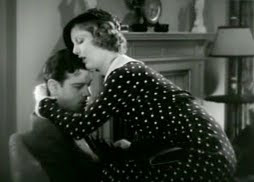 It’s almost as if the second half of the movie has no real connection with the first half, as if what was intended as a comedy has suddenly become a sermon. There’s even a gruff but kindly doctor on hand to give Lola a long lecture on the duties of womanhood.

Loretta Young is extremely good, as she was in most of her pre-code movies. She manages to give her character some real dignity and some life despite the best efforts of the script. She almost makes the picture worth seeing. Aline MacMahon is marvellous. Norman Foster is obnoxious, sulky, manipulative and generally loathsome, some of which can be attributed to the screenplay but it’s still an annoying performance.

It’s worth seeing simply to remind oneself that not every movie made in the pre-code era is worth seeing!
Posted by dfordoom at 11:11 PM