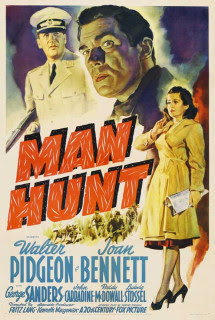 Man Hunt was released by 20th Century-Fox in 1941 and it’s one of Fritz Lang’s finest American movies.

Based on Geoffrey Household’s excellent 1939 novel Rogue Male it’s the story of an English big-game hunter who decides to stalk the most dangerous game of all. Not just a man, but a heavily-guarded European dictator. In the book the dictator is never named although it’s obvious that it’s Hitler, a point the movie makes explicit.

Captain Alan Thorndike (played by Walter Pidgeon, although the character is never named in the book) believes he is just making a “sporting stalk” - that he has no intention of actually killing the dictator. He has grown tired of killing and even when he stalks animals he no longer kills them. The thrill of the chase is enough. Once he has the animal in his sights the result is, as he says, a mathematical certainty and there is no need to pull the trigger. But in the case of Hitler is he really deluding himself? 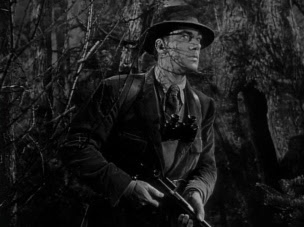 He is captured by the Nazis and tortured, at the orders of the smooth but brutal Major Quive-Smith (George Sanders). The Germans want him to sign a confession that he was acting under the orders of the British government. He refuses, and they arrange an “accident” for him. But the following day they discover that he has survived. Now the big-game hunter becomes the hunted.

He escapes from Germany, with some help from a cheerful cabin boy (Roddy McDowall in his first major film role) on a Danish freighter. He thinks his problems are over when he gets back to England but in fact they’re just begun. The Nazis are still hunting him and have despatched an assassin (John Carradine) to deal with him. He finds another unlikely ally in the person of a young Cockney streetwalker named Jerry (Joan Bennett in her breakthrough role). The odds seem stacked against him but his hunting skills give him a chance for survival. What follows is a tense and thrilling chase, initially through London until he finally goes to ground in a cave in the English countryside where he will have his final confrontation with Major Quive-Smith.

The novel is essentially a series of internal monologues with the hero’s only emotional bond being with a feral cat who befriends him. This makes great reading but it’s hopelessly un-cinematic so screenwriter Dudley Nichols major changes had to make major changes to the story. Most importantly the hero has to have other characters (both enemies and allies) to whom he can express his thoughts. So the character of Major Quive-Smith is beefed up and fleshed out and the Cockney prostitute more or less takes the place of the cat (and both her fate and the hero’s reaction to it remain essentially the same). Despite the significant changes to the story the spirit of the novel is retained quite effectively. 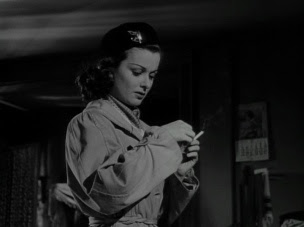 Jerry is also needed in order to provide at least some vaguely romantic interest and to provide the story with at least one important female character. There were major problems with the Production Code Authority over Jerry’s means of earning a living, but it’s still perfectly obvious that she’s a prostitute.

Lang had a reputation for being very controlling with actors but Joan Bennett had enough intelligence to realise she needed strong direction and she would go on to work with Lang on three subsequent movies and she and Lang got on remarkably well. 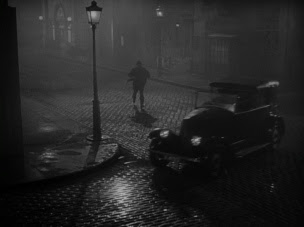 George Sanders makes the most of his role and he is perfectly cast. Walter Pidgeon is also very effective and this is one of his best performances. John Carradine is delightfully villainous.

The subject matter might not be very noir but the visual treatment certainly is. Lang and his cinematographer Arthur C. Miller have really excelled themselves. This is a dark moody film filled with threatening shadows. Some superb art direction also helps and the result is a movie replete with arresting images. Lang makes the most of some fine sets including a subway in which one of the movie’s pivotal scenes occurs. 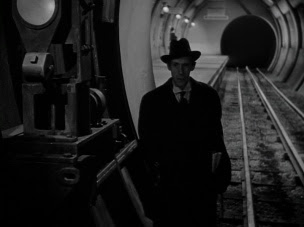 Lang’s American movies have been both well-served and badly-served on DVD. Most are at least available, which is the good news, but the bad news is that few have been given the treatment they deserve. But in this case Fox have done a terrific job - a great transfer, a commentary track and a documentary.

Man Hunt was one of a series of spy movies Land made between 1941 and 1946, all with a strong anti-Nazi message. Lang was always fascinated by spies and Man Hunt is one of his best American films. Highly recommended.