Love Among the Millionaires (1930) 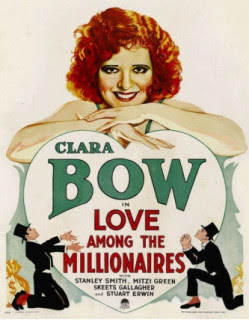 Love Among the Millionaires is one of Clara Bow’s early talkies. For years the legend has persisted that Bow was unable to make the  transition to sound pictures. This movie clearly demonstrates that that was not the case.

There is no problem at all with Bow’s voice. She certainly suffered from nerves at first but she overcame the problem. It’s just that Paramount lacked confidence in her as a sound star and the material they offered her was of decidedly mixed quality.

Love Among the Millionaires is a musical comedy romance. Pepper Whipple (Bow) works at a cafe run by her father, a cafe frequented by railroad men, two of whom hope to marry her. Clicker Watson and Boots McGee have been locked in a friendly rivalry for her affections for quite some time but both find themselves out of the running when brakeman Jerry Hamilton arrives on the scene. It is love at first sight for both Jerry and Pepper. 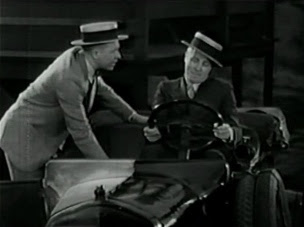 What Pepper doesn’t know is that Jerry is no humble brakeman - he’s the son of the owner of the railroad. His father has put him into overalls to learn the business from the inside.

Jerry’s rich parents are not at all enthusiastic about the idea of his marrying a waitress, and Pepper’s father has a long-standing grudge against the railroad owner. True love will be facing an uphill battle in this story. 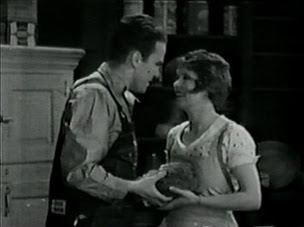 The plot is strictly routine, and Stanley Smith is an unexciting although adequate leading man. There’s some reasonably capable comic relief from Richard Gallager and Stuart Erwin as Clicker and Boots, and from Charles Sellon as Pepper’s father. Child vaudeville star Mitzi Green does her best to steal every scene she’s in.

Everything really hinges on the quality of Bow’s performance and on her undoubted screen charisma. Bow proves equal to the task. 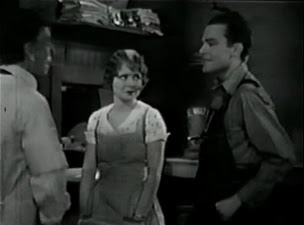 The songs are less than memorable. Bow as a singer was capable enough but it’s easy to see why this was her only musical. She’s more comfortable with the comedy side of things than with the musical numbers.

Love Among the Millionaires is unusual among musicals of that era (when the backstage Broadway musical reigned supreme) in that the songs are integrated into the story, and fairly successfully so. 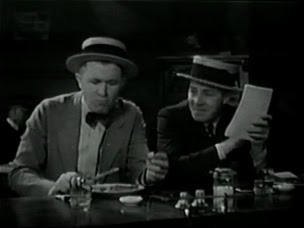 Frank Tuttle was a reliable journeyman director who did some good movies and it’s difficult to fault the job he does here.

Like all of Clara Bow’s talkies this one is difficult to find, and just about impossible to find in any kind of decent condition.

Love Among the Millionaires did little for Clara Bow’s career which was looking rather shaky at the time but it’s a reasonably entertaining if unassuming little picture and Bow’s performance is sufficient reason to make it worth a look.
Posted by dfordoom at 8:18 PM