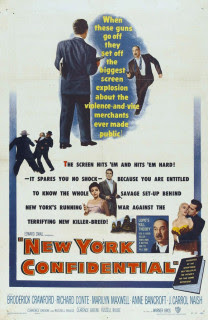 Made in 1955, it deals with the Mob in a period of transition. They’re still gangsters but now they’re covering it up with a veneer of respectability. They’re businessmen, but the gang violence is still there bubbling away under the surface.

Charlie Lupo (Broderick Crawford) heads the New York operations of the Syndicate. He has put the bad old days of gangland killings behind him, or at least he thinks he has. Until  Pete Androtti carries out an unauthorised hit. Androtti has broken the cardinal rule of organised crime - he has executed a hit for reasons of personal vengeance. Obviously Androtti has to be taken care of, but can this be done without setting off an old-fashioned gangland war, the very thing the modern Syndicate abhors? 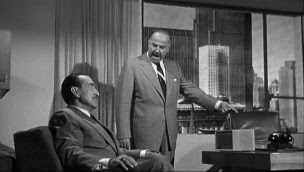 The hit on Androtti has to be done cleanly and efficiently. And that’s just what Nick Magellan (Richard Conte) is good at. He does the job so well that Lupo hires him as a permanent employee. Nick is no street thug - he’s smooth, he’s polite, he’s civilised, he’s educated (although one suspects self-educated). He’s the ideal man for the new respectable gangsterism of the 50s - he can make polite conversation and he knows what fork to use at dinner, but if necessary he can kill and do so very efficiently.

Of course things get complicated. Lupo’s daughter Kathy (Anne Bancroft) desperately wants to escape the stigma of being a gangster’s daughter. There is also a definite emotional and sexual attraction between Kathy and Nick Magellan, but Kathy will have to overcome both her distaste for gangsters and Nick’s incredibly strong loyalty to her father. 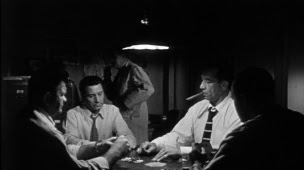 All is going well for the Syndicate, and especially for Charlie Lupo, while Nick Magellan is steadily rising up the ranks of Lupo’s organisation. In fact Charlie has decided that Nick should do no more hits. Despite his skills as a hitman he is now too important to be risked in that manner. He is being groomed as a possible successor to Charlie’s number two man, and possibly even to take over the operation if Charlie decides to retire. Nick has both brains and loyalty, two qualities that Lupo values highly.

Then trouble strikes. An oil deal falls through. This is an attempt by the Syndicate to branch out into legitimate business although their methods of moving into the oil business are characteristically dishonest. They have various high-ranking government officials and congressmen in their pocket and they are convinced that one of them has betrayed the Syndicate. Charlie believes the best way to handle it is just to take it on the chin. Trying to take revenge on such a prominent man is just asking for trouble. But he is overruled - the other leaders of the Syndicate decide on a hit, and they decide Lupo’s organisation should handle it. 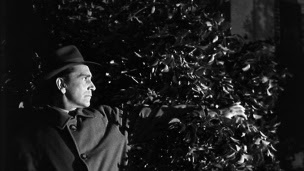 Lupo’s fears turn out to be well-founded, and soon his whole organisation is imperiled. Nick will also find himself drawn into the mess as events move towards their climax.

Is this a film noir? That depends on how you read Nick Magellan’s character. We know from the start that he’s a cold-blooded killer, but by his own lights he’s an honourable hoodlum. He has always been loyal to his employer. He has never double-crossed anyone. And it’s a point of honour for him (and also a sign of his fastidious nature) that when he carries out a hit he does it cleanly. No innocent bystanders get killed. The sort of bungled hit that Pete Androtti carried out, one that resulted in the death of an innocent civilian, is anathema to Nick Magellan. It’s inefficient, it’s clumsy, and it’s wrong. Nick is a killer but he’s an oddly sympathetic character. He kills, but he only kills other gangsters, men who have transgressed clearly understood rules. As the situation spirals out of control he is, like a noir hero, dragged down into a nightmare world where loyalty can be a dangerous emotion and the stakes are very high, in fact the highest stake of all - life or death. 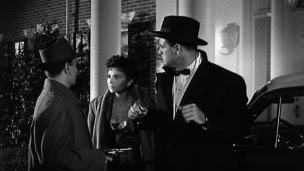 Richard Conte gives another faultless performance. He knows when to underplay but although Nick is on the surface a cold and controlled personality we are always aware that despite appearances he is not emotionless. He is in his own way a tragic figure - as he explains to Kathy, when you’re the son or daughter of a gangster your destiny is already mapped out and no matter how hard you try you’re always a gangster’s son or daughter. Nick’s solution is to accept this, not because it’s a good solution but because there is no other. Conte gives Nick Magellan real depth in his characteristic effective but unflamboyant way.

Broderick Crawford is much more showy but just as effective. Anne Bancroft in one of her often overlooked early roles plays a complex femme fatale role extremely well. A strong supporting cast adds further strength to this movie. 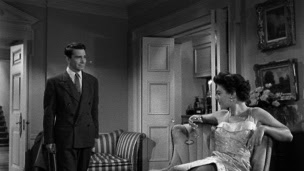 This is a film noir that was quite successful at the time but more or less disappeared from sight for many years until VCI’s DVD release. VCI have done a fine job with this release with an excellent transfer and an informative commentary track.

New York Confidential marked something of a departure in gangster movies, depicting the new face of organised crime. On the surface this was organised crime without the violent gangland wars of earlier decades, organised crime that seems almost respectable outwardly but beneath the veneer it is still based essentially on brutality, greed and violence. An interesting movie, and highly recommended.
Posted by dfordoom at 1:02 PM