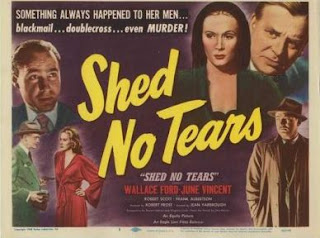 This 1948 B  noir certainly hits the ground running and it wastes no time establishing its noir credentials. Within the first five minutes we get arson, a possible murder, a double-cross, a romantic triangle and a clever get-rich-quick scheme. We also get introduced to a classic noir femme fatale, and a classic noir patsy. It’s a superb example of setting up a story with the maximum of economy combined with the maximum of impact. 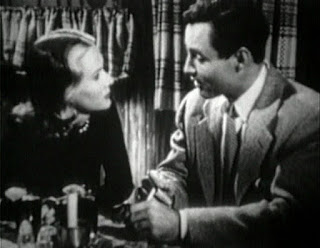 Sam has a young, glamorous blonde wife, Edna (June Vincent). Edna thought that Sam was rich. That’s why she married him. Then she found out that he’d spent all the money he had impressing her before they were married. He’s really just a two-bit used car salesman. Edna is pretty sore about this and she made it clear to Sam that unless he could lay his hands on lots of money she was heading out the door. Sam comes up with a desperate plan, a plan that just might work with a bit of luck. The hotel fire opening sequence was the first stage in Sam’s plan. 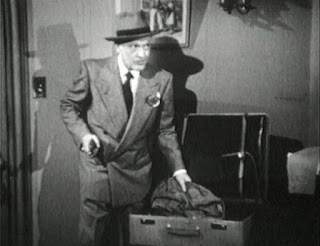 The trouble is that Edna doesn’t want Sam even if he is rich. She wants flashy bad boy Ray Belden (Mark Roberts). She always intended to double-cross Sam.

None of his information constitutes spoilers. We find out all this stuff within the first five minutes of the movie.

The plan seems like it is going to work out from Edna’s point of view. The police are satisfied that Sam’s death was accidental. Even the insurance company is convinced. Then Sam’s son Tom shows up and throws a spanner in the works. He isn’t satisfied at all with the verdict of accidental death. He hires private detective Huntington Stewart to investigate the matter. This is where things start to get complicated. Huntington Stewart is a rather effete gentleman detective with a reputation for eccentricity but he’s actually shrewd and unscrupulous and he has his own agenda. From now on the double-crosses come thick and fast. 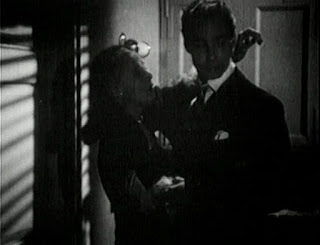 Wallace Ford plays his role very straight and very dark and he makes a very effective noir protagonist. He knows he is lost but then he probably always figured he was the kind of guy who never gets the breaks. It’s a good role and Ford makes the most of it. June Vincent pulls out all the stops as the noir spider woman. There’s nothing subtle about her performance but it works. Johnstone White is delightfully corrupt and decadent as the crooked but lazy private eye.

Jean Yarbrough was typical of the sorts of directors who made their careers in B-movies. He was fast and efficient. He wasn’t interested in doing anything fancy. The budgets and the shooting schedules for B-movies didn’t allow for anything ambitious and his concern was simply to get the job done. He was competent enough to keep the action moving along quickly, and that’s a considerable virtue in a B-movie director. It’s easy to despise such directors as mere hacks but they had a talent for turning out good solid, fast-moving and entertaining movies with an efficiency that few modern directors could even come close to emulating. 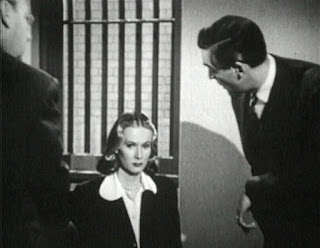 The screenplay by Brown Homes and Virginia M. Cooke (from a novel by Don Martin) has enough cynicism and enough nasty little twists to keep noir aficionados happy.

Alpha Video’s DVD is grainy, there’s a lot of minor print damage and contrast is rather poor. But this is at least slightly above the average quality we expect from this company and it’s quite watchable.

When supposedly lost movies finally turn up they sometimes prove to be slightly disappointing. You need have no fears on that score with this movie. Shed No Tears is a terrific little B noir. Highly recommended.
Posted by dfordoom at 12:20 AM