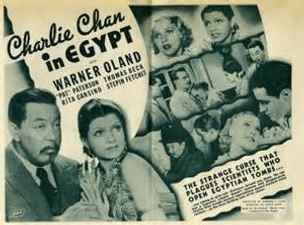 Fox’s Charlie Chan series was well into its stride when Charlie Chan in Egypt appeared in 1935. This could have been an entertaining entry in the series if only Fox hadn’t insisted on ruining it with some of the worst comic relief you’ll see in any movie of that era (and given the awfulness of the comic relief in most 1930s and 1940s Hollywood movies that’s quite an achievement).

The Charlie Chan movies were immensely profitable and played a major role in keeping Fox afloat in the 30s and in general they’re among the most entertaining B-features of that era. Earl Derr Biggers only wrote a handful of novels featuring the character so by the time this movie was made they were having to rely on original screenplays (in this instance by Robert Ellis and Helen Logan) rather than adaptations of the novels. The movies have a slightly different feel compared to the books but both the books and the movies are highly entertaining.

Charlie Chan is in Egypt on behalf of a French museum that has been funding the archaeological excavations of a Dr Arnold. All artifacts found by the expedition were supposed to go to the museum but some pieces have been turning up in rival museums and private collections. Dr Arnold has now disappeared. He had set off in search of another tomb but he hasn’t been heard from and his daughter Carol (Pat Paterson) is starting to get concerned. Professor John Thurston (Frank Conroy) is temporarily in charge while Dr arnold is absent and he assures Charlie that no artifacts could possibly have gone missing - the ones that have turned up in other collections must be fakes. Charlie is far from convinced. 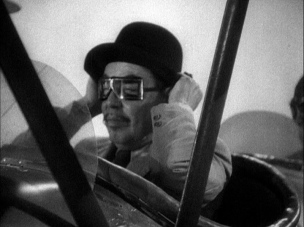 Charlie finds that not only has there been some dishonest dealing in artifacts, he also has a murder to deal with. One murder to start with, with more to follow. Dr Arnold’s son, who had been crippled in an accident in one of the tombs, believes that a curse is pursuing everyone involved in the excavations.

I’m very fond of movies dealing with Egypt, and particularly movies dealing with archaeological expeditions. The tomb scenes were most likely left over from earlier A-pictures, this being a fairly standard practice with B-movies of the 30s and 40s. They look reasonably impressive and they offer opportunities for additional thrills with secret passageways and hidden rooms. 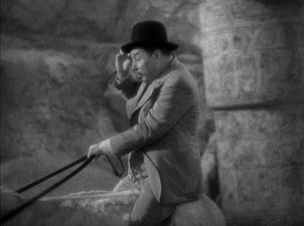 Warner Oland made Charlie Chan a somewhat more genial and warm character than the Charlie Chan of the novels by Earl Derr Biggers. The character had been played, with little success, by several other actors in the late 20s and early 30s but once Oland took over the role the Chinese detective from Honolulu became one of the best-loved characters in American movies.

Unfortunately for this outing Fox decided to add even more comic relief than usual, and even worse the comic relief was assigned to Stepin Fetchit, an African-American actor who may well be the most irritating actor on the history of motion pictures. With the curse of the mummy claiming so many victims I kept praying that he would be next, but to no avail. I’d have felt immense gratitude to any murderer who could have removed this character from the movie. This ill-advised and excruciatingly unfunny comic relief continues throughout the picture and pretty much destroys any enjoyment of an otherwise quite decent movie. 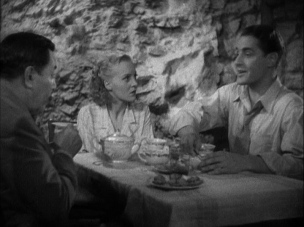 The other supporting actors are quite adequate. Look out for Rita Hayworth in a very early and very small role.

The politically correct crowd would like us to believe that Charlie Chan’s excessive geniality and politeness, his quoting of Confucius and his slightly mangled English were all examples of wicked racial stereotyping. This is of course utter nonsense. Charlie Chan belongs to the distinguished line of detectives (Columbo being a prime example) whose eccentricities and apparent simpleness serve the purpose of persuading suspects to take him less seriously than they should. Chan has a razor-sharp mind but this is something that murderers usually find out too late.

Director Louis King had a long if not brilliant career. Like most B-movies made by major studios the production values are quite high and in fact the budgets for the early Charlie Chan movies were reasonably generous. 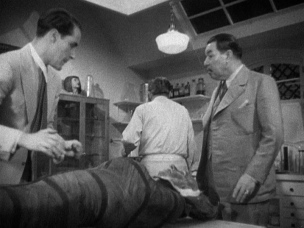 This is one of the four movies in the first of Fox’s Charlie Chan DVD boxed sets. The Charlie Chan movies were in terrible condition before Fox spent a small fortune restoring them. Even after the restoration there are still some minor problems with the picture quality. This movie is extremely grainy but it’s still quite watchable. Fox has loaded all its Charlie DVDs with a variety of extras, in the case of this movie the main extra being a short documentary on real-life Chinese-Hawaiian detective Chang Apana. Many people believed he was the model for Charlie Chan. That’s a somewhat doubtful claim but he was a colourful character in his own right and this brief doco is worth watching.

If you can ignore Stepin Fetchit then Charlie Chan in Egypt is an entertaining enough mystery. It’s not one of the best of the Charlie Chan movies but the Egyptian setting adds a touch of the exotic that makes up for some of its other deficiencies.
Posted by dfordoom at 11:52 AM