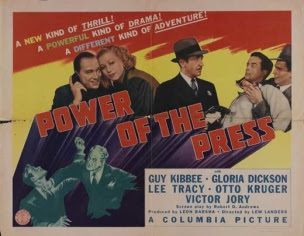 The Power of the Press is included in Sony’s Samuel Fuller Collection but to call it a true Sam Fuller movie might be going a bit far. It is based on a story by Fuller so I guess it’s sort of a Sam Fuller movie. I suspect he’d have been a bit embarrassed to see this movie included in a set celebrating his work.

It deals with something that was certainly a hot issue in 1943, and it’s an issue that is extremely relevant today - the freedom of the press.

John Cleveland Carter (Minor Watson) is the publisher of the New York Gazette. The real power at this newspaper however is Howard Rankin (Otto Kruger). The Gazette has been publishing articles critical of the government. Rankin is in fact a Nazi sympathiser and his intention is to weaken the American war effort and turn the American public against the war. Rankin has brought a number of his own private goons with him to the paper. Carter has belatedly released what is going on and has tried to put a stop to it but before he can do so he is gunned down. 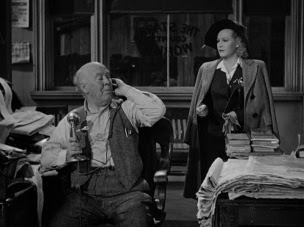 Rankin now believes that he is in complete control of the Gazette. The editor, Griff Thompson (Lee Tracy), is apolitical but the paper’s anti-government campaigning has boosted circulation and that’s all he is interested in. He doesn’t share Rankin’s views but he’s a willing tool. What neither man knows is that just before he died John Cleveland Carter wrote a new will, leaving his controlling interest in the Gazette to his old buddy Ulysses Bradford (Guy Kibbee). Bradford is the publisher of a tiny small-town newspaper but he’s a decent old-fashioned newspaper man and Carter believes that Bradford is the man who can change the direction of the Gazette.

Bradford has one important ally, Edwina Stephens (Gloria Dickson). She was Carter’s secretary but she had a great influence over him and now she is Bradford’s right-hand woman.

Rankin and Thompson are determined to continue their anti-government stance and Bradford finds that stopping them is a much bigger task than he’d expected. The Gazette becomes involved in a sleazy attempt to frame an innocent man for Carter’s murder and another of their campaigns leads indirectly to the death of an honest government official. 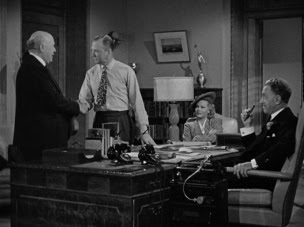 The irony of this movie is that it is a propaganda movie warning audiences of the dangers of propaganda! The message of the movie is that freedom of the press is only a good thing if the press can be relied upon to take the correct propaganda stance. This is of course a view that is currently very popular among politicians and even, frighteningly, among some newspaper editors and journalists. The idea that freedom of the press should be limited to those sections of the press holding the correct and acceptable opinions is a profoundly dangerous one but this movie ignores such inconvenient truths. The excuse that can be made for the movie is that it was wartime but when you consider that it was a war supposedly fought for freedom the irony becomes very uncomfortable indeed.

This Columbia production was clearly a fairly low-budget affair. The stars are actors who usually played in B-pictures or in supporting roles in A-pictures. Guy Kibbee was a very familiar face in Hollywood in the 30s but he’s not someone you expect to see in a starring role. He does a pretty fair job of it. Lee Tracy had been very popular in pre-code days but his career was very much in decline by 1943. It’s the sort of role he relished and he makes an excellent hardbitten cynical newspaper editor. 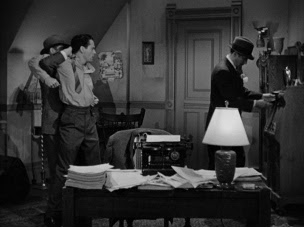 Otto Kruger as Rankin is little more than a stock melodrama villain. You keep expecting him to start twirling his moustache whenever he contemplates some new villainy. Gloria Dickson as the feisty secretary who thinks she should be running the paper is a little too shrill and a little too self-satisfied for my liking.

Lew Landers was a very prolific director of mostly B-movies. His main positive contribution to this movie is that he keeps the pacing tight.

Robert Hardy Andrews’ screenplay isn’t exactly strong on subtlety. He uses a bludgeon rather than a rapier to make his points.

The most unpleasant thing about this movie it that it loads the dice. It makes you feel that if you doubt its conclusions you must be a Nazi sympathiser or a traitor or both. When you’ve set up one side of the argument in this way then it’s obvious that only side of the argument will get a hearing. 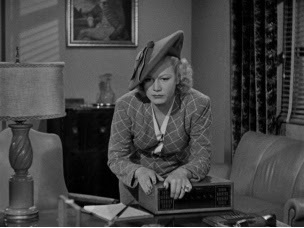 This is a clumsy movie that relies too much on that old standby of lazy writers, good old coincidence. And that other egregious flaw of bad writing, too much speechifying, is sadly much in evidence as well.

The DVD included in the Samuel Fuller Collection boxed set from Sony offers an excellent transfer.

The Power of the Press is moderately entertaining when Lee Tracy gets the bit between his teeth but apart from that it has little to recommend it.
Posted by dfordoom at 12:41 AM