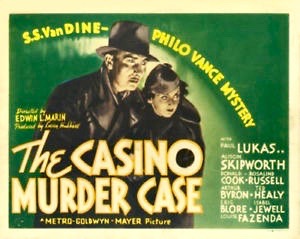 Numerous actors tried their hand at playing Philo Vance. Only one ever succeeded in getting it right and that was William Powell. In this case MGM, in a moment of complete insanity, decided to cast Paul Lukas as Vance. Lukas is wrong in almost every way but mostly he’s wrong because of his thick Hungarian accent. Philo Vance has to have an upper-class American accent. He’s an American blue-blood. That’s absolutely the core of the character. In one of the earlier movies, The Bishop Murder Case, MGM tried casting Basil Rathbone as Vance. That was an interesting experiment but it didn’t work because Rathbone was not convincing as an American. But it wasn’t as disastrous as the casting of Lukas. Had the movie been about an aristocratic central European detective he might have been OK but Philo Vance has to be thoroughly upper-crust American in order for the character to work at all. 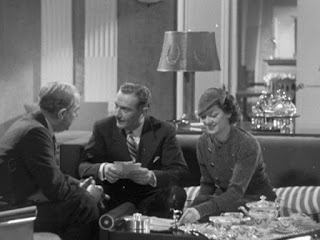 It gets worse because Lukas is wrong in other ways as well. Philo Vance has to have an arrogant self-assurance but he also has to have a rather languid manner, both qualities which Lukas fails to convey. As a result the character he plays in this movie has absolutely zero connection to Philo Vance. This movie was doomed from the first moment Paul Lukas appeared on the scene. It’s not that Lukas is a bad actor. It’s just that this is one of the worst pieces of miscasting in movie history.

As for the plot, it begins with an anonymous letter claiming that if Lynn Llewellyn gambles tonight at his uncle’s casino tragedy will ensue. District Attorney Markham does not take the letter seriously. Philo Vance takes it very seriously and decides that he needs to take a closer look at the Llewellyn household. 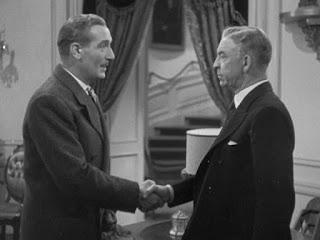 Then the poisonings begin.

Plotwise the movie is passable. It tries to mix mystery and humour. The humour isn’t very successful but the Hollywood studios in the 30s were obsessed by the idea that mysteries and thrillers had to have comic relief. 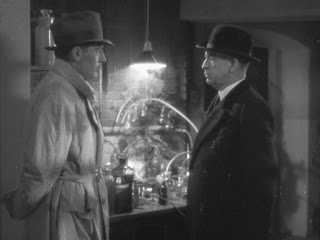 There are some reasonably effective red herrings. The resolution is moderately effective.

Apart from the disastrous performance by Paul Lukas the rest of the cast is OK with Rosalind Russell and Isabel Jewell standing out. Eric Blore is mildly musing as Vance’s valet. Look out for Leo G. Carroll, entirely wasted as the butler. 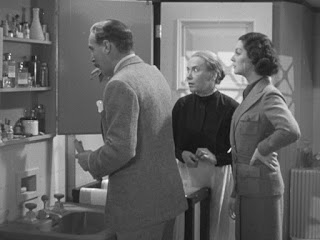 This movie is one of six included in the Warner Archive Philo Vance Murder Case Collection. The transfer is a bit rough with quite a bit of print damage and at times a slightly washed-out look. This boxed set is very uneven with some fine movies and some duds but it is at least interesting for the chance of seeing no less than six different actors playing (or attempting to play) Vance. What it does demonstrate beyond any question is that nobody part from William Powell should ever have been allowed to play Philo Vance.

If you’re going to buy the set anyway then by all means give this one a spin but really it’s a very average mystery offering at best passable entertainment.