The 1922 Robin Hood with Douglas Fairbanks was not the first screen version of the Robin Hood story but it’s the one that made the legendary outlaw into a swashbuckling cinematic icon. It made Fairbanks an even bigger star than he already was. And it includes all of the elements that we now associate with the legend.

King Richard I, Richard Lionheart (Wallace Beery), sets off on a Crusade to the Holy Land. His brother Prince John (Sam De Grasse) will act as regent during his absence. Richard will be accompanied by his closest friend, the Earl of Huntingdon (Fairbanks). Huntingdon has just fallen in love with Lady Marian Fitzwalter (Enid Bennett) but he leaves her behind to go off on Crusade. Prince John proves to be a cruel tyrant. And a lustful one. He wants Lady Marian. Marian sends a message to Huntingdon, telling him of the horrors inflicted on England by Prince John. Huntingdon deserts from the Crusader army to return to England, only to find that Marian is dead.

Huntingdon becomes the leader of an outlaw gang based in Sherwood Forest. He becomes known as Robin Hood. They rob the rich to give to the poor and they work towards preserving King Richard’s throne for him.

This is the popular modern version of the legend, with Robin Hood being a dispossessed aristocrat and being as much concerned with King Richard’s throne as he is with helping the poor. 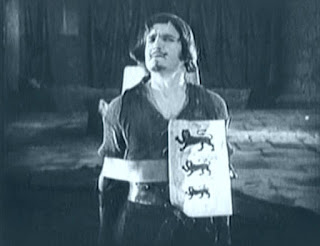 Whether there really was a Robin Hood is very very doubtful. In early versions of the legend he is not an aristocrat but a simple farmer turned outlaw and the events take place some considerable time after Richard’s reign.

This was an awesomely expensive film. It was so expensive that no-one would finance it so Fairbanks did so out of his own pocket. Enormous sets were constructed. The castle is extraordinarily impressive. Everything is on the grand scale. There are hordes of extras.

The performances are in the typical silent movie style, but they’re not overly exaggerated. And in a movie such as this larger-than-life performances seem perfectly appropriate. 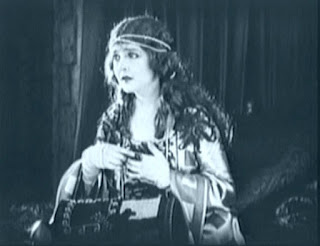 The physicality of Fairbanks is impressive. He was middle-aged and a chain smoker but unbelievably athletic and did his own stunts (and there are some truly spectacular stunts with the sliding down the tapestry scene being a highlight). He really is convincing as a hero in the epic style.

The main problem is that the film is too long, and spends too much time on the backstory. Of course that might well make it appeal to audiences today who are accustomed to excessively long movies and excessively detailed origin stories.

Once we get past the backstory the movie really livens up with some stirring action scenes. 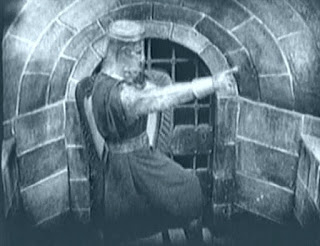 I’ve always through of Robin Hood’s Merrie Men being perhaps a few dozen men, but in this movie Robin Hood has hundreds of followers. He’s the leader of an outlaw army rather than an outlaw band.

All the familiar characters are there - Will Scarlett, Friar Tuck, Allan-a-Dale, Little John.

Of course the audience knows all along that Lady Marian is still alive - we saw her fake her death when she decided that that was the only way to escape the unwelcome attentions of Price John’s chief henchman (and the Earl of Huntingdon’s hated rival), Sir Guy Gisbourne. Lady Marian takes refuge in a nunnery, but she doesn’t become a nun. She is sure that Huntingdon will come back for her to claim her as his bride. 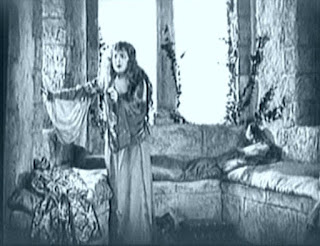 This is not the best of the Fairbanks swashbucklers. The Mark of Zorro for one is better, The Thief of Bagdad is much more visually stunning and The Gaucho is more interesting. But once you get past the overly slow first half Robin Hood offers pretty decent entertainment.

If you like swashbucklers and you like silent movies (or if you’re a Fairbanks fan) then it’s worth seeing. Recommended, but it is a bit long and a bit slow.
Posted by dfordoom at 4:29 AM