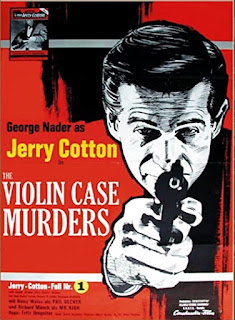 The Violin Case Murders (AKA Tread Softly, original German title Schüsse aus dem Geigenkasten) was the first of the eight Jerry Cotton crime thrillers made by Allianz Filmproduktion in West Germany and distributed by Constantin Film. The Jerry Cotton movies were similar in some ways to the hugely popular Rialto Edgar Wallace krimis but with more emphasis on action and with a harder edge. Being ostensibly set in the United States rather than England also gives them a distinctively different flavour.

This movie hits the ground running. There’s a brutal murder using a machine-gun hidden in a violin case followed by two more equally brutal murders. The murders take place during the course of two robberies. One robbery takes place in Pasadena in California and one in Chicago but when the FBI gets a phone tip-off indicating that the crimes are linked it becomes a federal case.

The tip-off came from Mary Springfield. She’s found out that her sister Kitty is mixed up with gangsters, and those gangsters are pulling off major robberies with violence. 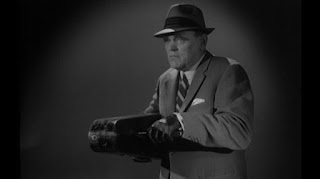 Jerry Cotton gets just enough information out of Mary to provide a lead. It involves a bowling alley near Grand Central Station and a bomb. It’s a race against time and Jerry has to infiltrate the gang by posing as an alcoholic hoodlum. Why an alcoholic? Well I guess there’s a sort of reason for it and it lets George Nader have some fun.

Jerry discovers the gang’s plan but stopping them won’t be easy and there’s a complication which means Jerry has to go lone wolf. He can’t let his boss at the FBI know what he’s up to. Jerry has reasons for his action but it could put his career in jeopardy if it goes wrong. That’s assuming he survives which is by no means certain. He’s taking big risks. 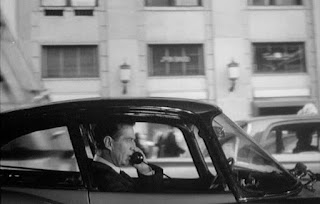 This is a heist movie. The heist is not overly complicated but the focus is mainly on how it plays out in practice and that’s where this movie shines. Things go wrong for the gang but they go badly wrong for Jerry Cotton as well. It seems like the gangsters are going to slip through his fingers.

This is a pretty violent movie for 1965. There’s no blood or gore but there are some shockingly cold-blooded killings.

The pacing is pleasingly brisk. Jerry Cotton has little time to spare for romance. He’s dedicated to the job and he’s hardboiled all the way through. 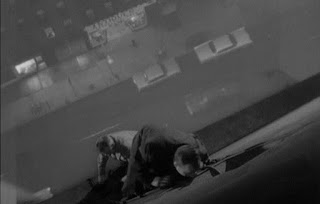 George Nader makes a very satisfactory square-jawed action hero. Nader had had moderate success in Hollywood in the 50s but by the 60s he joined the small army of American actors and actresses who found that Europe offered much better opportunities.

Jerry Cotton is a pulp fiction fan’s idea of what an FBI agent would be like. This is not a movie that concerns itself overmuch with realism.

Making a modestly budgeted feature in Germany with an American setting means that considerable use has to be made of rear projection and stock footage but these elements are integrated into the movie with more finesse than is usually the case. Once the story starts to grab you you find yourself not really noticing. 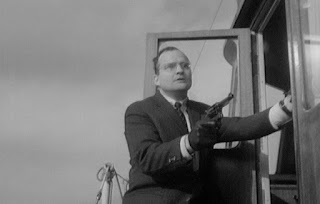 Mention must be made of Peter Thomas’s music. It’s wildly inappropriate but it works and it adds to the crazy 60s euro vibe.

All eight Jerry Cotton films are included in the recent German DVD boxed set, with the English dubbed versions included. The 16:9 enhanced transfer for The Violin Case Murders looks terrific (the movie was shot widescreen in black-and-white although the later movies in the series were in colour).

The Violin Case Murders aims to provide pure high-octane entertainment and it delivers the good. Highly recommended.
Posted by dfordoom at 3:37 PM