Theodora Lynn (Irene Dunne) lives in a small town and is a pillar of the local community. She plays the organ in the local church and teaches Sunday School. She is also, unbeknownst to the townsfolk, the author of a scandalous novel. And it’s not just a scandalous novel, but a huge bestseller as well. She has managed to keep her real identity a secret until her publisher persuades her to go out on the town during a visit to New York. She makes the acquaintance of a rich young artist named Michael Grant (Melvyn Douglas). Unfortunately he follows her home and proceeds to harass her unmercifully. 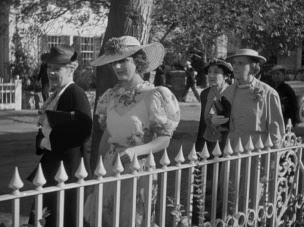 He taunts her about her small town life and tries to convince her that she needs to break away and become a free spirit, a rebel. Like he is. He proceeds to create a major scandal in the town. He’s a thoroughly unpleasant and irritating young man so naturally Theodora falls madly in love with him. And then discovers he’s not a free spirit after all. He’s trapped in a loveless marriage. He cannot get a divorce because his father holds a political office and dreads the thought of scandal.

Now Theodora turns the tables on him, following him back to New York and disrupting his life and creating scenes and being generally troublesome. Now at this point you might be thinking that this doesn’t really sound like a zany fun-filled screwball comedy, and you’d be dead right. In fact it’s a mean-spirited and miserable movie. It even resorts to animal cruelty to try to get cheap laughs, and that pretty much sums up the type of movie this is.

A year later Irene Dunne gave a wonderful performance in another Columbia screwball comedy, The Awful Truth, but that one was a real screwball comedy and she had a great co-star in Cary Grant and in Leo McCarey a director who thoroughly understood comedy. In Theodora Goes Wild her performance is patchy at best. The fact that she falls for a creep like Michael makes it difficult to feel any sympathy for her character. Melvyn Douglas on the other hand is thoroughly and comprehensively obnoxious as Michael. Generally speaking I have no problems with Douglas as an actor. The blame for his annoying performance here can therefore largely be laid at the feet of director Richard Boleslawski and screenwriter Sidney Buchman. Buchman must accept much of the blame for the film in general since his script is conspicuously lacking in actual humour.

The movie drags along for 94 minutes and let me tell you it was a very very long 94 minutes. 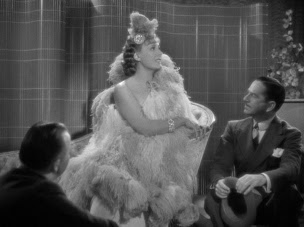 Columbia have released this movie in their Icons of Screwball Comedy series. This DVD series comprises two four-movie sets and is to be welcomed although I certainly hope the other movies are of a higher standard than this one.
Posted by dfordoom at 11:39 AM