You could be forgiven for assuming that the 1931 MGM release Dance, Fools, Dance is another of Joan Crawford’s early flapper comedies, something along the lines of Our Modern Maidens. In fact it’s a gangster movie.

She does start the movie as a flapper however. Bonnie Jordan (Crawford) and her brother Rodney (William Bakewell) are the offspring of a fabulously wealthy industrialist. They have been indulged for the whole of their young lives, lives that have been a constant search for pleasure, revolving around yachts, parties and bootleg liquor. Then comes the Wall Street Crash. It’s such a shock that their father promptly drops dead of a heart attack. His fortune had been completely wiped out and Bonnie and Rodney are now penniless. 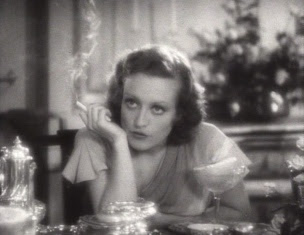 What are they to do now? Bonnie suggests that the best option might be to get jobs but Rodney has no intention of demeaning himself by performing useful work. Bonnie finds employment as a cub reporter on a major daily newspaper; Rodney goes to work for notorious bootlegger Jake Luva (Clark Gable). He assumes that no actual work will be required - he will simply use his society connections to find more customers for Jake’s bootleg hooch. He soon finds out that he will be required to do rather more than this, and that working for a gangster can be rather unpleasant. Especially when he finds himself in the middle of a major gangland killing.

Bonnie finds that being a cub reporter mostly involves covering things like poultry shows. She gets her big break in tragic circumstances. The paper’s star reporter is gunned down by Jake Luva’s goons. This reporter had taken Bonnie under his wing and she takes his murder rather personally. She jumps at the chance offered to her by her editor to undertake a very dangerous assignment - to infiltrate Jake Luva’s organisation. She gets a job as a dancer at one of Luva’s night-clubs and soon catches the eye of the mobster. The facts she uncovers will come as a devastating blow to her.

The movie can be seen as a transitional vehicle for Crawford. She plays the kind of wise-cracking hedonistic flapper that had become her specialty but Bonnie is a flapper who grows up and takes on adult responsibilities. This grown-up Bonnie is a resourceful, brave and determined woman and points the way forward to the roles she would play in her later career. We get to see her dance (and she’s a remarkably energetic and sexy dancer) and we get to see her do some serious acting. She completely dominates the movie, as she was to do time and time again in her subsequent career. It’s a fine performance. 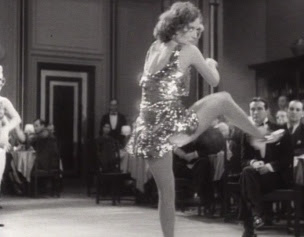 Clark Gable was still playing stereotyped gangster roles at this stage of his career but his star quality is already evident. The supporting players are generally solid.

There are a few definite pre-code moments, such as Bonnie suggesting to her boyfriend a kind of trial marriage.

MGM is not the studio that comes to mind when you think of early 30s gangster movies but they did make a few very interesting forays into the genre (Beast of the City being a particularly interesting example). Dance, Fools, Dance is very much a melodrama but it has some very dark moments and on the whole it’s a fairly effective gangster flick with the addition of Crawford’s feisty girl reporter making it part of the newspaper movie genre as well. This is one of the best of Crawford’s early movies. It’s been issued in the Warner Archive DVD-R series, and it’s a pretty good print. Definitely worth a purchase.
Posted by dfordoom at 12:49 PM