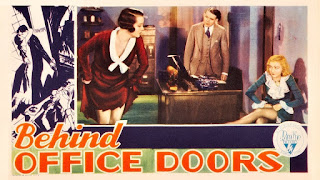 RKO’s 1931 Behind Office Doors is typical of the pre-code era in a number of ways. Apart from having some racy content the whole approach is not quite what you’d expect. The wives-vs-secretaries story line was tailor-made for a breezy romantic comedy but rather than going for laughs the movie plays it all dead straight. The result is what could be described as a romantic office melodrama.

Mary Astor plays Mary Linden. Mary is the secretary to the boss of a large paper wholesaling company. She’s been carrying a torch for the firm’s top salesman, Jim Duneen (Robert Ames), for quite a while. Her problem is that Duneen likes cheap blondes and Mary is neither blonde nor cheap. When the elderly boss of the company has to retire for health reasons Mary sees her chance. She manoeuvres Jim Duneen into a position where he seems the obvious choice to take over the company. Duneen is too busy getting drunk and chasing the aforementioned cheap blondes to be much of a manager but that’s no problem. Mary has been the one actually running the company for years and when Jim gets the top job that’s what she goes on doing.

Mary’s plan of course was that having got Duneen to the top and then kept him there through her own managerial skills he would then realise what a marvel she was and fall in love with her. Needless to say it doesn’t happen. Jim even has the poor taste to bring his current mistress Daisy Presby (Edna Murphy) into the company as Mary’s assistant. When someone first coined the word bimbo it was clearly Daisy Presby he had in mind. 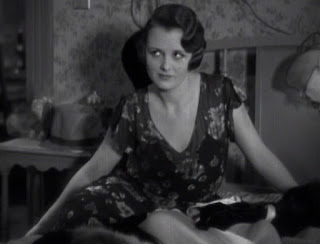 Soon Mary has even bigger problems, when Duneen starts courting Ellen Robinson (Catherine Dale Owen), the daughter of the wealthy banker who bankrolls the company. Duneen isn’t in love with Ellen but it would obviously be a very advantageous marriage for him, putting him in the big league both financially and socially. And he has every intention of continuing to have his series of mistresses on the side.

Mary is meanwhile being pursued by Ronnie Wales (Ricardo Cortez). Mary likes Ronnie but she isn’t in love with him and in any case he’s married. Mary is far too obsessed by Jim Duneen to consider any other man. In fact Ronnie Wales is a fairly nice guy and he genuinely cares for her while Jim has no interest in her whatever. Mary is actually not only smarter but also more attractive than either Ellen Robinson or Jim’s current floozy but Jim just doesn’t notice smart attractive classy women as women. 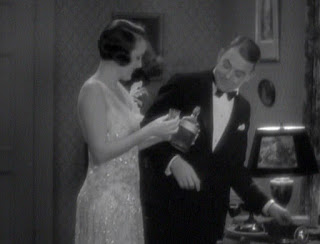 The major problem with this movie is that Carey Wilson’s screenplay just doesn’t have enough depth or complexity to sustain a serious treatment of such thin subject matter. The very uneven cast is a problem as well. Catherine Dale Owen is simply atrocious. Robert Ames is adequate but fails to put enough into his rôle to make Mary’s single-minded pursuit of him entirely convincing. Ricardo Cortez does his best but his part is so underwritten that he has few chances to shine. This is particularly unfortunate since the Ronnie Wales character really needed to be sufficiently developed to make him a serious rival to Duneen for Mary’s affections.

Mary Astor on the other hand is superb in a rôle that is far more demanding than it appears on the surface. She has to play Mary Linden as a woman who takes both life and love rather seriously but at the same time avoid making her a blue-stocking. She has to make Mary sexy, since the whole point of the movie is that Jim Duneen has a woman right under his nose the whole time who is not only more classy than his usual floozies but is also a beautiful and woman whose interest in him is clearly sexual as well as emotional. But Astor has to do this very subtly since Mary is a woman who just doesn’t do such things in an obvious way. Astor also has to ensure that the audience never comes to despise her character in spite of her excessively self-sacrificing behaviour. Astor does everything required of her and does it extremely well. 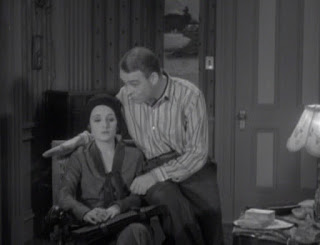 Pre-code movies also tend to be visually less than impressive. The studios were under severe financial pressure at the time and were looking to turn out movies like this one as quickly and cheaply as possible. There’s certainly nothing in the visuals of this movie to get excited about.

Behind Office Doors does however have plenty of the kind of racy content that pre-code fans enjoy. The sexual nature of situations is extremely blatant and while we’re clearly expected to approve of Mary’s determination to settle for nothing short of marriage we’re also clearly not expected to be shocked by men who maintain mistresses in a very open and public manner.

Hollywood’s pre-code movies are a strange and confusing experience for some viewers today. They express an attitude towards sex that seems at times very modern, but isn’t really. For some modern audiences this is frustrating - they see pre-code movies as somehow hypocritical or moralistic, or even timid. It’s as if Hollywood at that time was flirting with ideas of sexual liberation but (in most cases) was too afraid to go all the way. The secret is to remember that these movies are of their time. When we watch movies from the past it’s as if we were visiting another culture, one that can sometimes seem superficially very much like our own age but we always need to remember that it isn’t. The sexual and social mores of the early 1930s were very different from our own. The movies of the pre-code era might have questioned some traditional ideas about marriage but the reality is that very few people in the 30s were prepared to ditch marriage altogether, and while there may have been a more casual acceptance of things like pre-marital sex and infidelity than in previous ages the reality again was that most people were not prepared to jettison traditional views on such subjects altogether. 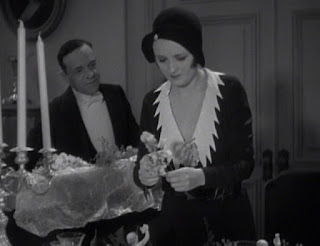 If we want to enjoy the movies of other eras such as this, and even more importantly if we want to understand these movies and understand the motivations of the characters, we need to maintain a respect for the values of the era. Judging Mary Linden’s actions by today’s standards just isn’t going to work. When Mary looks at the price tag on her lingerie and realises that effectively she’s selling herself for less than the going price for a floozy like Daisy she might not react the way a woman in 2013 would react but she does react the way a woman such as her would react in 1931 and the device makes its point rather neatly and economically.

Roan’s DVD release looks quite reasonable for a public domain movie. Behind Office Doors has some serious flaws but Mary Astor’s performance is good enough to carry the movie. Worth a rental for pre-code fans and worth a purchase if you’re a fan of this rather underrated star.
Posted by dfordoom at 10:11 PM