The Interrupted Journey, a 1949 British crime thriller directed by Daniel Birt, has a rather intriguing premise involving trains and infidelity.

John North (Richard Todd) and Susan Wilding (Christine Norden) are running away together. They’re both married, but not to each other. John North is an aspiring writer and he’s leaving his wife Carol because she wants him to give up this writing nonsense and get a proper job. John and Susan catch an express train from Paddington Station but then John has second thoughts about leaving his wife. It occurs to him that Susan may have no more patience with his dreams of being a writer than his wife. He decides he has to get off the train.

He finds himself in a very awkward situation and has some explaining to do, and not just to his wife. He will also have to explain certain things to Clayton, the man from the railways investigation branch. 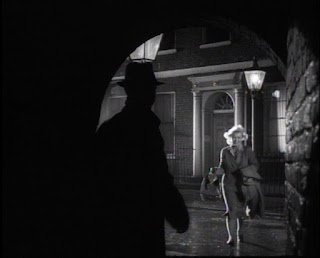 I don’t want to say any more about the plot because it has some ingenious elements. The twists start early and it’s better not to risk spoiling any of them.

John North is not an easy character to have much sympathy for. He’s not a bad man but he is rather weak and rather unwilling to take responsibility for his actions. Even when those actions led to disaster he seems to be more afflicted by self-pity than remorse. Richard Todd was a solid if unspectacular actor and his performance is reasonably effective - he makes us have mixed feelings about the character and that’s necessary if the film is to work. 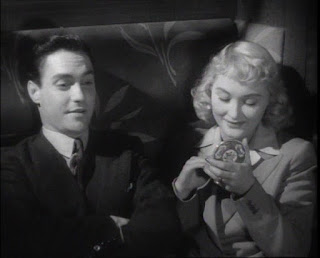 Valerie Hobson is good as Carol, the wife who really doesn’t quite know what to do with this husband of hers.

The British film industry in the 40s and 50s had an endless supply of fine character actors who were remarkably good at playing policemen. Tom Walls fulfils that function here and does so very competently, playing Clayton as an avuncular type but with an obviously sharp mind. 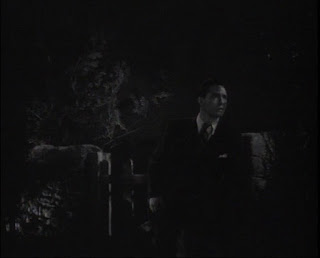 Everything is moving along nicely until we get to the ending, and then it’s a case of a perfectly good movie being completely and utterly ruined. The ending isn’t just disappointing, it’s catastrophically bad. I have seen it argued that the ending isn’t a complete surprise, and there is some substance to that argument, but even taking that into account for me it was still catastrophic. The Interrupted Journey is included in Kino Lorber’s British Noir II boxed set. Does it have any actual claims to being film noir? Possibly. John North is a man whose personal failings lead him to make small mistakes which plunge him into a world of darkness. So it’s marginally noir although the ending makes it difficult to classify it as actual noir.

The Interrupted Journey has some very good ideas but ultimately it’s a bitter disappointment. At the end of this journey I wanted my money back and I wanted that 80 minutes of my life back. Not recommended.