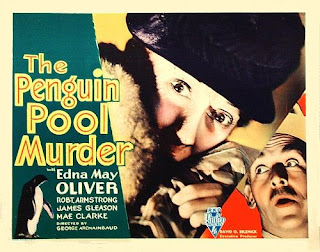 The film series went rapidly downhill after her departure. Attempts were made to revive it on television in the 50s and as a TV movie in the early 70s, with a noticeable lack of success. There was just no way to make the formula work without Edna May Oliver. 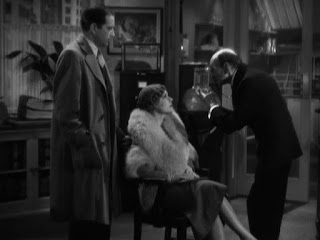 The Penguin Pool Murder begins with a murder. Stockbroker Gerald Harper is discovered floating in the penguin pool in the New York Aquarium. His wife Gwen (Mae Clarke) and her friend Philip Seymour (Donald Cook) are obvious suspects. She was planning to leave her husband and go off with Seymour and they were both at the aquarium at the time. And Seymour had slugged Harper.

To Inspector Oscar Piper (James Gleason) it all seems straightforward. Miss Withers is not so sure. She was the one who first spotted the body. She was at the aquarium with her class and had already done some crime-fighting, having apprehended a pickpocket. The pickpocket has Harper’s watch in his pocket so he could be a suspect. Bertrand B. Hemingway, the director of the aquarium, might also be a suspect - he blamed Harper for ruining him. Even Hildegarde is a suspect at one point. But Gwen and Seymour seem to be Inspector Piper’s favoured suspects. Gwen’s lawyer Barry Costello (Robert Armstrong) hopes Miss Withers can clear her. 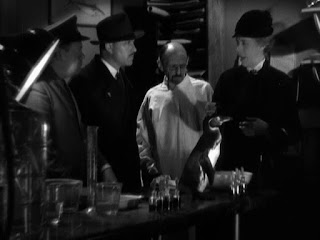 Inspector Piper soon realises that Miss Withers is going to be collaborating with him on this case whether he likes it or not. At first he’s irritated but they grow on each other.

Hildegarde also gets some help from the aquarium’s penguin. He finds a vital clue.

To be honest the mystery plot, while serviceable, isn’t particularly outstanding. Most of the success of the movie is due to the performances of James Gleason and (especially) Edna May Oliver, and the fine comic repartee between the two of them. The other performances are all solid. Plus it has penguin cuteness. 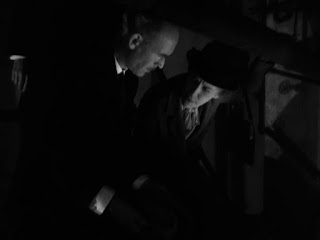 George Archainbaud had a long if not especially distinguished career as a director, starting in 1917 and finishing with television work. He was something of a specialist in westerns.

I haven’t read Stuart Palmer’s novel so I can’t say how well it compares to the movie. I’ve only read one Hildegarde Withers novel, The Puzzle of the Blue Banderilla, which (like this movie) combines comedy and mystery but with the mystery elements being just a little weak. 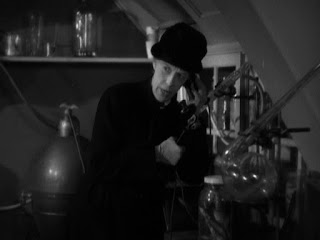 All six movies in the series have been released in the Warner Archive Hildegarde Withers Murder Collection boxed set. The Penguin Pool Murder gets an acceptable transfer although the sound isn’t always all that great.

The Penguin Pool Murder would have been a fairly average mystery movie but the two wonderful leads are enough reason to give it a recommended rating. Lightweight fun but nowhere near as good as the contemporary Charlie Chan mysteries.
Posted by dfordoom at 12:53 PM