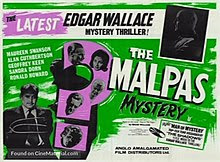 Audrey Bedford (Maureen Swanson) has just been released from Holloway after serving nine months for her part in a jewel robbery. She was framed. Even the cop who arrested her, Inspector Shannon (Ronald Howard), thought she was innocent but the jury unfortunately disagreed. 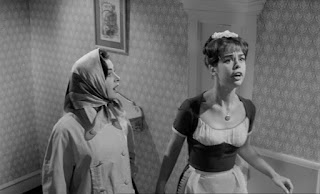 Now Audrey is staying with her sister Dora (Sandra Dorne). Audrey is rather surprised when Dora’s rich boyfriend Lacey Marshalt (Allan Cuthbertson) suggests that Dora invite her to one of his exclusive parties. Audrey is in for some other surprises as well. Lacey’s mysterious next door neighbour Malpas offers her a job. A detective agency offers her a job. And Inspector Shannon is being very friendly towards her.

There’s already a slightly sinister atmosphere creeping in. Malpas is a very strange guy who is clearly up to no good. In fact we get the impression that he’s some kind of criminal mastermind. His house is very spooky, festooned with cobwebs but with doors that open automatically. Nobody ever gets to see his face. 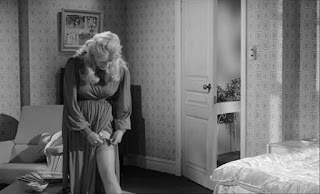 Malpas is not the only mysterious character. There’s also Torrington (Geoffrey Keen), who is searching for a particular man and a particular woman. Almost everybody seems to have some sort of scheme going and there seems to be some connection between all these schemes. One man has already been killed and it’s not impossible that more murders will follow.

Maureen Swanson makes a likeable heroine. She had a brief career in film before marrying into the aristocracy. Ronald Howard and Allan Cuthbertson were very reliable actors as was Geoffrey Keen and it’s no surprise that all give fine performances. Sandra Dorne was another starlet who never really made the big time although she was kept by with television work in the 50s and 60s. Her performance is quite solid. 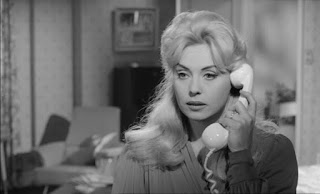 Sidney Hayers did lots of television directing but made few features. Those he did make included the superb The White Trap (1959) and the terrific gothic horror film Night of the Eagle (1962) so he really should have had a better career.

The script (by Paul Tabori and Gordon Wellesley) is more than serviceable enough to keep things interesting.

From the late 40s to the early 60s it seemed like the British just couldn’t make a bad mystery thriller. Some very better than others, some were absolutely superb but even the lesser examples were pretty good. This is one of the better examples. It has the classic Edgar Wallace feel with plenty of devious twists and everyone up to something mysterious or shady. 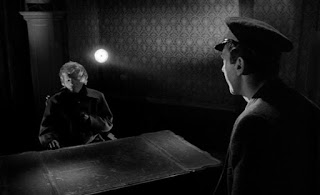 And since this is Edgar Wallace there are secret passageways!

Network have as usual provided an excellent anamorphic black-and-white transfer, without any extras on the disc.

The Malpas Mystery should please Edgar Wallace fans and it should also please fans of British mystery/crime B-pictures. Highly recommended.