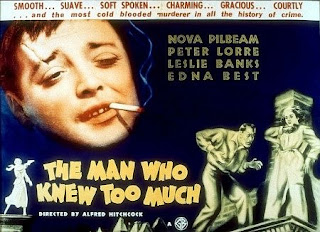 The Man Who Knew Too Much marked the beginning of the extraordinary run of great British thrillers made by Alfred Hitchcock in the 1930s. A run of films that would establish his international reputation. He would never again be so consistently at such a peak of creativity. It’s also a movie in which you can see the Hitchcock formula falling into place. Pretty much everything you want in a Hitchcock movie is here - an attractive couple in love, the combination of suspense, romance and humour, the spectacular visual set-pieces, ordinary people caught up in extraordinary events.

Hitchcock remade this movie in 1956 but the original 1934 version is the better movie.
It was also his first spy thriller.

Bob Lawrence (Leslie Banks) and his wife Jill are in Switzerland. Jill is competing in a shooting contest - she’s a champion markswoman. They’re clearly a very happily married couple. They’re accompanied by their fourteen-year-old daughter Betty (Nova Pilbeam). And then a murder takes place (in a very cleverly shot scene). The dying man gives Jill a message that absolutely must reach the British Consul. 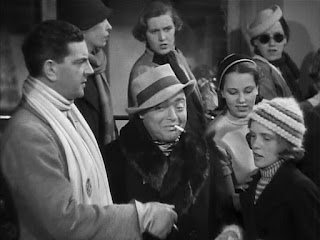 It soon becomes clear that someone is determined to stop the Lawrences from passing on that message. That someone has decided to make sure of stopping them by kidnapping young Betty.

The Foreign Office thinks the murder was connected to a plot to assassinate an eastern European statesman. They want the Lawrences to co-operate but the Lawrences have to decide between their daughter’s life and the statesman’s life and their daughter’s life matters more to them. They won’t help the government. Bob Lawrence does however decide to do some investigating on his own. He finds out quite a bit but there’s still the problem of how to foil the assassin’s plot without risking Betty’s life. 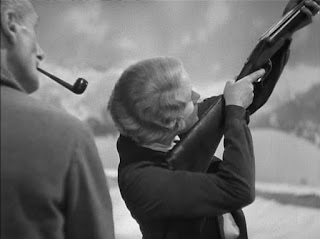 There are just so many classic Hitchcock moments in this movie. The scene in the dentist’s office. Mixing danger with some dark humour. The fight in the Tabernacle of the Sun. Hitchcock really doesn’t put a foot wrong.

One weakness in later Hitchcock is the pacing. His movies became much too long. This movie has a running time of just 75 minutes. The remake took 120 minutes to tell an inferior story. In 1934 Hitchcock’s pacing was blistering. There’s not a single wasted scene in the 1934 version.

There’s humour of course, but just the right amount to provide an occasional letup in the tension before Hitchcock ramps up the suspense once again. 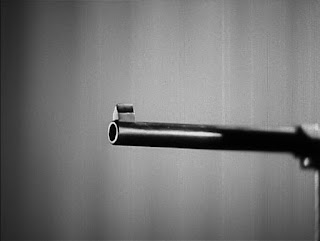 Leslie Banks, a big name at the time, is very good as is Edna Best as his wife. Nova Pilbeam’s performance impressed Hitchcock so much that three years later he cast her as the female lead in the superb Young and Innocent. Hitchcock was right. She gives a terrific performance in The Man Who Knew Too Much.

Of course it’s Peter Lorre who owns this movie. He’s in full-on sinister foreigner mode. He’s terrifying but he has funny moments which just serve to make him seem more menacing. His politeness increases his sense of menace as well. He can be polite because he believes that his plans are so carefully laid that they cannot fail.

Lorre is so delightful that we’re tempted to root for him even though he’s the villlain, but there’s no real danger that we’ll actually do that. If the bad guys win then young Betty will die and we really like her. There’s nothing like a Woman in Peril to keep the audience on the side of the good guys.

This movie features the first of Hitchcock’s really famous visual set-pieces, the superb Albert Hall sequence. It’s much more effective than the equivalent scene in his remake. 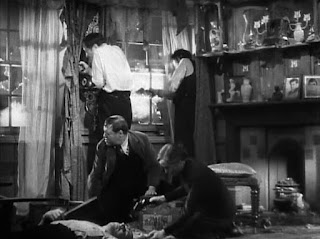 Unusually for a Hitchcock movie there’s an extraordinarily bloody extended action finale with probably the highest body count in any of his movies. That finale was inspired by the real-life Sidney Street siege in 1911.

Network’s release offers an excellent transfer. I’d previously only seen in this movie in a very dodgy VHS release. The only significant extra is a 1970s documentary on Hitchcock which includes an interview with the man himself.

He went on to make better movies but The Man Who Knew Too Much is the most important movie Hitchcock ever made. It showed him the path to success. It established him as the Master of Suspense. From that point on every time he left that path, every time he abandoned that successful formula, he experienced failure. As soon as he returned to the path he was back on top.

And The Man Who Knew Too Much is in itself pretty entertaining. Highly recommended.