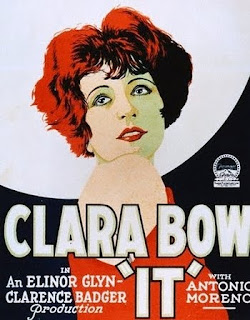 Clara Bow is the girl with “It” in the 1927 movie It. “It” is that quality that makes the opposite sex go weak at the knees, and there’s no doubt that Clara Bow has lots and lots of it.

The plot is standard romantic comedy fare, but the movie has some interesting features. Bow’s character, Betty, doesn’t conform to either of the stereotypes that you’d expect in this type of movie. She’s not the sweet naïve girl who gets her man through sheer niceness, but nor is she the scheming gold digger who eventually realises that all she really wants is marriage and True Love. Right from the start it’s obvious that Betty wants a lot more. She’s very much the New Woman, a phenomenon much talked about in the 20s. She wants money certainly, and she wants love. She also wants fun, and very clearly she wants sex. When she first sets eyes on her handsome new boss, she practically drools. 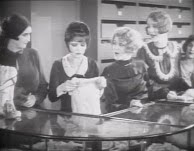 Bow does a wonderful job of conveying a healthy and very enthusiastic sexuality. Betty is definitely out to get this man for herself, but she relies mostly on her own considerable charms rather than on manipulation.

An even more interesting, and pleasing, feature is that the two main male characters (the only significant male characters in the movie) are not especially threatened by the New Woman. They’re not particularly con 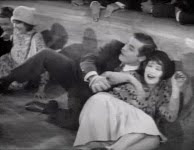 cerned with trying to “tame” her. They seem to find her refreshing, exciting and (even more pleasing) worthy of respect. It’s also interesting that being a single mother is presented as something that can involve great difficulties for a woman, but it’s certainly not presented as something shameful. This is a very modern movie in many ways.

The acting is a bit of a mixed bag. William Austin as her boss’s best friend is somewhat annoying, with the exaggerated acting style that gives silent movies a bad reputation in the eyes of many people (although in fact most silent movie acting isn’t like 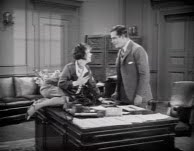 that at all). On the other hand his character, Monty, is likeable enough. Antonio Moreno as Betty’s boss, Cyrus, gives a much more naturalistic and much more satisfactory performance. Clara Bow is simply fantastic. So much energy, so much charisma. The old cliché about an actress lighting up the screen is no cliché in his case, it’s plain fact. She’s incandescent.

It is thoroughly entertaining, a charming and likeable romantic comedy and a fascinating view of the age of the flapper. The Kino DVD includes an excellent documentary on the career of Clara Bow.
Posted by dfordoom at 1:07 AM