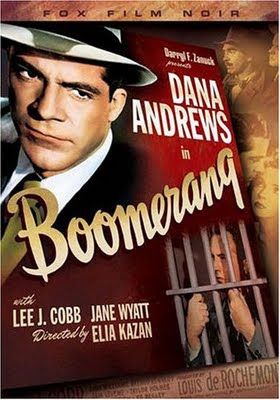 On the commentary track on the DVD release of Elia Kazan’s 1947 film Boomerang! Alain Silver and James Ursini describe it as a docu-noir, which I suppose is a reasonable description.

Based on real events and filmed entirely on location in New England it’s a story of a mysterious and completely inexplicable murder. A much-loved priest, Father Lambert, is gunned down on the streets of a small city in New England. Everyone liked and respected the priest, there are no suspects, and the police are baffled.

The city has recently has a new reform administration elected, replacing the previous corrupt political machine. Now the reform party is under extreme pressure - the major newspaper that supported the previous regime is pillorying them for the failure of the police to solve the case of the murder of the beloved local priest. Robinson, the police chief (played by Lee J. Cobb), is really feeling the heat, as is State’s Attorney Henry Harvey (Dana Andrews). Harvey is closely linked to the reform party and has considerable political ambitions. 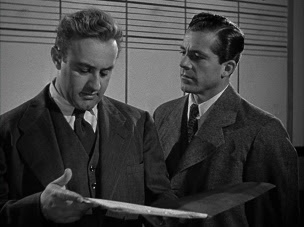 Finally the police get a break. A drifter is picked up in a neighbouring state. The case against him seems overwhelming. There’s ballistics evidence and seven eyewitness statements. After a gruelling interrogation he confesses.

It seems straight-forward, but Chief Robinson always had niggling doubts and State’s Attorney Henry Harvey has even more troubling concerns about the case. Harvey must choose between his ambitions and his growing feeling that the accused man may well be innocent. The reform party wants a quick conviction to restore its credit before the upcoming election. 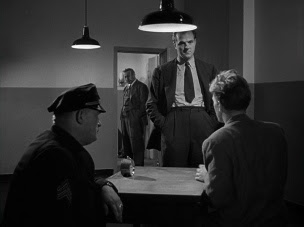 The second half of the movie is mostly occupied with various lengthy and involved courtroom procedures (although one is inclined to be very dubious as to whether any court in history has ever been conducted in the manner portrayed in this film)..

Dana Andrews gives a fine and subtle performance. Lee J. Cobb, an actor I generally dislike, is reasonably good. Karl Malden gives good support as a senior detective. Arthur Kennedy is all tortured intensity as the accused drifter, and perhaps overdoes it somewhat. 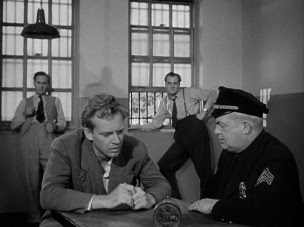 The style is an odd and uneasy mix of documentary fashion pseudo-realism and film noir stylisation. It has some good visual moments. The courtroom scenes tend to drag quite badly, as is the case with most movie courtroom scenes.

The movie was shot entirely on location which was unusual for 1947. Kazan wanted to film it in the actual town where the real-life events took place but was advised that legal problems might ensue. It was shot instead in a nearby town. Also unusual was the use of many actual townspeople in supporting roles - apart from the main characters just about everyone else is a non-actor. It’s a dubious technique but Kazan just about gets away with it. 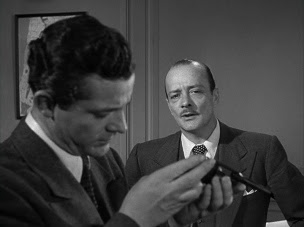 I’ve always had mixed feelings about Elia Kazan. I love his Tennessee William adaptations (especially the gloriously outrageous Baby Doll) but his social consciousness pictures strike me as heavy-handed an overly earnest. But I admit to a personal bias - I really dislike the Hollywood social problem movies of that era.

Boomerang! also suffers from a plot that is much too obvious. On the plus side I like the fact that both sides of politics are portrayed as being equally corrupt. The way the focus gradually shifts from the accused (a man trapped by circumstances) onto the State’s Attorney (who becomes more and trapped himself as he ponders the consequences of doing the right thing) is also quite effective.

Boomerang! is a mixed bag but with enough unconventional features to make it worth a look even if it is at times just a trifle on the dull side.

The DVD, from the Fox Film Noir series, looks glorious. The main extra is the commentary track by Alain Silver and James Ursini.
Posted by dfordoom at 8:46 PM